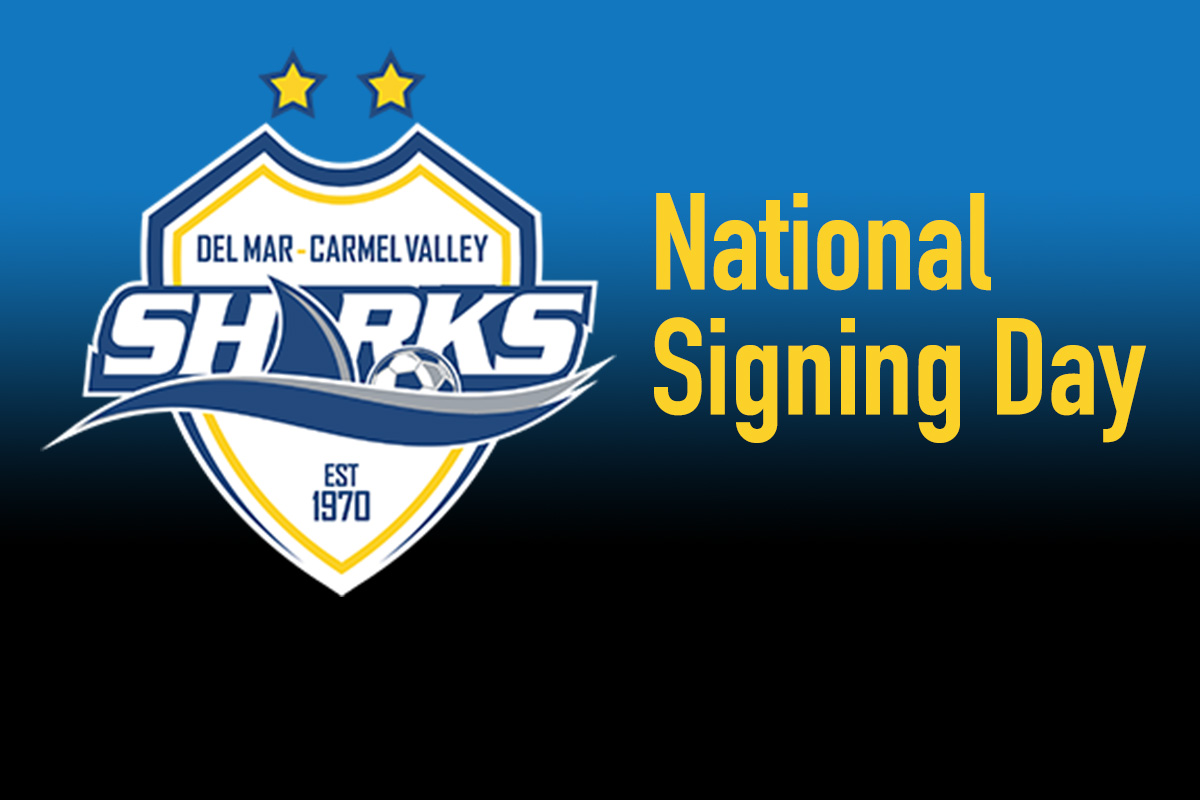 Soccer players across the nation signed their “NLI” (National Letter of Intent), committing to their chosen college soccer program.

Among the excited players, parents, and coaches was an impressive contingent of DMCV Sharks players.

Coach Tony Armesen joined some of his ECSL G01/02 players at Petco Park for a signing ceremony. After the ceremony, Coach Tony was kind enough to share this picture with SoccerNation:

And here are even more ECNL Sharks:

From all of us at SoccerNation, congratulations! And Good Luck in your freshman seasons!