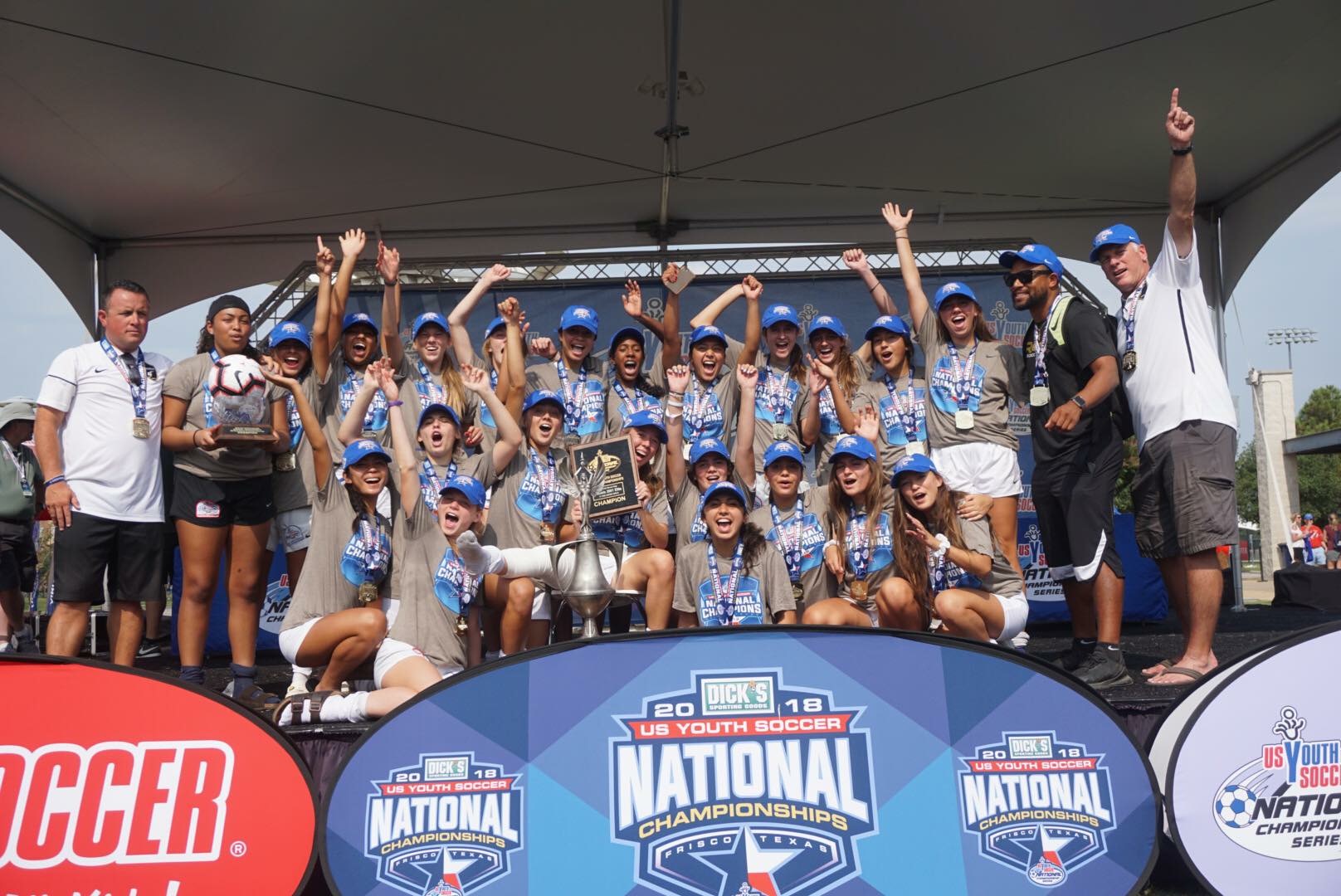 The Rebels Girls 2001 team won the U17 National Championship in Frisco, Texas this past Sunday. The competition, which starts out with roughly 800

The Rebels Girls 2001 team won the U17 National Championship in Frisco, Texas this past Sunday.

The competition, which starts out with roughly 800 teams nationwide in May, was reduced to just eight teams from New York, Maryland, Missouri, Ohio, Massachusetts, California, and Louisiana for the final round that was played from July 24-29.

The Rebels, led by Director Ryan Marquez, started off the tournament in a sobering game in which they were winning 2-0, only to have the FCKC team from Kansas City roar back to win the game 3-2 with the winning goal in the last minute.

The team bounced back and won their next three games 6-1 against Mandeville SC Lakers from Louisiana, 1-0 vs BC United from New York and 1-0 against Premier Navy from Maryland.

The Rebels were rewarded for their resilience with a rematch in the final against the same FCKC side that humbled them in the first match. After a scoreless 90 minutes, Rebels scored off a cross as Emma Gaines-Ramos beat the opposing left back and crossed it to Ashley Herndon who had just come in minutes earlier for the injured forward Riley Curran.

The first attempt was denied, but Herndon was persistent as her first shot deflected back to her. She shot again this time beating the keeper on her right side in the 95th minute of stoppage time.

Even more impressive in their five games of the competition was the style of play the Rebels displayed as they out-possessed their opponents. The team was able to keep the ball for large periods of the game. Brooklyn Hawkins, the goalkeeper, never punted the ball and the Rebels never went long on goal kicks – displaying the style of play that brings out the beauty of the game. With this win Rebel Earns their first National Title. 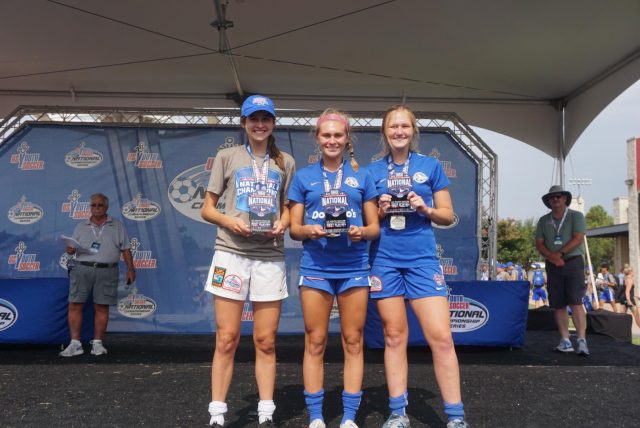 Forward Erin Healy was selected as one the best 11 of the overall competition.