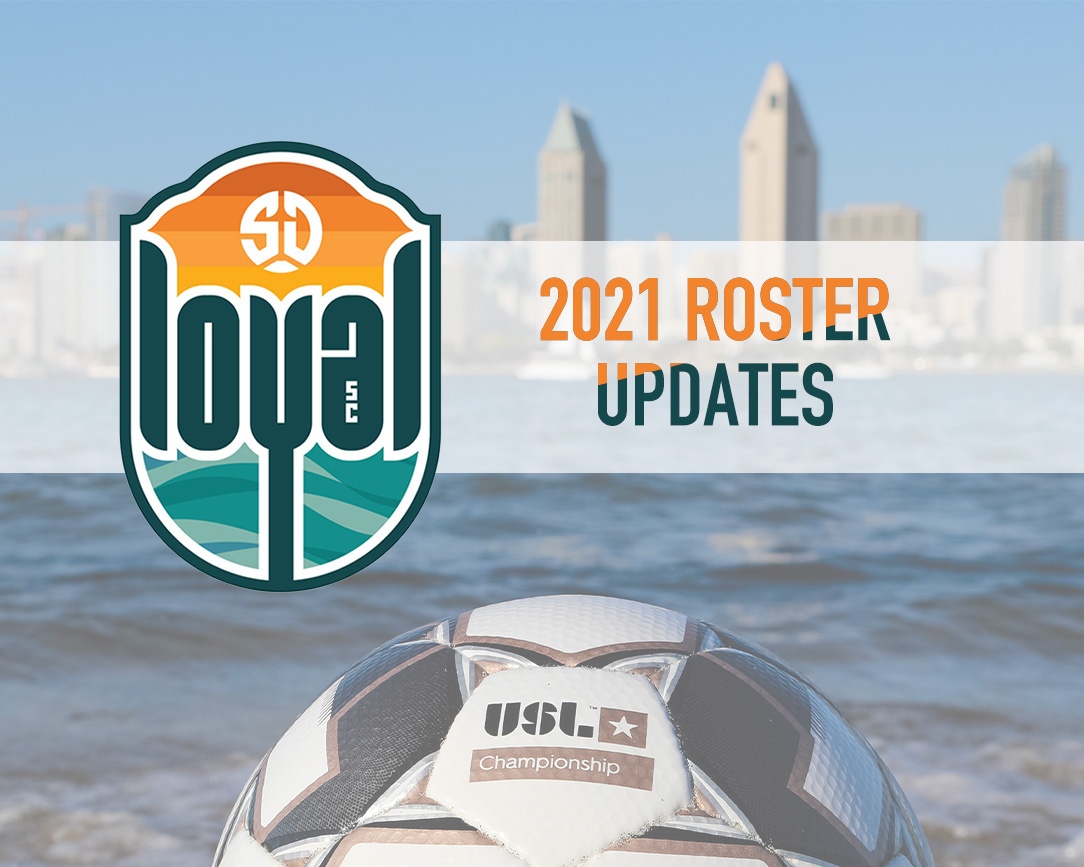 San Diego, CA (Dec. 9, 2020) – San Diego Loyal SC (SD Loyal) announced today that seven players will remain under contract for its 2021 USL Championship season, pending league and federation approval. These core players will continue to compete for SD Loyal, and for the community of San Diego, after an inaugural 2020 season which gained global awareness on and off the pitch.

“When we started Team 1, we were looking for players who were not only talented on the soccer field, but also represented San Diego in a genuine and authentic way,” said Landon Donovan, EVP of Soccer Operations and First Team Manager. “We are thrilled to bring back a core group of players who will help us be successful for many years to come.”

Midfielder Adams, 26, made 15 appearances for SD Loyal in its inaugural season. He will be tattooed into SD Loyal history. The British player scored the first goal in SD Loyal history in a 1-1 tie against Las Vegas Lights in the team’s debut.

Midfielder (Collin) Martin, 26, made 14 appearances logging 1,094 minutes for SD Loyal. Martin set up SD Loyal’s first goal in the 2-1 win against Tacoma Defiance, the club’s first win in history on March 11. The openly gay player made international headlines when he and Coach Donovan led the team walking off the pitch in protest over homophobic slur.

Defender (Elijah) Martin, 24, has made 15 appearances logging 1,082 minutes and started the SD Loyal inaugural season as part of the Team 1 first 11 against Las Vegas Lights FC. The defender led the club in both interceptions with 24 and tackles with 25. Martin also made international headlines in a 2020 season match against LA Galaxy II when a player directed a racist remark toward the experienced defender, and the team retroactively forfeited their draw during their playoff push.

Defender Metcalf, 28, made 15 appearances, logging a team-high 1,269 minutes and scored the first ever goal for SD Loyal at its home pitch at the University of San Diego’s Torero Stadium during a friendly match against Panama’s Costa del Este. Metcalf led the club in key categories such as assists (4), key passes (20) and crosses (47).

Midfielder Moshobane, 26, made 14 appearances and is a versatile striker who adds a diverse attack for SD Loyal. Moshobane threatened in the final third, creating 14 chances and putting 12 of his 14 shots on frame. He came to the United States in 2015 from South Africa and quickly proved his ability to play the game well.

Defender Stoneman, 25, made 14 appearances with 1,259 minutes played and made his USL Championship debut while starting for SD Loyal in the club’s inaugural match against Las Vegas Lights. Stoneman anchored the backline leading the club in clearances (53) and blocks (17). He also led the club with 880 passes.

Defender Zizzo, 33, is perhaps the most experienced player on the team. The San Diegan is a 15-year veteran, who appeared in 10 matches as the 2020 team captain. He leads the core group of returning players as a leader and respected veteran. He started in the team’s inaugural match against Las Vegas Lights FC, a special moment as he represented his hometown professional club for the first time.