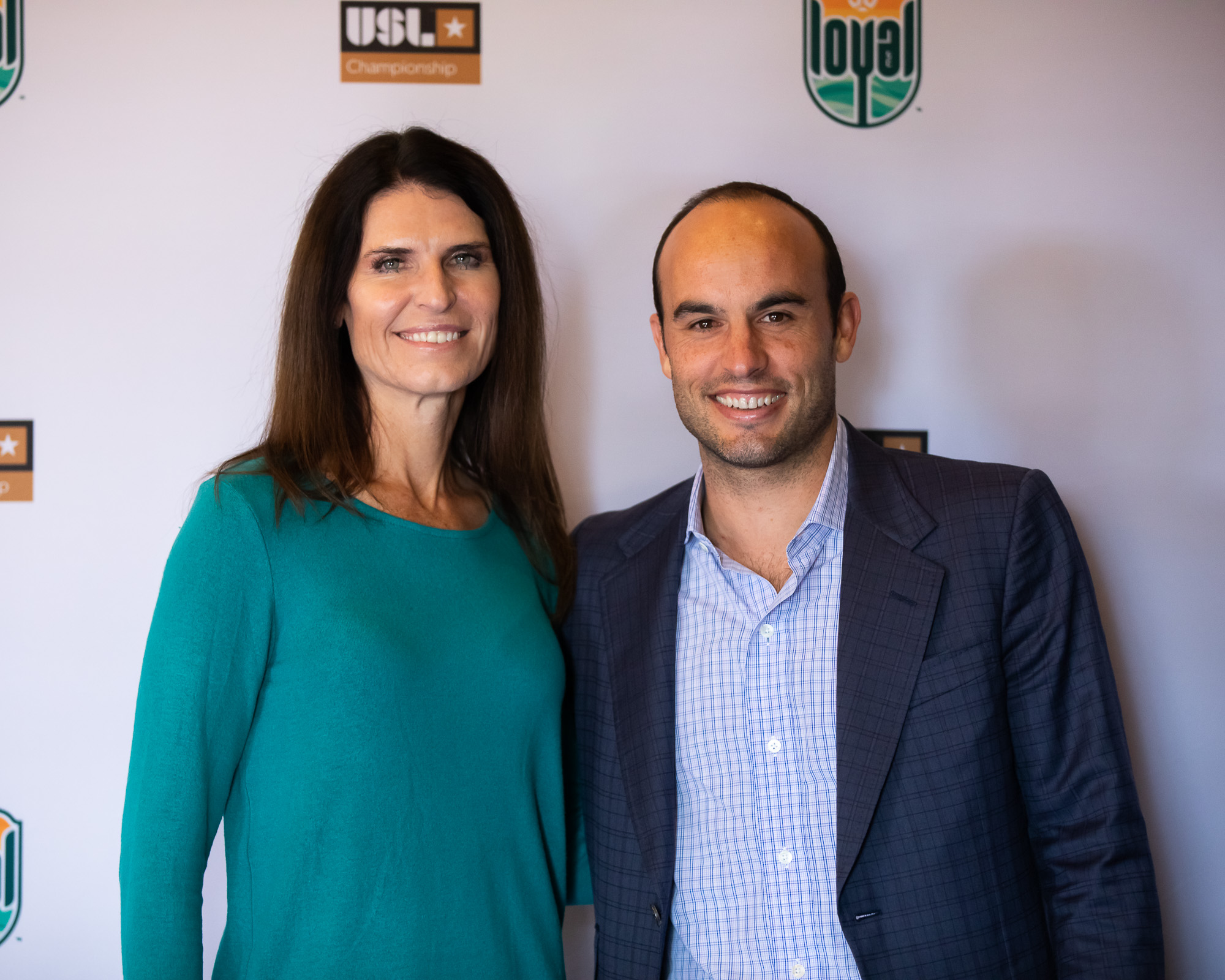 Broken unofficially by SI.com, it's now official. At the Jenny Craig pavilion on the campus of USD, SD Loyal executives announced the team's m

Donovan will be the team’s manager and the club’s executive VP of soccer operations. Donovan and SD Loyal coaching staff and advisors are currently putting together the team’s roster. SD Loyal, under their new manager, will be playing the USL Championship in March of 2020.

Carrie Taylor has been part of the USL San Diego team since Day 1. Today, she was officially announced as a San Diego Loyal Assistant Coach. She told me, “I’ve been working on player identification with Landon every day. We are really excited about getting this team together.” Taylor is one of only five women who have coached an NCAA men’s soccer team. She also holds a US Soccer A-license.

In addition to Landon Donovan and Carrie Taylor, SD Loyal announced a strong contingent of technical staff. These professionals will support the SD Loyal players on and off the field:

From left to right, the SD Loyal technical staff pictured above:

During the presentation, Donovan joked, “Yeah, I played for the US Men’s National Team. But I’m not the one who has an Olympic Gold Medal and a World Cup medal. I came in fourth in the Olympics once, though!”

During the event, Warren Smith said, “We’ve got a few thousand season ticket deposits already. This stadium is going to be packed.”

Time is running out to have access to Early Bird pricing on SD Loyal season tickets. PLACE YOUR DEPOSIT HERE. With your deposit, you will have access to the discounted pricing. Anyone who places a season ticket deposit on December 1st or later will pay more.

Stay tuned for even more news about the SD Loyal player roster.