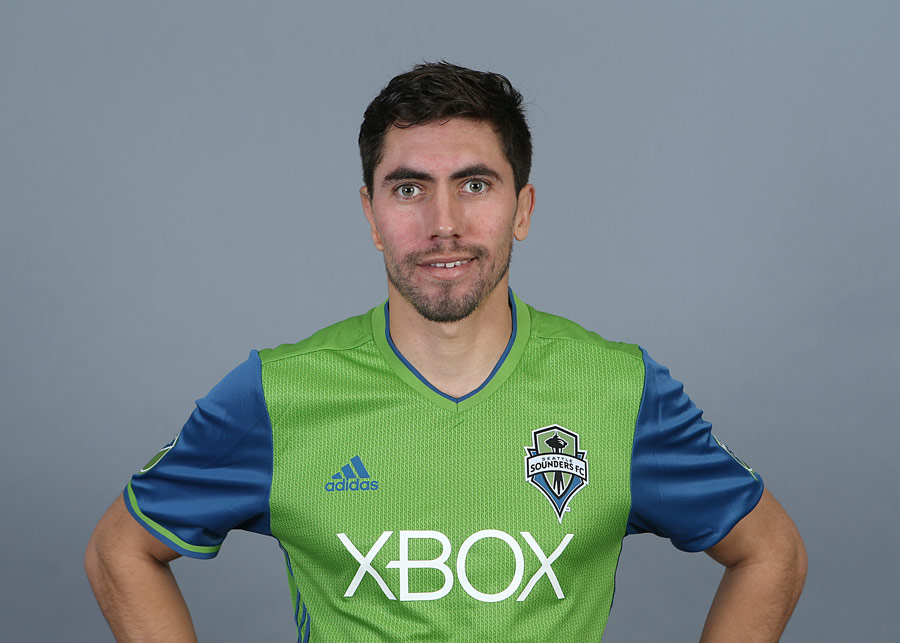 The San Diego Homegrown Series is a feature in which we track the progress and interview players from our area who are playing professionally. For more interviews click here.

Up next in out San Diego Homegrown Series is none other than Seattle Sounders midfielder Michael Farfan. Farfan and his twin brother Gabriel were both raised in San Diego and have gone on to have very succesful professional careers in Major League Soccer and abroad.

Michael Farfan was acquired in by the Sounders on January 20th, 2016 after spending time in MLS with D.C. United and the Philadelphia Union. Farfan was an MLS All Star in 2012 and spent time with Crul Azul in Liga MX in 2014.

SoccerNation.com: What’s your full name and back round?
Farfan: My name is Michael Farfan.  I am Mexican-American.  My dad was born in Tijuana, Mexico and my mom was born in San Diego, CA. I was also born and raised in San Diego.

SoccerNation.com: Where did you grow up? How did you start playing and where?
Farfan: I grew up in Chula Vista, California, just south of San Diego. My dad loved soccer so my twin brother and I grew up with a ball at our feet. We played AYSO at Chula Vista High School, then got onto an indoor team, and then played in Bonita for the Rebels.

SoccerNation.com: Which high school and college did you attend?
Farfan: I went to Castle Park my freshman year of high school and then got invited to residency with the U-17 National team.  After the two years in residency, I went to Cal State Fullerton for two years.  I then transferred to UNC Chapel Hill where I finished my college soccer career.

SoccerNation.com: What is the highest level you have played at and where are you currently?
Farfan: My highest level would either be MLS or Liga MX.  I currently play for Seattle Sounders FC of MLS.

SoccerNation.com: What were your favorite tournaments in San Diego/So Cal?
Farfan: Even though I played for Nomads, I’d have to say my favorite tournament was the Soccerloco Surf Cup. Having all the fields in one place was awesome.  Everyone was at the tournament and in between games I remember I would have a teriyaki bowl with a cup of shaved ice or a lemonade from hot dog on a stick.

SoccerNation.com: Where was to go-to spot for the best soccer gear/apparel growing up in San Diego?
Farfan: Nomads helped us out with gear but whenever we needed new shinguards or new cleats we would go to SoccerPost (now soccerloco) one or two exits from Qualcomm stadium.

SoccerNation.com: What were your favorite pair of cleats?
Farfan: My favorite cleats by far were the Lotto Estadio. I was always into kangaroo leather and I loved the all black Lotto cleats with the bright green logo and bright green bottoms.

SoccerNation.com: Which is the best team you have played against?
Farfan: Real Madrid is the best team I have ever played against.  They have such quality players at every position that it was fun to measure one’s abilities against such superstars.  It was surreal in some moments when I would look around to pass the ball and I would see Kaka, Özil, and Cristiano were the closest guys to me.

SoccerNation.com: Which of your coaches has been a major influence for your career?
Farfan: My dad has had the biggest influence on my career.  He taught me almost everything I know about soccer and still teaches me to this day.  After a game, he always made sure my brothers and I understood what we were doing well and what we could fix.  He also had a deep understanding of what it takes to become a professional even though he never had the opportunity to play professional himself.

SoccerNation.com: What is your first/earliest soccer memory and what is your best soccer memory?
Farfan: My earliest memories were going to play on the weekends at Montgomery-Waller Park AKA Parque de la Ala.  We would have games, then go buy candy from the ice cream man, and play another game.  We would spend the whole day at the park just hanging out with my family and my teammates.  I have so many amazing soccer memories that I could never just choose one.  Playing 1 vs. 1 with my twin brother, Gabriel, in our backyard when we were younger.  Winning U-11 Minnesota USA Cup and the U-14 National Championship in Maryland with the Nomads. My favorite moments of my career have been the moments I’ve gotten to share with the people who made it all possible for me to live my dreams.  Playing professionally side by side with my twin brother.  Scoring the winner against the Galaxy in the 94th minute at StubHub Center with my mom in the stands.  Scoring a goal against Real Madrid and seeing my dad in the stands.

SoccerNation.com: If you could hang out with one person from the soccer world who would it be?
Farfan: I would want to hang out with Zlatan… But that’s only if he liked me. Haha.  He seems like a funny character.

SoccerNation.com: What would you like to do in life after playing soccer?
Farfan: I haven’t decided yet.  I have a lot of ideas, but the one thing I’m sure of is I want to do something that leaves me enough time to spend with my family.