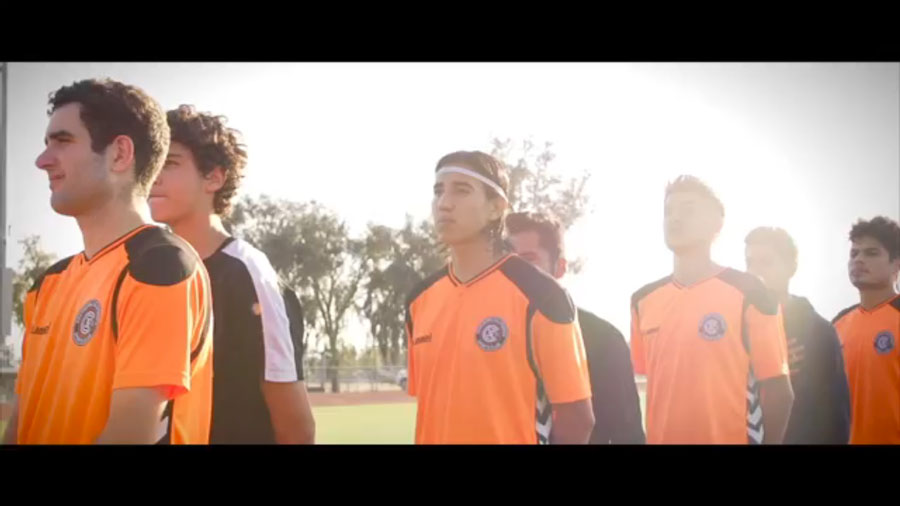 If you call yourself a fan of the beautiful game, a recently released documentary entitled San Bernardino “Alive and Kicking” is a must see.

While soccer is certainly a cornerstone of the film which tells the story of the inaugural NPSL season of Southern California Sports Club (more commonly known as So Cal SC), the sixty minute feature from Rockerazzi Films is just as focused on the humanitarian side of the game, and the social power that soccer holds.

So Cal SC was founded on December 2nd, 2015, with regular season play due to start in early April. Just hours after the drafting of the official press release and announcement of the club’s birth, tragedy struck in the form of a horrific act of terrorism. A mass shooting in San Bernardino that killed fourteen people put soccer and just about everything else on the back burner, as a community lived in a constant state of fear and mourning.

San Bernardino has long been a city with a chip on its shoulder. Plagued by ever-rising crime and drug usage rates, residents of San Bernardino are often caught between a feeling of helplessness and an aspiration to make a positive change for the city as a whole.

This was one of the main motives of club founder and General Manager Daniel Gamba, a man with a deep footballing background of Brazilian and other Latin American roots. He looked at San Bernardino as a city in need, a city he could help. This was before the tragic shootings that demoralized the city. That tragedy made Gamba see that it was all the more important to make a lasting impact on San Bernardino through the club.

In addition to the launching of the professional team, So Cal SC was influential in the revamping and rebuilding of the San Bernardino Soccer Complex. A place that less than two years ago was clearly a run down facility lacking any sort of true maintenance has been transformed into one of the top notch soccer facilities in the entire region. These fantastic practice fields and facilities have given not only a sense of pride to young players in and around San Bernardino, but also a sense of direction.

So Cal SC has made it abundantly clear since their founding that player development is something they take very seriously. Having well maintained fields and goals, all beneath a picturesque mountain range is a massive psychological boost for local players aspiring to make it to the next level, many of whom come from underprivileged backgrounds. In the San Bernardino Soccer Complex, So Cal SC has a gem of a practice home, a place that professionals and youth players alike are proud to call their own.

Make no mistake, this documentary was also about the on field struggles and triumphs of a semi-pro soccer team. The film crew followed the side throughout the entire 2016 NPSL campaign that ended in an egregiously unjust playoff loss to San Diego’s Albion Pros, with phenomenal footage of in-game action and some powerful locker room emotion that we might associate with HBO’s Hard Knocks. The beautiful, the ugly, the happy, the sad, the gut-wrenching, and the invigorating are all present.

Some of the social commentaries in the film were among its most important messages. Interviews with city residents and So Cal SC players in regards to the steep rise in hate crimes against Muslim-Americans in the wake of the shootings were inspiring to say the least, with players taking it upon themselves to be active in the community efforts to prevent violence and bigotry towards the people of San Bernardino.

The history lessons on the founding and subsequent growth of San Bernardino were informative and engaging.

And don’t forget about the actual soccer. The subject is a fourth division club in a perennial underdog of a city. The documentary is a top flight production.

Be sure to leave comments on both the film and this article. Let us know your thoughts on San Bernardino “Alive and Kicking”.