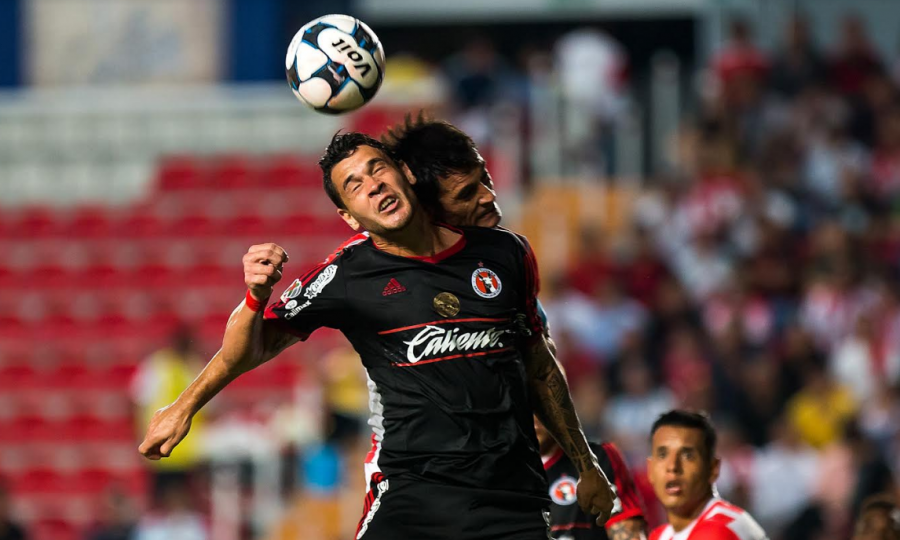 One of the big questions that Xolos fans keep asking themselves is this: How long will it last?

How long will Miguel “Piojo” Herrera and his men not only be able to hold onto the spot at first place, but also the momentum that has turned the club into a legitimate title contender?

How long will Tijuana’s attack prove to be one of the best in the league?

For Xolos, there is obviously plenty to be happy about with the current spot at the top of the league table, but Saturday night’s 1-1 away draw against Necaxa highlighted some of the problems that have slowly started to emerge for Club Tijuana.

For starters, Herrera’s defense was once again quietly making little mistakes that allowed Necaxa ample space to roam in the attack. Left-back Damian Perez is still a questionable starter and one that appears to be a weak-link, at least defensively. Although the Argentine is a great distributor of the ball going forward, Perez has had a difficult time making his defensive presence known.

In the midfield, Guido Rodriguez has continued to look like an impressive defensive midfielder, but has received little help from fellow newcomer Ignacio Malcorra. During last weekend’s match, Herrera appeared to recognize this after bringing the player off the pitch during the 60th minute of the draw. Malcorra at times looked lost alongside the busy Rodriguez who was carrying most of the workload as a central midfielder.

Finally, in the attack, Milton Caraglio is in need of a spot on the bench for at least one game. Although the 27-year-old hasn’t made enough mistakes to garner serious criticism, there is a lack of goals from the out-and-out striker who has only found the back of the net once this season. Along with a surprisingly quiet Gabriel Hauche, and a restless Necaxa opposition, Xolos couldn’t do much to gain more than just one point in the draw.

Thanks to a late goal from Dayro Moreno off a penalty in the 63rd minute, Tijuana escaped Aguascalientes with one point in hand. Luckily for Herrera, a couple of players returning from injury might be able to patch up some of the problems mentioned. After recovering from an ankle injury, defender Greg Garza is back to training with the Xolos roster. If the American is at full health by this weekend, Herrera should consider replacing Perez for the 25-year-old Texan. Former L.A. Galaxy player Juninho is also back to training and ready to perhaps steal minutes from a player like Malcorra.

With Juninho in the mix and helping Hauche with distribution, Tijuana’s attack might be able to somehow look more lethal than it already has in recent weeks. Some might point to the amount of work that would then be put on Rodriguez, but the 22-year-old has proven in the past that he is able to control the defensive midfield position by himself. As for the attack, a few different options are available for Xolos. If Caraglio is brought out of the equation, Hauche could be placed as a false nine for Tijuana, therefore giving more space for Moreno and Aviles Hurtado to take advantage of in the final third.

There’s also an option to try out a 4-4-2 with Moreno and Hurtado as the strikers and Paul Arriola and Hector Villalba as the wingers. Herrera could also really take a big chance, keep the same formation, and give minutes to a young American striker like Amando Moreno or Brandon Vazquez. The good news for Xolos is that the team will have plenty of time to fix any of the current problems. Thanks to 13 points gained in the first six matches of the tournament, Herrera will have a slight cushion to try out some new players and perhaps some formations as well. However, if the manager is unwilling to make some small changes, the aforementioned problems may continue to persist and grow during upcoming games.

Other results from Week 6 of the 2016 Apertura

Veracruz 2-2 Toluca
Veracruz’s late equalizer from Gabriel Peñalba likely felt bittersweet after a second yellow was shown to defender Lucas Rodriguez. Both Veracruz and Toluca have yet to find their second victory in the Apertura.

Cruz Azul 3-1 Santos Laguna
Santos Laguna manager Jose Manuel “Chepo” de la Torre started off his tenure with a loss against Cruz Azul. With Chepo now on the sidelines, Los Guerreros will be keen on gaining their first win of the season.

Tigres 4-2 Pachuca
In what could have been a preview for the playoffs, Tigres emerged with an exciting tally of four goals against current champions Pachuca. Los Tuzos still appear to be recovering from a busy summer that featured six of their players in the Olympics.

Morelia 3-2 Chiapas
Morelia is quietly and slowly making progress in the league. Following two late goals in the second half from Jefferson Cuero and Raul Ruidiaz, the team is now at a respectable spot in fifth place.

Leon 2-1 Queretaro
Leon is back from the dead. After going five league matches without a win, Los Panzas Verdes were able to sneak two goals past Queretaro on Saturday night. Looking ahead, Leon will have a good opportunity for three more points this week against a vulnerable Santos Laguna.

Chivas 2-2 Atlas
The Clasico Tapatio ended in a thrilling 2-2 draw at the Estadio Chivas. Los Rojiblancos’ Angel Zaldivar, with two goals in hand, was the best player of the evening.

Pumas 5-3 Monterrey
In an unpredictable league like the Liga MX, results like this one occasionally pop-up. Pumas were on fire at home on Sunday with their tally of five goals. With a hat-trick during the first half, Pumas striker Matias Britos was the star of the show.

Puebla 2-2 America
Sunday’s scrappy match between Puebla and America finished with two reds and just 20 players on the pitch. Following the result, America will be hungry to gain a victory this weekend against Chivas in theClasico Nacional.