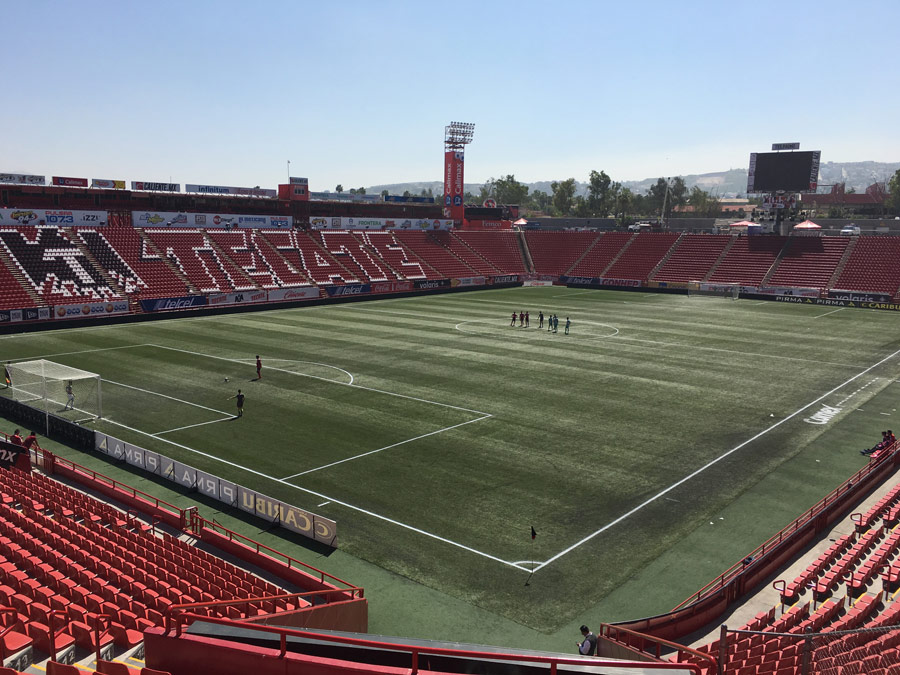 Club Tijuana Must Reorganize Before a Possible Relegation Next Year

After 17 matches in the 2016 Clausura, Xolos ended their season with a quiet 0-0 draw against Atlas in the Estadio Jalisco. Even with a man advantage after Atlas’ Rodrigo Salinas received a red card in the first half, Miguel “Piojo” Herrera and his men failed to find victory in Guadalajara.

The draw was a fitting conclusion for the team that seemed to constantly end matches with a 0-0 or 1-1 scoreline. Xolos dragged through the Clausura with a total of nine draws, more than any other Liga MX side. With numerous failed opportunities to sneak past their opposition, many fans are likely left wondering where Tijuana would be in the standings if the club was more clinical with their finishing or more effective in the final third.

During the regular season, Xolos had the worst goals-per-shot ratio in the league. While an attacking powerhouse like Monterrey was racking up wins with just 6.4 shots per goal, Tijuana was slowly finding the back of the net with an average of a goal every 13.7 shots.

Colombian striker and leading goalscorer Dayro Moreno was usually spearheading these opportunities, but when Moreno failed to capitalize on his chances, others would rarely step up in his place. With eight goals and three assists, Moreno had a hand in 11 of Xolos’ 17 goals this season. As the obvious focal point in the attack, it was at times easy for the opposition to shut down Xolos’ momentum by stifling Moreno’s game.

Granted, some of these problems for Tijuana might have stemmed from the injury to promising striker Henry Martin. The 23-year-old Mexican started the competition off with two goals and an assist, but later suffered a knee injury in March which kept him out for the rest of the tournament. It may be foolish to try to find meaning out of this correlation, but it is interesting to note that Xolos only lost once during the eight games he was a starter. After his injury, Tijuana racked up four losses in the last seven matches.

Although Martin’s absence was a significant factor for Xolos, we can’t also overlook the problems the team had defensively — especially in recent weeks.

Veterans like Javier Gandolfi and Federico Vilar have looked highly questionable and have done little to continue to make a case for themselves as starting players.

Gandolfi has been an important figure for Tijuana for many tournaments now, but his decision-making in the backline during the past couple of months have justifiably raised eyebrows. As for Vilar, the goalkeeper has already been replaced in net by 22-year-old Gibran Lajud. The young Mexican goalkeeper started in the last two games of the season and collected a clean-sheet in both matches.

I’m not trying to say that the tournament was a complete failure either. Although Herrera couldn’t find a single win at home, the manager still gained two more points (18) than the team collected last season. Progress, albeit minimal.

There were also moments during the Clausura in which the club showed flashes of brilliance. These moments were seldom seen, but were hints of a squad that could have been potentially exciting. Certain players like Moreno, Paul Arriola and Carlos Guzman highlighted these kinds of characteristics with their hunger on the pitch.

Other young-and-upcoming stars like Americans John Requejo and Amando Moreno were given their Liga MX debuts and are intriguing options going forward.

All that being said, Herrera will need to add more power to his roster if he wishes to avoid a possible relegation next year. Along with a few other clubs like Morelia, Puebla, Veracruz, and the soon-to-be-named promoted side, Tijuana will unwillingly take part in the relegation race.

With that in mind, Herrera recently stated to the press that he is in talks with ownership about bringing in new players this summer. “The team will strengthen all of its lines, except at goalkeeper,” said the manager during training last Friday. “The goalkeeper spot is fine, we have Lajud, who has begun to take control there.”

If Xolos wish to avoid another underwhelming competition, and a possible relegation, reinforcements are needed during the off-season. It will prove to be fascinating who Herrera and company will bring in, and the potential influence they could have with the club that churned out draw after draw in the Clausura. Starting in the 2016 Apertura, Tijuana will need to start amassing many more points.

If not, Xolos may once again find themselves in the second division.