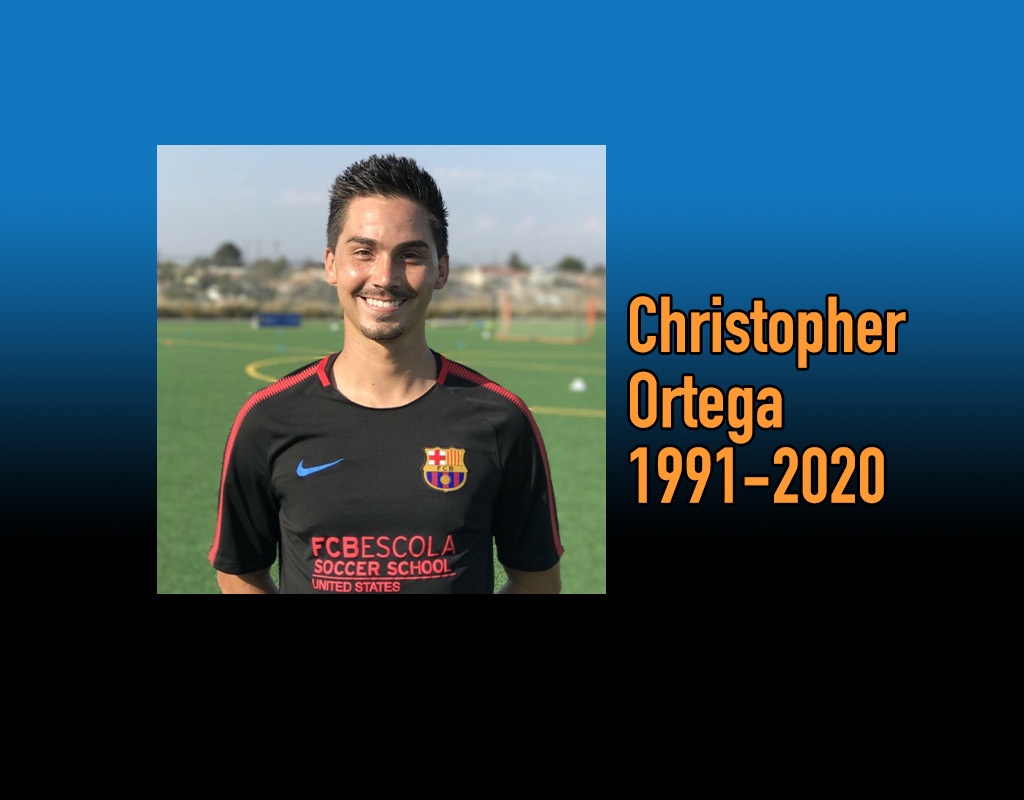 Christopher Ortega grew up on the soccer fields of San Diego and SoCal. When Christopher was a young player, his father, Dan Ortega, coached and ment

Quiz: Which Cleat is Right For You?
Around the World With a Six Pack
Five California Natives Named To US Roster For Upcoming U-20 Men’s Four Nations Tournament

Christopher Ortega grew up on the soccer fields of San Diego and SoCal. When Christopher was a young player, his father, Dan Ortega, coached and mentored him from a recreational level all the way to Nado Select in Coronado. As Christopher grew and his talent flourished, he went on to play for Nomads Soccer Club, Surf Soccer, Arsenal FC, and LA Galaxy Academy.

He was a constant fixture on the ODP Region IV Team and the US Youth National Team. College recruiting was inevitable, of course. Christopher chose Cal Berkeley under the leadership of Head Coach Kevin Grimes. After college soccer, he eventually returned home to San Diego and became a coach in the FC Barcelona Academy program.

His coaching impact was felt immediately. He had found his calling. Touching the lives of young players, helping them grow their talent and love of “The Beautiful Game” was clearly what Christopher was meant to do.

“He lit up the room wherever he went with his humor and his smile.“

Tragically, last week, Christopher passed away far too soon. His older brother, Daniel, told SoccerNation, “He was a wonderful human being. He lit up the room wherever he went with his humor and his smile. So many people have reached out and told stories about how his coaching helped their kids. The kids he coached at the Barca Academy loved him so much. The outpouring of love and stories from everyone has brought joy to our family.”

“Christopher loved helping young players and especially the next generation.”

Christopher is survived by his loving mother Karen Ortega, father Dan Ortega, brother Daniel Ortega, Sister in law Monica Ortega and soon to be 1 year old nephew Andre Ortega. Christopher’s family has established a GoFundMe to honor Christopher’s life and legacy. Funds will be used to continue Christopher’s legacy. Daniel told SoccerNation, “Christopher loved helping young players and especially the next generation. We will use the GoFundMe to help our family and also find a way to redirect funds where Christopher was so passionate. We ask that everyone pray for Christopher but most importantly we implore you all to love your friends and family endlessly in his honor as he did!”

You can donate to the GoFundMe below. While you’re there, check out the outpouring of love and donations.

Thank you, Daniel, for sharing more about your wonderful brother during this difficult time.

Christopher will be dearly missed, but remembered forever.

Friends and Family, Yesterday will forever be one of the worst days of my life. At this time, It is with a heavy heart that I ask you all to pray for my beloved brother, Christopher Austin Ortega. Christopher is now resting in peace and is an angel watching over my son André. My family and I would like to ask you all to love your family and friends endlessly today and always in his honor! He had a lasting impression on everyone he ever came across. He was a brother, son, tío, cousin, friend, coach, teammate, coworker, mentor, role model and so much more to a few of us. His passion, energy and love will live with me forever. He was one of the sweetest and kindest people you could ever come across. There are not enough words that I can ever say about how special he was but I know that I will live the rest of my life in his honor. Please pray for OUR Christopher always and forever. Te amo mi kitofer y te extraño.