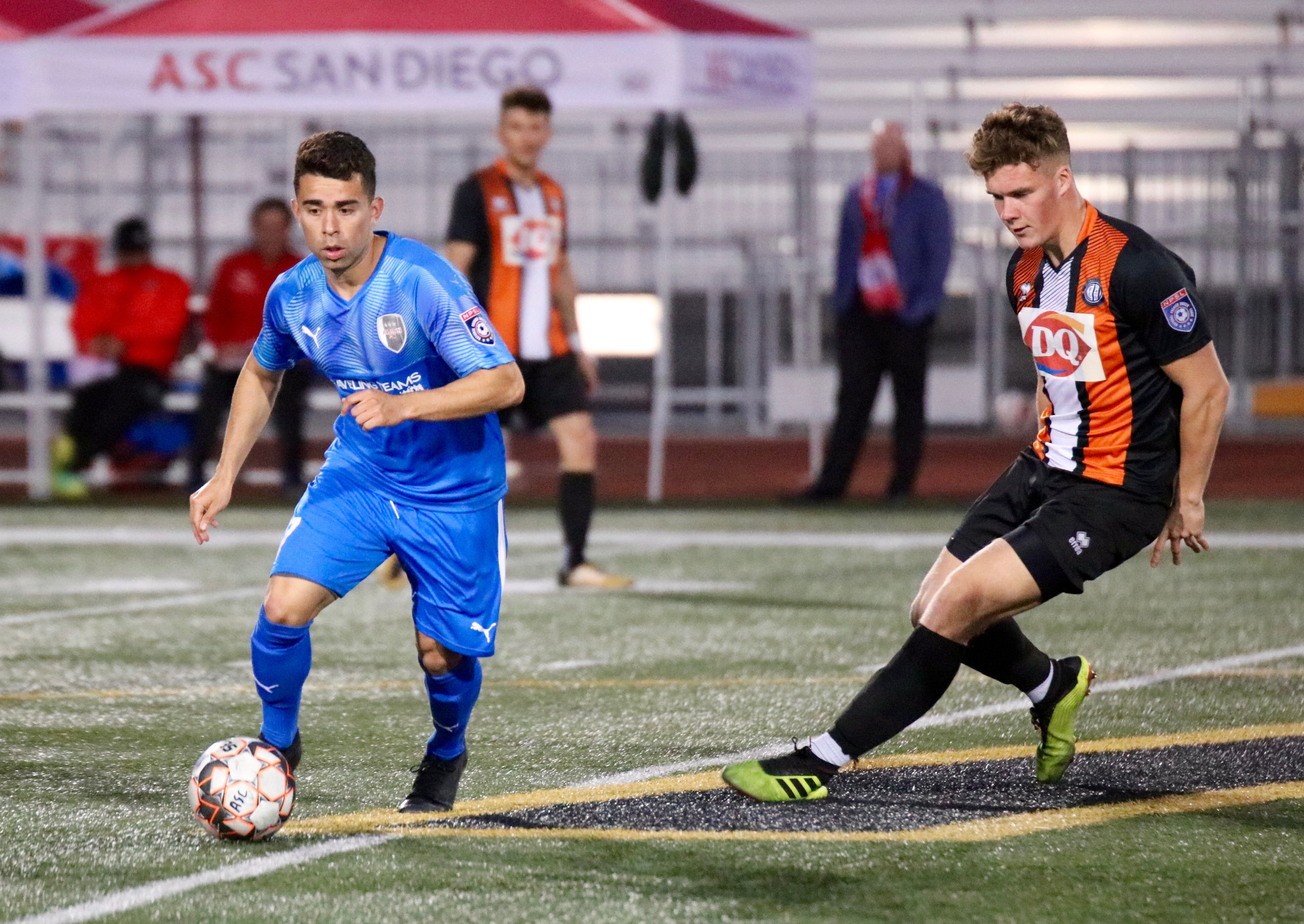 SoccerNation is proud to feature Christian Enriquez of ASC San Diego. Christian and his older brother both play for ASC San Diego. Soccer has come naturally to Christian as he’s had several notable experiences that have elevated his skills and made him a very valuable asset to the club.

Enriquez’s ball handling skills, national team exposure, and confidence at the midfielder position highlight his presence on the pitch and have helped lock in “Man of the Match” recognition at least once during the 2019 season.

ASC San Diego: Hey Christian, thanks for chatting with us today.  You and your older brother both play for ASC San Diego.  Do you feel more pressure as a player because of this?
Christian Enriquez:  No not at all.  We play different positions so there’s no real competition.  I’ve looked up to him since we were small so it’s great to be on the same team.

ASC: That’s really awesome.  You’ve played midfield your entire career.  Have you ever considered playing a different position?
CE:  No I haven’t really thought about another position.  I’ve played every midfield position and like them all. But I do play more forward-mid since coming to ASC.

ASC:  Midfielders could really be considered the heart of a team. You’ve mentioned that your favorite hobby is hanging out with family and friends.  What kind of stuff do you do when you’re together?
CE:  We are usually just being together.  We love to eat, have game nights, go to the beach.

ASC:  All very fun things to do.  You’ve played a lot of matches so far in your career.  Do you have a win that stands out most in your mind?
CE: I’d have to say my favorite would be in 2016 while playing on the USMNT U-19 team.  We played against and beat Spain’s U-19 national team. It was awesome to play in Europe and beat the home team in their own country.

ASC: Wow that would definitely be one to remember.  Do you have any rituals you do before a match?
CE:  I say a little prayer that I am safe in the match and don’t get injured.  And I always step onto the pitch the first time with my right.

ASC:  Seems like your prayers are working so far.  You had the opportunity to play in the USL for the Portland Timbers 2.  Did you enjoy that experience and do you have aspirations to get back?
CE:  It was a great experience and huge learning experience.  I would definitely love to get to that again now that I have a clearer understanding of how things work and possible stumbling blocks.

ASC:  It must have been quite a change from club and college soccer.  And finally – it has to be asked… Messi or Ronaldo??
CE:  I definitely have huge respect for both but I’m a big Barcelona fan so I’m going to say Messi.

ASC: Ok, now tell us more about what you like outside soccer ! Favorite food?
CE: Chipotle!

ASC: Random, fun, unexpected fact about you?
CE: I have a chihuahua and a golden retriever!

ASC:﻿Thank you so much for your time Christian. It’s been great talking with you. Best of luck with the rest of the season!

Don’t miss Christian in the action, next game on April 27  against FC Golden State.

All photos courtesy of  Dereld Photography