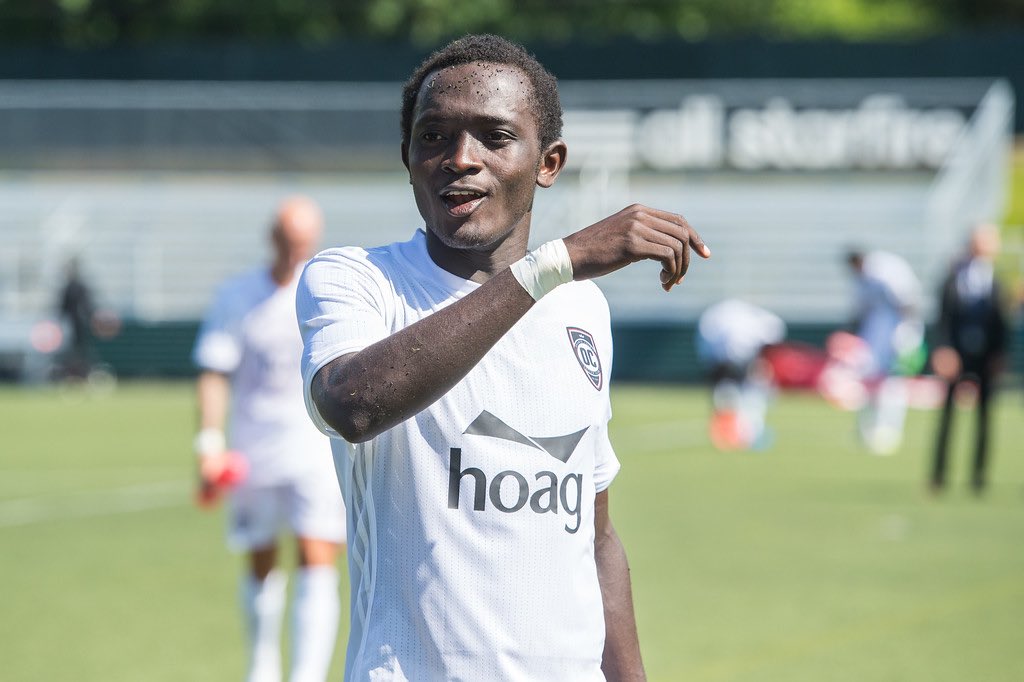 Logan Pause named a shortened bench for the game of 17 players, presumably due to injuries and suspensions, but the players on the field put together a gritty performance to grab all three points. The scoring started in the 16th minute, with Wuilito Fernandes scoring to cap off a good team build-up to put Orange County ahead.

At the half-hour mark, Seattle, whose form has run hot and cold this season, tied up the game, with David Olsen scoring a header off a long throw-in. OCSC have struggled of late in conceding set piece goals, and this was a new variation on that issue.

But Orange County retook the lead several minutes later, with Monday Etim tapping in a ball headed across the goalmouth by Fernandes. It is Etim’s first goal as a professional, a notable achievement for the on-loan LAFC teenager.

The second half was more or less a grind, seemingly intended to be an exercise in frustration by Orange County, and it worked to perfection against S2, who controlled the run of play but could not find the day’s second equalizer. There were close calls, with a first-half goal chalked off and Charles Renken’s low shot in the second half clanging off the post and into the grateful arms of Orange County goalkeeper Charlie Lyon, playing against his former team.

But it was a key win for Orange County, who with two draws in their last two home games, had started to look as though they may only be treading water in the USL Western Conference standings. They moved up a place with the victory, and will have a chance to make another move on Wednesday with one of their several games in hand, on the road against Rio Grande Valley FC. It will be the teams’ first meeting of the season, and so it’s unclear how they’ll manage, but if they can pick up another win, Orange County will move ever closer to the playoff places.