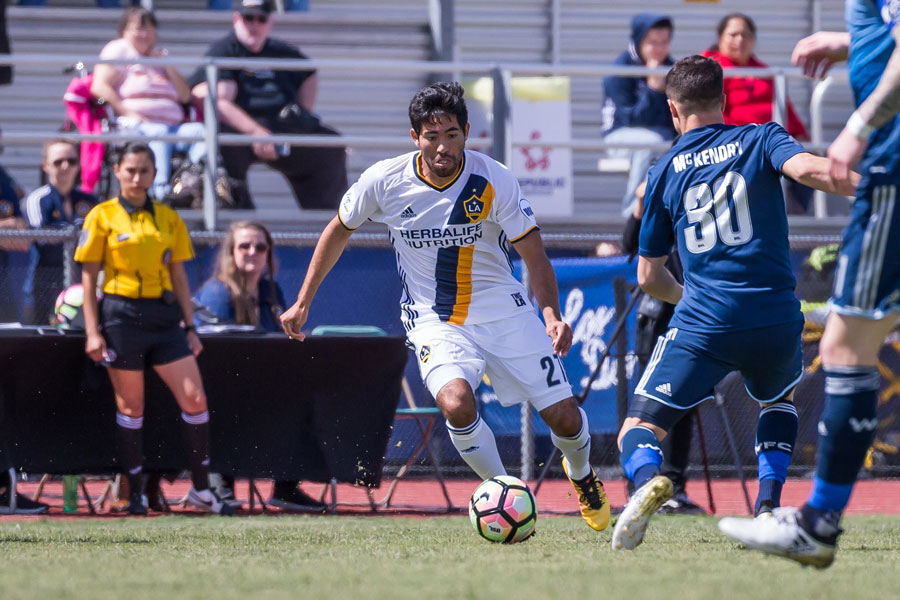 It was a pleasant weekend in Southern California on a weather front, and those good vibes extended to the soccer fields on Saturday, as the local USL sides took wins to open the 2017 USL regular season.

First, LA Galaxy II hosted Vancouver Whitecaps FC 2 in an afternoon clash, with the hosts emerging 2-0 winners. Whitecaps 2 goalkeeper Spencer Richey started the USL campaign in pretty rough fashion, going from winning MLS Save of the Week after he was pressed into action for the Whitecaps first team last week, to coughing up a howler off a deflection just six minutes into his USL season.

From there, Galaxy II didn’t relinquish their lead, standing firm even with a few injuries over the course of the game, including one to midfielder Miguel Aguilar that took the newcomer out of action before halftime. Ethan Zubak added an insurance goal with a tap-in of Bradford Jamieson IV’s low service in the second half, and LA start the Mike Munoz era with a victory.

Orange County SC also started the campaign with a win, also a 2-0 victory, this one over expansion side Reno 1868 FC on the road. Forward Duke Lacroix contributed both goals, in the first half. The first came from a terrific diagonal pass into the box from Carlos Alvarez, added to the team last week on loan from Orange County’s MLS affiliate club LAFC.

It was the second goal that was really special, however. Lacroix picked up the ball along the sideline, beat a defender, then charged into the box and hit the mark from a very narrow angle.

Lacroix won 2016 NASL Goal of the Year with Indy Eleven. Saturday’s entry might be in the running for the USL’s title this season. And the victory hands another rookie head coach, Orange County’s Logan Pause, his first win.

All in all, it’s the first of 30 games for these teams this regular season, but a good start for both of the SoCal teams. Neither LA or Orange County had a perfect game, but they were the better team in their respective matches and the performances show the local sides are off to a good start this season. Is it going to be another good season for the Southern California sides? Time will tell but two wins in two games make it a pleasant weekend.