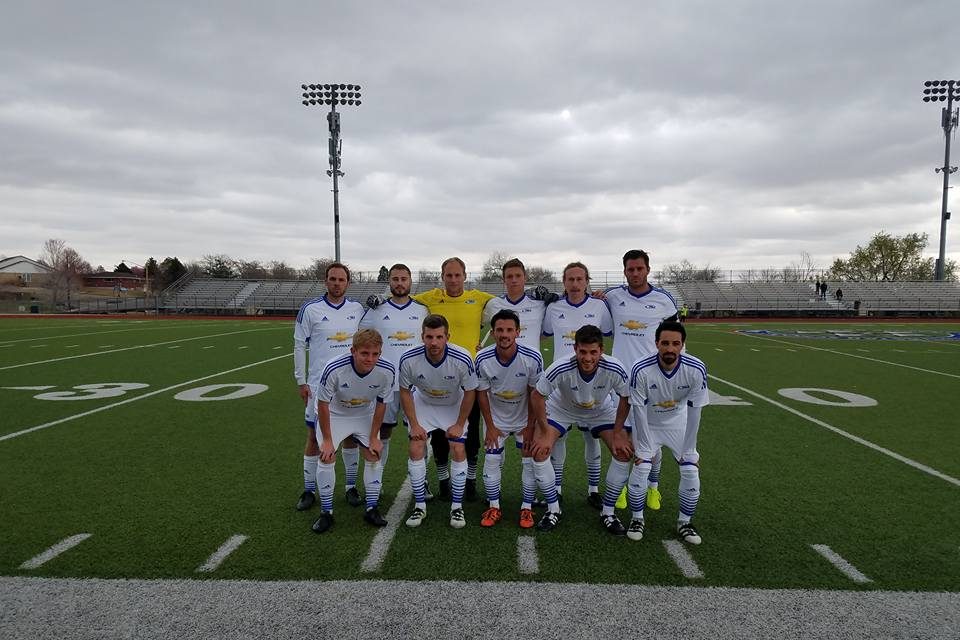 The last 10 minutes of the game is where it all started to unravel for the Colorado Rush as Club Union Jerez was able to find the back of the net two more times making the final score 5-2 and clinching the Colorado State Cup Championship.

Colorado Rush were backed into a corner early in this game with a goal for Jerez coming in the 3rd minute when the ball was crossed into the six-yard box, took a bad bounce and ended up in the back of the net. Union Jerez continued the pressure in the first half with a second goal coming in the 18th minute. Rush struggled to generate any offensive momentum in the first half of the match, which led to the consistent pressure from Jerez. Rush midfielder Jimmy Fitzpatrick had a good day controlling the center of the field well, but each time the Rush offense moved into the final third, the Jerez defense was up to the challenge.

In the final 10 minutes of the of the first half, Rush goalie Shailer Thomas was asked to make two spectacular saves to keep the game from getting out of hand before half time. Rush captain and defender Nic Hartman made the play of the first half, coming all the way across the eighteen-yard box to block what appeared to be a wide open shot.

In the second half, Rush found some offensive rhythm and were able to put on some early pressure. Within the first ten minutes, a shot was swatted down by a Jerez defender inside the penalty box. No card was given but Rush was awarded a penalty kick. It looked like the Rush had found some life until the penalty was pushed low and wide just beyond the right goal post by Colin Clark.

Jerez was on their heels for the beginning of the second half until they found the back of the net for a third time to make it 3-0 Jerez.

This seemed to light a fire in the Rush offense as they responded quickly with two goals of their own in the next ten minutes. The first orchestrated by Colin Clark who drove towards the box and then slotted a clever ball that was finished on the back post. The second goal came soon after off of a Rush corner kick to make it 3-2.

Even with the Rush side being out of sync for most of this match, It was still a hard fought game and was much closer than the score line indicates. They appeared to be missing some key players in this match as well on both the offensive and defensive sides of the ball. Center back Peter May was out for this game and could have really helped in locking down the defensive side of the field. Also, Nick Blanco and Griff Dorsey were both out for this match as well which would have given the Rush a lot more fire power up front.

Even with the loss for the Colorado Rush side, you have to tip your cap to Club Union Jerez who played a great match for the win, and will be the first club in the last five years to represent Colorado in the regional tournament this year.

The Rush get back to their UPSL schedule March 26, 2017 as they will away take on Logrones SC at 3pm at Five Star Stadium in Thornton, CO.