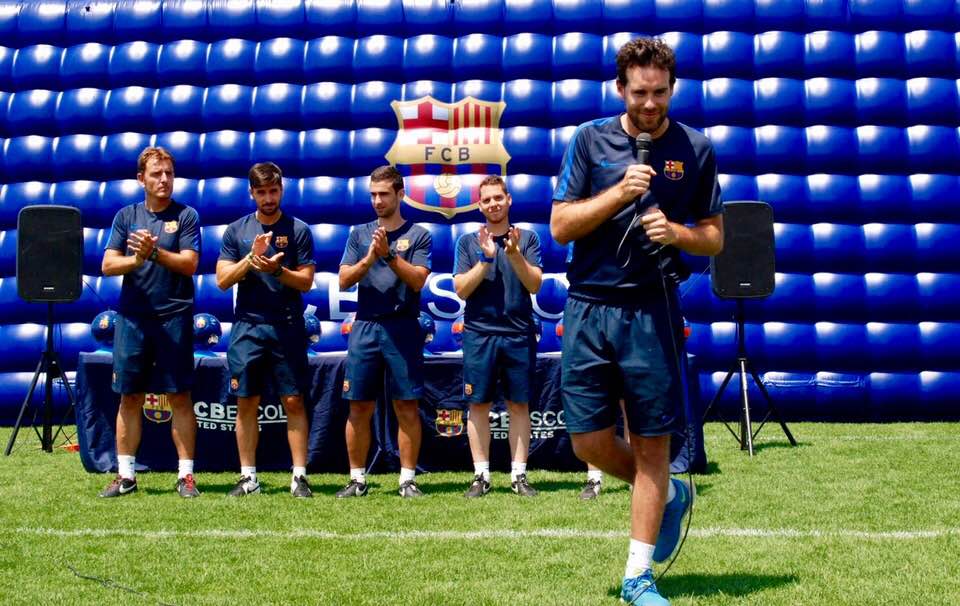 For Angel Toledano Flores, soccer is a way of life.

The Barca Escola Program is a robust international web of 39 outposts where highly trained coaches who have been schooled by FC Barcelona in Catalonia share the Barca methodology with the local children in the areas.

The San Diego chapter opened in August of 2017 with about 100 players, and has since grown to include roughly 180 players today. Toledano and his staff of six coaches, three from Spain and three locals, operate a bifurcated curriculum. There’s the Technical Program, for players new to the sport who are most in need of a foundation of basic skills and tactical understanding, and the Competitive Program for players who have had some experience in the past and are looking to hone their skills. 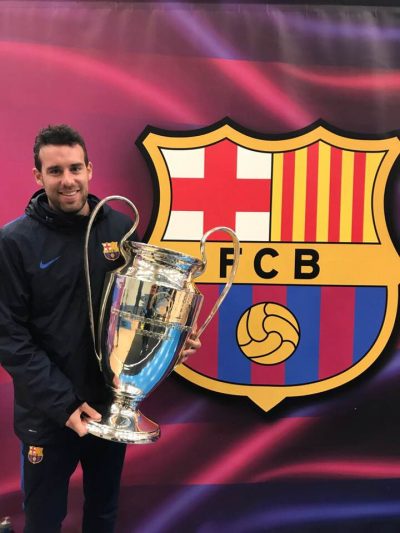 Participants in the FCBEscola San Diego range from 6-16 years old, and the organization runs sessions in two different locations; Chula Vista and Scripps Ranch. Since kicking off last year, Toledano’s schedule has settled into a regular if aggressive routine. He spends his mornings preparing lesson plans for his coaching staff to teach to their players, and also organizes try outs, tournaments and friendly games for his charges to participate in. In the evenings, he’s on the field observing, coaching, instructing, and teaching the next generation of coaches and players the fabled FC Barcelona methodology.

“The response in the community to the FC Barcelona Escola San Diego has been very good,” said Toledano. “When we first arrived, we had to clarify that this is the only official FC Barcelona Escola in the West Coast. Once people started participating in our sessions, experienced the environment, saw how the methodology was applied and how players improved on the field, the doubts cleared up.”

Education and values are extremely important to the FCBEscola philosophy of development. In trainings, Toledano keeps the groups of players small, usually about 12 players for every one coach. That small group approach enables each player to receive the attention they need from the coaching staff, and also enables the coaches to closely observe the players´ behavior towards the methods.

The FC Barcelona Escola San Diego methodology is built around teaching techniques that allow the players to have an active learning and have the ability to reflect on the field.

“We want players to make correct decisions on the field,” continued Toledano. “We want players to learn to make decisions for themselves at the right time. The why is very important.
We’ve all seen robot coaches who use direct instruction. We always emphasize to our coaches that players are like a white paper, a blank slate in which the learning is born within the player. More importantly, the player is autonomous and he or she needs to adapt to the variability of the game constantly. Given that, we need to give players the ability to fill in their own paper. 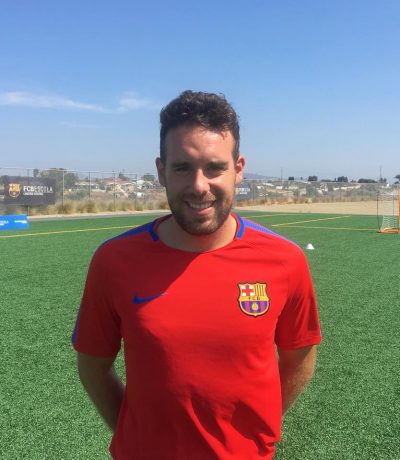 We focus on develop the cognitive areas, the decision making of the players through teaching methods that enable players to think and become protagonists of the learning process.”

The first team at FC Barcelona has made “tiki taka” soccer a commonly used phrase, but often times people misunderstand the purpose of possession of the ball.

“The objective of keeping possession is to move the opponent and to find gaps, create gaps,” explained Toledano. “We believe that the best way to defend is to maintain possession. Ultimately soccer is a game, and it’s much more fun to play when you have the ball than when chasing.”

Within the teaching of the FCBEscola San Diego, there is a principle referred to The Three P’s: Possession. Positioning. Pressure.

“We work a lot on positioning, on rondos, on keeping our shape and creating passing lines depending on where the ball is. All of these concepts are what we believe will improve the players, and along with players mastering their own decision making, makes the team better.”

One of the lesser-known objectives of the FCBEscola is to help local soccer by improving the coaches and players.

“Our plan is to hire more local coaches from here on. That means the local coaches have the chance to understand the FC Barcelona methodology and it is very important for us to give chances to players but also to coaches,” expounded Toledano.

Soccer in the United States is very much in a phase of evolution. The influx of knowledge and ideas from around the world provide a perfect breeding ground for young players to achieve to their highest potential, whether that means playing professionally or exploring the world in some other profession like coaching.

With intelligent and driven individuals like Angel Toledano Flores, and organizations like the FCB Escola Soccer School, our soccer nation is primed for growth, development and perhaps one day World Cup glory.