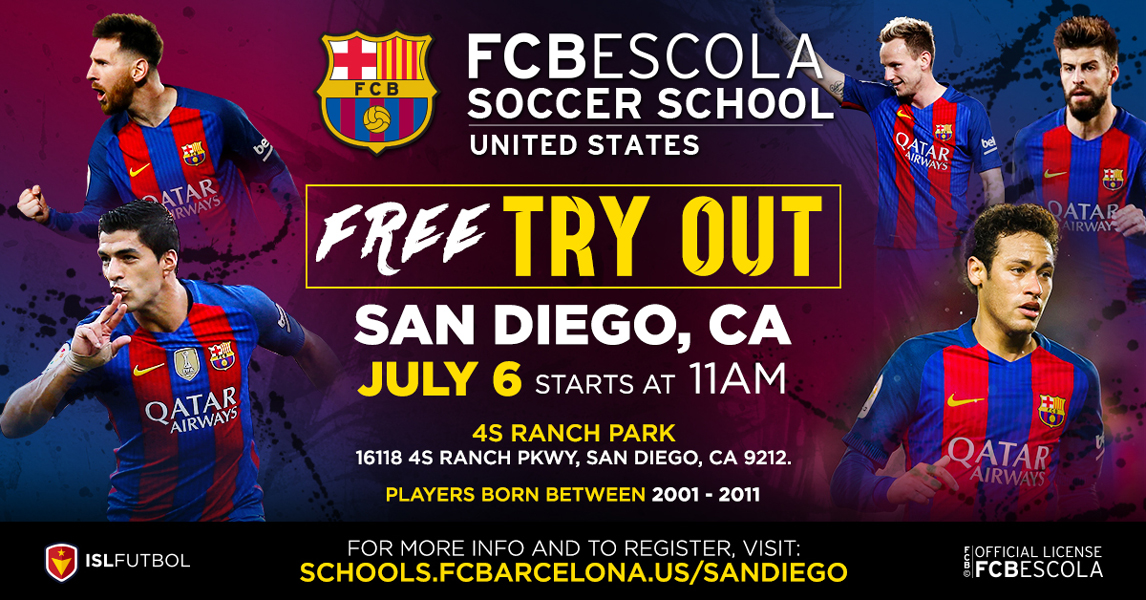 By now, you’ve heard of FCB’s Escola program in San Diego as well. The year round curriculum offered by the FCBEscola team replicates the same training techniques that the aforementioned world class players have been schooled in since arriving at Barcelona.

FCBEscola has announced a free round of tryouts for players born between the years 2001-2011 to learn the Barca way as part of an after school program produced by a partnership between FC Barcelona and the San Diego Unified School District.

“We believe there is a place for every player in our program,” said FC Barcelona Escola Director Franc Carbo. “The objective is to take a player from whatever level they are currently at to the next level, regardless of where they start.”

Do you want to be a part of the worlds most recognized training development for aspiring soccer players? If so sign up below for the open tryout! 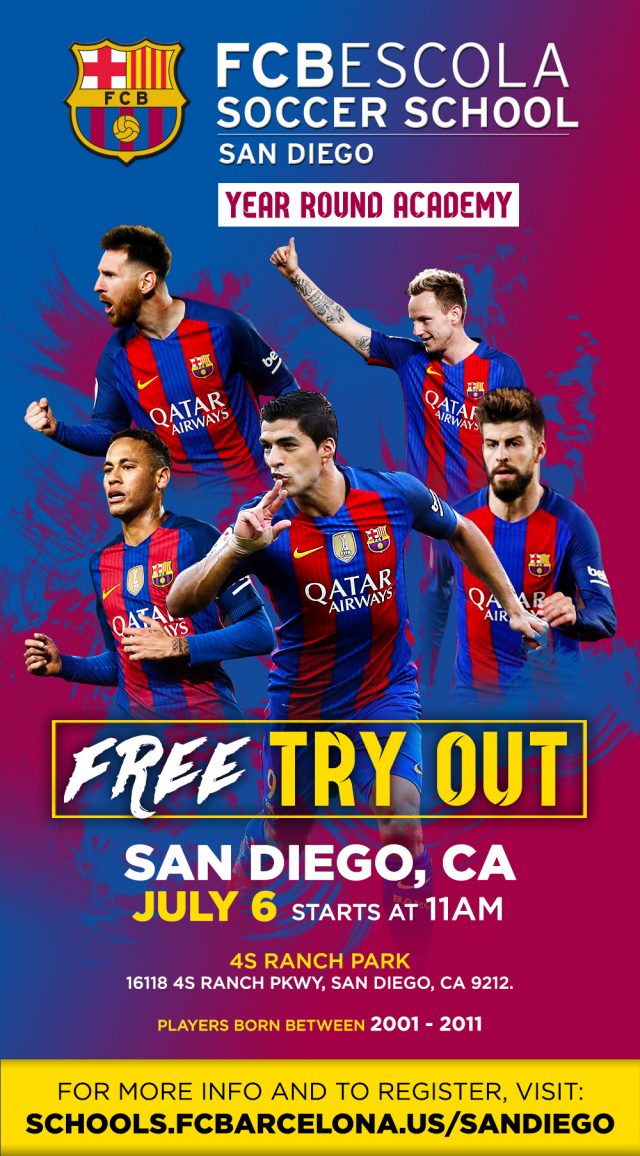