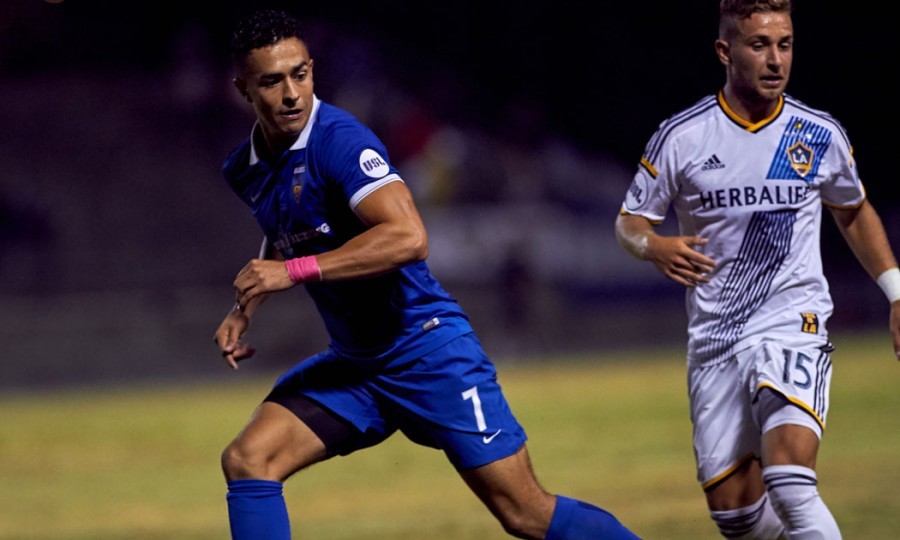 After finishing the 2015 regular season on top of the USL Western Conference, the Orange County Blues FC have announced their first official signing for their 2016 campaign – Christopher “Chino” Santana.

“I am very excited to return to the OC Blues next season,” said Santana. “We saw a lot of improvement last year and I’m ready to keep building on our success in 2016.”

The midfielder from Bishop, California has been entertaining soccer fans at Anteater Stadium in Irvine for over 6 years now. After playing four seasons of Division I college soccer at UC Irvine, Santana was signed to the Blues in 2014. As a rookie he appeared in 12 matches for the Blues, tallying 3 goals.

In 2015, Santana earned a larger role under first-year head coach Oliver Wyss, appearing in 24 matches and leading his team with 5 assists on the season. His biggest assist came on a cross to Brenton Griffiths, whose goal on September 5 helped lead the Blues to their first ever victory over the LA Galaxy II.

“Chino (Santana) was an important part of our success last season” said Wyss. “There were a number of teams interested in Chino so we are delighted that he has decided to stay with us. We look forward to working with him again and to continue assisting his development.”

Santana was originally signed to the club after attending an open tryout before the 2014 season.  The next open trial for the Blues will be held on December 19-20. Registration is open here http://ocbluesfc.com/www/Tryouts.html.