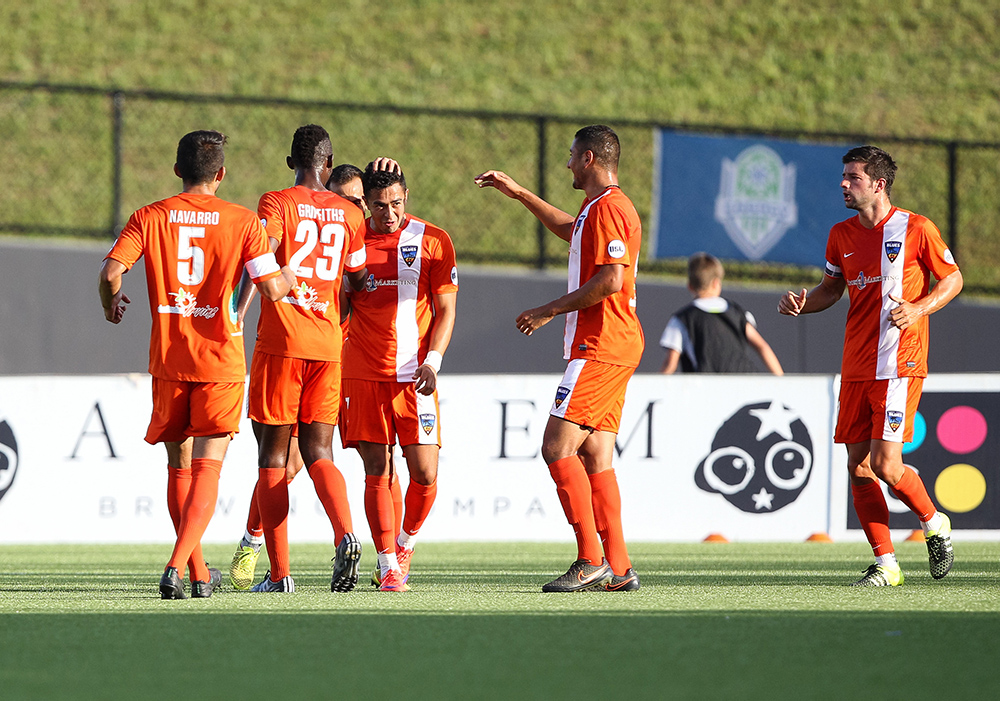 Danni König scored his league-leading 12th and 13th goals of the season as OKC Energy FC played to a 2-2 draw with Orange County Blues FC Saturday night at Taft Stadium.

Despite OKC holding a 10-5 advantage in shots during the first half, including several quality chances in the early going, Orange County (7-8-2, 23 pts) was first to get on the scoreboard. In the 20th minute, Didier Crettenand found Christopher Santana off a corner kick, and Santana beat OKC goalkeeper Evan Newton for an early 1-0 Blues lead.

König’s leveled the score with his first goal of the night in the 38th minute when he grabbed the rebound of a Sebastian Dalgaard shot from about 18 yards out and fired a shot of his own from inside the Orange County six-yard area that sailed past Blues goalkeeper Pepe Miranda to tie the score at one.

The game remained level until halftime, but the Blues regained the lead seven minutes into the second half. Pavle Popara sent a pass into the OKC penalty area, where Denzel Slager beat Newton.

With Energy FC (7-5-5, 26 pts) down 2-1 midway through the second half, König netted another equalizer when Casey Townsend sent a cross to the back side of the O.C. net, where König leapt above Blues defenders and headed the ball in for a 2-2 tie.

The two-goal performance was König’s third multi-goal match of the season.

In the closing moments of the match Energy FC mustered one last quality chance with König bidding for the first hat trick in OKC history. A throw in from 25 yards out on the left side of the O.C. defensive zone by Energy FC’s Christian Duke was headed to the penalty spot by Kyle Greig, where Chuy Sanchez headed to König in front of the net, but König’s attempt was blocked by Miranda to preserve the draw.