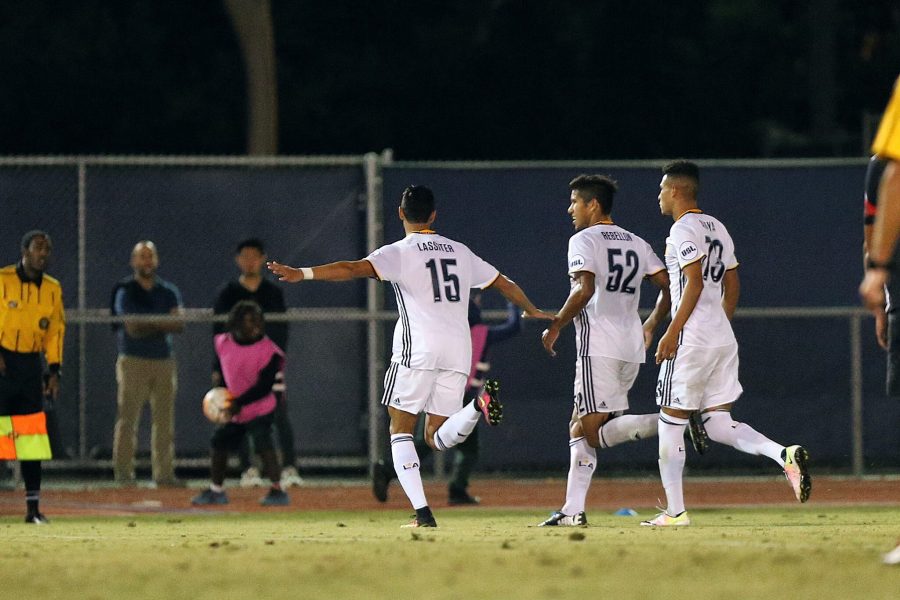 After a week in which their fortunes flagged, the past week has been far better for the Southern California USL teams, with the end of the regular season almost here.

LA Galaxy II had a weekend game and a midweek fixture, and picked up four points along the way. First, they hosted Sacramento Republic on Saturday for a Cali clash, and the teams finished deadlocked at 1-1. Ariel Lassiter opened the scoring on a goalmouth scramble late in the first half, before substitute Wilson Kneeshaw entered the game and scored the equalizer for the visitors. All in all, not a bad result, and the game could very well be a precursor for a third straight year with LA and Sacramento facing off in the USL playoffs.

Los Dos followed up the draw with a 1-0 home win on Wednesday against Rio Grande Valley FC. Lassiter again scored, this time a 60th-minute winner, as LA clinched their postseason berth with the victory. For the moment, they’re all the way up in fourth place in the Western Conference, and getting Lassiter hot with the playoffs approaching after he’s had a subdued season by his lofty standards can only help Galaxy II’s chances come the postseason.

Meanwhile, there was a double dose of good news for the Orange County Blues in the past week as well. First, the Blues took care of business on their end, beating Real Monarchs 2-0 on the road on Friday. The Blues certainly got a measure of good luck in the match, as Monarchs defender Emilio Orozco was sent off in the 11th minute, but goals from Trevin Caesar and Max Rauhofer ensured the three points for OC and helped them keep pace in the playoff race.

But given their precarious position, sitting in the eighth and final playoff spot with some of the teams just behind them in the standings with a game in hand, the Blues got another stroke of luck on Wednesday, as Real Monarchs beat San Antonio FC 2-0 to prevent SAFC from leapfrogging Orange County in the table.

While Real Monarchs’ win means the Utah side sits just one point behind the Blues, OC’s destiny is fully in their own hands. If they win both of their final regular season games, they are guaranteed to be in the playoffs. Even if they don’t take six points, with some help they could still clinch, but the race is tight and the only way to guarantee they reach the postseason for the second year in a row is to win the last two games.

Speaking of which, OCB’s next game is Saturday against Rio Grande Valley FC. The Texas club have booked their ticket to the playoffs already, but they are near the top of the conference standings and will be aiming to get the best possible seed. Kickoff is scheduled for 5:30 pm PT at Anteater Stadium in Irvine.

Galaxy II’s next game is another rivalry clash against Sac Republic, this one in Bonney Field in Sacramento on Saturday. That game is scheduled for 7:30 pm PT. With just two games to go, we’ll see how the SoCal teams finish off their regular season slate.