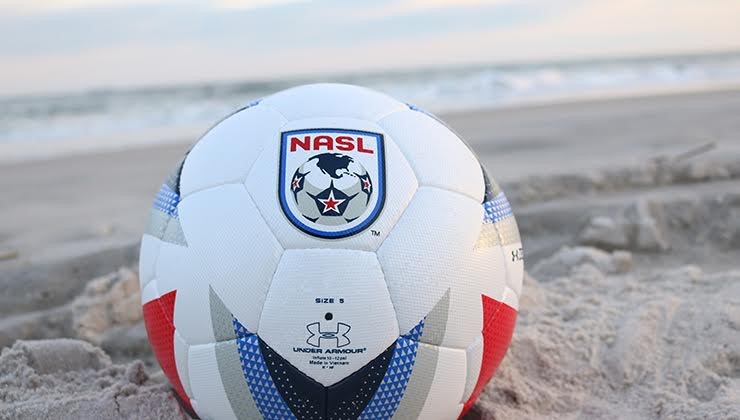 The North American Soccer League will expand to Southern California in 2018, with a team in Orange County already confirmed to be joining the league then. The new team does not officially have a name yet, and it’s too early to sign players for the inaugural campaign, but SoccerNation spoke to NASL Orange County’s president and general manager, Michael Collins, about the project and how developments are coming along.

“I’d say in a good way it is incredibly busy. You’re going from probably 7:30-8 o’clock in the morning — because I talk to a lot of people that are back east and in the midwest — until later in the evening, probably 4 o’clock our time,” Collins said recently in a phone conversation.

“It’s very exciting,” he added. “There’s a lot of people who have shown quite a bit of interest in a new NASL club coming in, especially in the area we’re going to be in. It’s exciting for a lot of people that are local, and I’ve gotten [calls] from agents and players that are looking to come in, and they’re wondering when to start, when we’ll be signing players and when they can start training.”

NASL has gone through considerable turmoil in recent months, but the announcement of expansion to Orange County would appear to be a sign that the Division II league can be sustainable moving forward. With many NASL teams opting to sign a handful of famous international players each season, Collins was asked if his team would follow suit.

“I would say the ownership, they’re not big fans of (and neither am I) when you’re looking to pay one player huge money, and then you’ve got four to five guys making peanuts, if you will, or not the high-level salary,” he explained. “We really want to keep it very fair. We are going to be a player-centric club, that is player-first, we will take care of the players. We want players from all over the United States, and all over the world who want to come and play for our club.

Where will Orange County’s NASL team, which is slated to play at Titan Stadium in Fullerton, use as their base to stock their roster? Collins stressed he wanted to eventually focus on Orange County as a feeder area for talent, and confirmed that UPSL side LA Wolves FC, which he has worked for, will be helping to stock the initial NASL team roster.

“Yes [players from LA Wolves will move to the NASL team]. On the present roster, I believe there’s 18 to 20 players, I would say there will be eight to probably 11 that we have pretty much earmarked that we need to take over to the NASL club.”

Is the new club looking to build an academy program in the future? Collins said that on the contrary, he wants to remain friendly and open to existing Orange County academy programs and work to make the NASL team a destination for their best prospects instead of opening a rival program.

“We will have a reserve team,” he continued.”We’ll be very well connected with all of the leagues — the UPSL is a league where we see an incredible amount of talented young players that either they don’t make it in college, or maybe didn’t have the grades in college or couldn’t keep their grades in college. And now you’ve got players, 19, 20, 21, 22 that are floating out there, and they’re incredibly talented and they could be the next star.

“Think about that for a second — if we could grab the players now, if we did a quick search of the players in the MLS, USL, NASL, and we grabbed the top 12 or 15 guys that are playing in those leagues, and they’re north or south [Orange County] or LA — could you imagine the players in that team we’d be putting on the field? So that’s what we want to have, the team we’re looking to put together.”

It’s early days for Collins and the newest NASL team, but it sounds like the mission for the club is coming together already. Stay tuned on more developments as the club prepares for its inaugural season.

Newer Post
Mexico vs Russia Preview: El Tri is one point away from the Confederation Cup’s Knockout Round
Older Post
5 Tips on the Art of Preventing Ankle Sprains