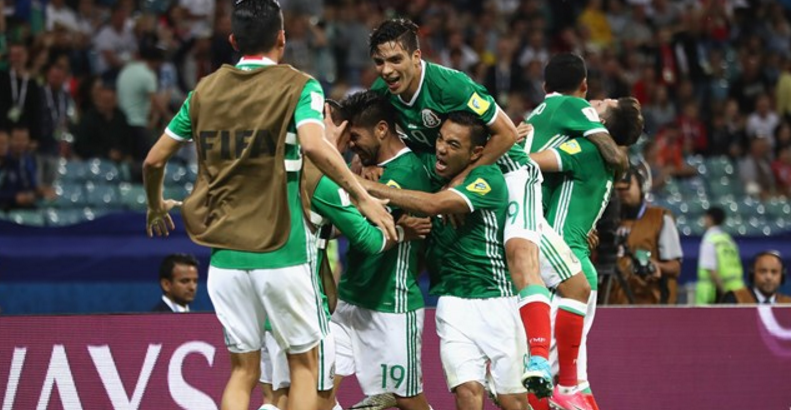 Mexico vs Russia Preview: El Tri is one point away from the Confederation Cup’s Knockout Round

Regardless of whether you agree or not with Mexico’s most recent performance, El Tri is now on the cusp of earning a spot in the semifinals of the Confederations Cup. After collecting four points from two games, Mexico now only needs a draw against Russia in order to advance to the knockout round.

At first look, gaining one point shouldn’t be much of a problem for El Tri.

Sure, Mexico struggled against New Zealand in the recent 2-1 win, but also fielded a backup roster in the narrow victory. Against Portugal in the previous 2-2 draw, El Tri was surprisingly dominant with a stronger starting XI. Also, after resting plenty of key players in the win over New Zealand, Mexico manager Juan Carlos Osorio is now expected to start his best options against Russia.

That said, the tournament hosts will be hungry to steal a position in the next round. If Russia finds a way to earn three points this weekend, the hosts will be able to secure a spot in the semifinals.

Will Mexico be able to avoid a disastrous loss? Will El Tri look as confident as it did against Portugal?

There’s a time and place for roster rotation. On Saturday, Osorio must ditch his experimental ways and go back to his most talented players against Russia. That means bringing back influential names such as Andres Guardado, Carlos Vela, Jonathan dos Santos and several others who were benched in the previous match.

Utilizing a formation that the players are comfortable with is also highly important here.

Looking back at the narrow win against New Zealand, Osorio used an atypical 3-1-4-2 setup for Mexico. Although a few players should be given part of the blame for the questionable performance, it’s also fair to criticize the manager who got a bit carried away with his tinkering.

On Saturday, in the final game of the group stage, Osorio must go back to basics. If not, El Tri might earn an embarrassing early exit from the competition.

Guardado is due for a good performance.

Following a recovery from injury problems, and a spot on the bench on Wednesday, the 30-year-old is set to once again take charge of the midfield. Whether it be as a defensive or attack-minded midfielder, the veteran is a much-needed leader for El Tri.

Despite the fact that Osorio might surprise us with some more changes this Saturday, Mexico fans should expect Guardado to appear in the starting lineup. With the ability to create intelligent and accurate passes, the well-rounded player is one to keep an eye on.

Russia will have the home-field advantage but El Tri will have the more dangerous attack. Although a draw would be enough to carry the team to the semifinals, Mexico still has a decent chance of finishing in first place of Group A through a convincing win.

At time of writing, only the injured Carlos Salcedo is unavailable for Saturday. Fellow defender Hector Moreno is doubtful, but not officially left out against Russia. As mentioned beforehand, Osorio is predictably unpredictable, but this is what I’m thinking the lineup might look like. 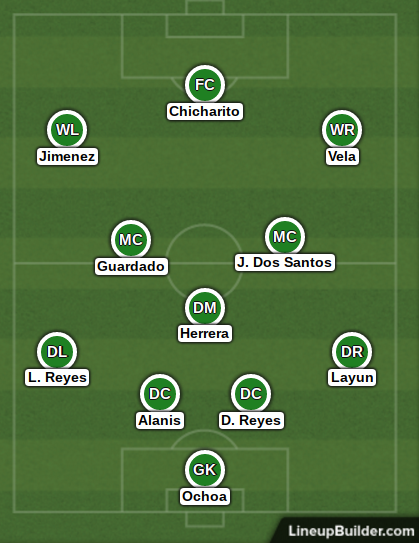