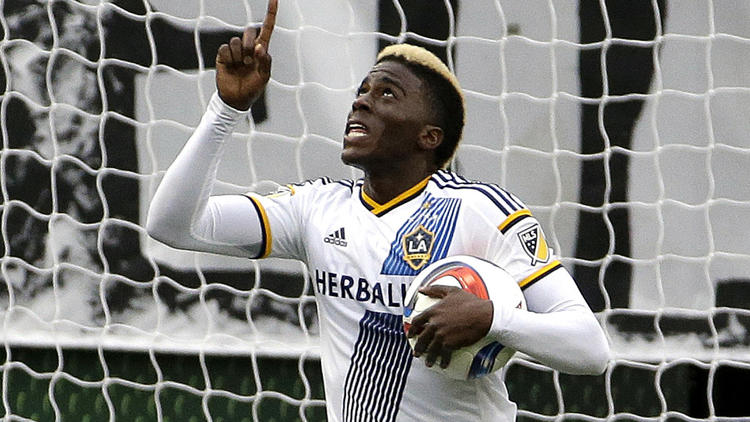 In a rematch of the MLS Cup Final, LA Galaxy and New England Revolution played out a 2-2 draw on Sunday night. Both teams were missing key players, with injury affecting Los Angeles and New England being set back by player suspensions.

The match saw poor weather conditions and an exciting first half of the match be played out with all goals being scored in the first 45 minutes.

New England opened up the scoring with an easy one-touch opportunity on the back post set up for Teal Bunbury. In the 18th minute, Ignacio Maganto leveled the score with a volley from outside the box for his first goal of his MLS career. The go-ahead goal for Galaxy came on the back of a heel pass from Jose Villarreal into the box that saw Gyasi Zardes finish the goal with ease for his third goal of the season.

Diego Fagundez of New England Revolution scored the game-tying goal in the final minutes of the first half from a 19-yard free kick outside the box. Fagundez sent a right-footed shot that saw the ball pass through the fingertips of Galaxy goalie Jaime Pinedo to bring the teams level.

The second half saw far less action as the weather conditions continued to deteriorate as well as the level of play.

The game was highlighted by injuries with Villarreal leaving the game with a shoulder injury after a tackle with London Woodberry and Jermaine Jones. Later in the match also saw Jermaine Jones be substituted with a groin injury that now will see him miss the United States’ friendly matches versus the Netherlands and Germany.

LA Galaxy’s next match is against Vancouver Whitecaps FC at home this Saturday, with New England facing Portland on the same day.