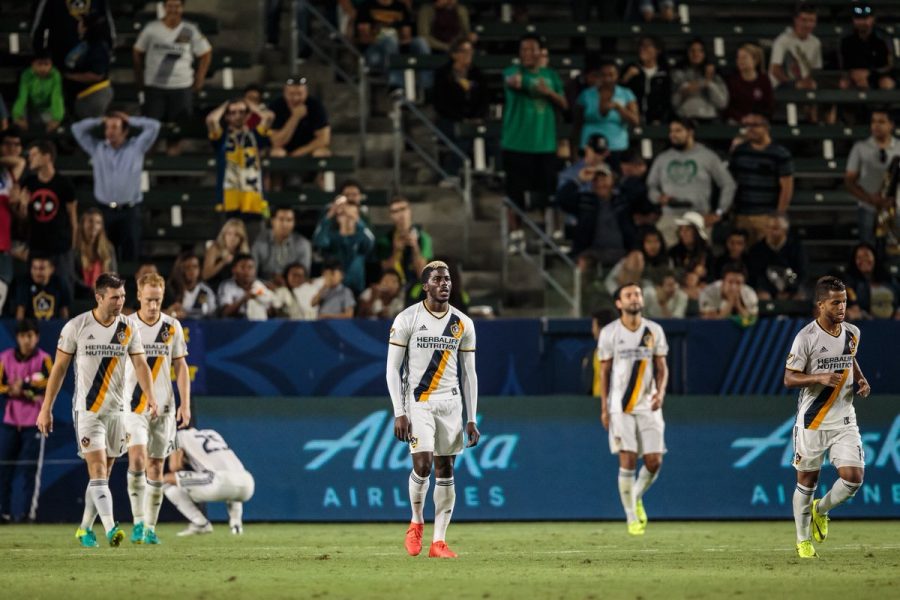 The LA Galaxy suffered a stunning defeat on Wednesday in the 2016 U.S. Open Cup semifinal, losing 2-1 to FC Dallas.

The loss in itself was not the surprise, but rather the manner in which it happened. The game, scoreless through 90 minutes at the StubHub Center, went to 30 minutes of extra time, and when Giovani dos Santos earned a penalty in the 100th minute that Mike Magee converted, it appeared LA would cruise into the final with a 1-0 victory.

Instead, FC Dallas scored two corner kick goals in the game’s dying minutes, first courtesy of defender Matt Hedges and then in the extra time stoppage period by Victor Ulloa, on essentially the final play of the game, to reverse the result and send Dallas through to the final of the competition.

Much was made after lineups were announced about the differing approaches of the two coaches, with Dallas’ Oscar Pareja putting out an unmistakable first-team XI and LA’s Bruce Arena mixing starters and reserves, but talk of Arena’s lineup choices in the game are perhaps overblown. Had the likes of Robbie Keane and Jelle Van Damme played in the game, would the outcome have been different? It’s certainly possible, but far from a guarantee. In effect, Arena was giving reserves a chance to prove themselves in Open Cup play, and until the dying minutes of the semifinal, the approach worked this year. Hindsight is 20/20, but the loss didn’t truly come down to the lineups fielded, which featured considerable skill and experience on both sides.

What really hurt LA in this game was loose set piece defending at the end of the game. Mauro Diaz’s corner kick delivery was fantastic on both goals, and full credit to Hedges and Ulloa for getting on the end of the service and scoring in crunch time. It turned out a combination of not marking the players closely enough and not holding firm at the posts sunk the Galaxy. Couple that with what seems like a collective mental relaxation after taking the lead and then expecting the game to go to a penalty shootout when Hedges’ goal went in, and the hosts lost the game in agonizing fashion.

Arena complained about the second extra time half’s stoppage time being unnecessarily extended to allow for Ulloa’s goal, but that idea seemed to ring a false note on the night. While one could concede Arena’s suggestion that timekeeping be more formalized electronically as a general rule, to attribute that to causing his team to lose, even partially, sounds like sour grapes more than anything else.

So it was a good run for Southern California teams in the 2016 U.S. Open Cup, with the Galaxy just a few minutes away from hosting the final and possibly claiming their first Open Cup in more than a decade. But this year the title will got to either Dallas or the New England Revolution. Have no fear if you’ve got Open Cup fever, however, because qualifiers for the 2017 tournament will be here before you know it.