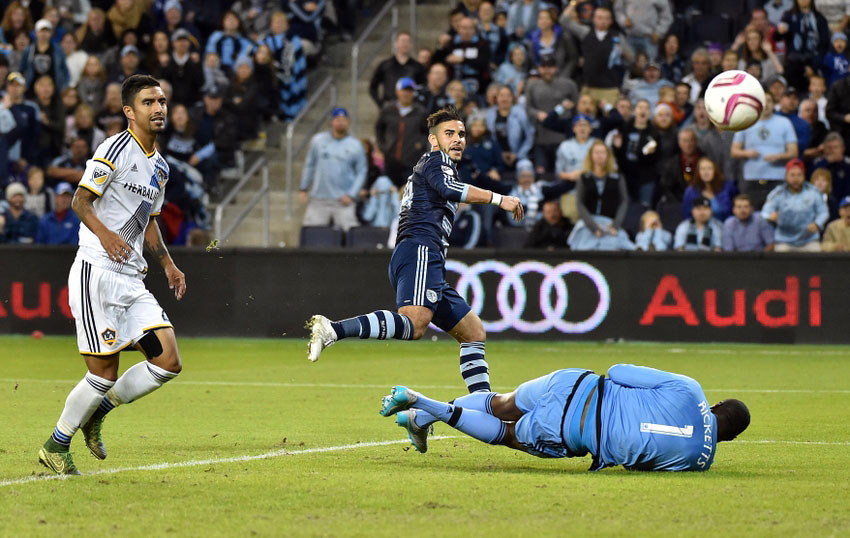 LA Galaxy opt for the scenic route to MLS Cup

The Los Angeles Galaxy dropped points for the third consecutive match to end the 2015 MLS regular season against Sporting Kansas City on Sunday. The Galaxy had previously been in contention to win the Western Conference with room to spare, but were pegged back after winning just one of their last seven regular season games. The Galaxy lost four times and drew twice in a miserable September and October period to limp into the MLS post-season where they will travel north to face a Seattle Sounders side that managed to win twelve of the seventeen home games during the regular season.

The Galaxy will feel aggrieved after the referee allowed Kevin Ellis’ goal to stand despite the defender appearing to clearly be offside when a shot from Chance Myers was fired into the box. Ellis bundled home the rebound despite the efforts of Donovan Ricketts. Robbie Keane answered back for the Galaxy just before halftime to take the two teams level into the break. In the second half substitute Benny Feilhaber drove at the Galaxy back line and notched his 20th assist of the season when he slipped Dom Dwyer in behind Omar Gonzalez to score the winner for Sporting KC.

The nature of the defeat to Sporting KC reflected the Galaxy’s fortunes over the last few weeks. Some tough luck with referees, a sputtering and intermittent attack, and a lack of defensive stability over the last two months have seen the Galaxy go from being heavy favorites to retain their MLS Cup title to being underdogs going into the playoffs. Due to their 5th place finish, will have to play an extra round of games in order to advance to the Western Conference semi-final, and they will have to travel for every playoff game they play.

There is little time for the Galaxy to rest and retool for that vitally important Knockout Round game against  Seattle. These two perennial powers in the Western Conference kick off against each other at 7:00 PST on Wednesday, Oct 28. With just two days until the first do-or-die game, the Galaxy will have to find a way to shed their form of recent weeks and play to the level that their roster is capable of playing to.