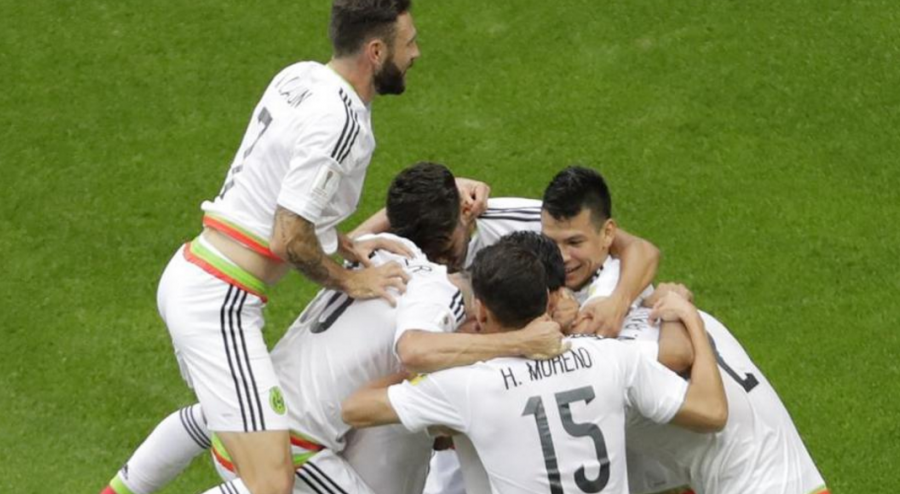 Mexico 2-1 Russia: El Tri qualifies for the semifinals of the Confederations Cup

With a strong starting XI set against Russia, El Tri earned a well-deserved 2-1 win over the Confederations Cup hosts. Following goals from Nestor Araujo and Hirving Lozano, Mexico not only secured a spot in second place of Group A, but also a position in the knockout round of the tournament.

Before we begin previewing and analyzing El Tri’s chances in the semis, let’s first take a look back at Saturday’s victory over Russia. Here are three Mexico talking points from the win:

1. Osorio continues to silence his doubters

Whether skeptical fans like it or not, the manager has led El Tri to a so far successful 2017.

After helping Mexico control CONCACAF’s Hexagonal with a commanding lead in first place, Osorio was able to immediately shift gears and push El Tri into the knockout round of the Confederations Cup.

Barring a catastrophic loss in the semifinal and/or third place match, it will be difficult to find serious criticisms of the coach who has constantly emerged with positive results.

Most importantly, it also appears as though his roster is buying into his approach, which is far more significant than any worries from fans or the media. If Osorio keeps this up, the Colombian should have no problems holding onto his infamously volatile position with Mexico.

2. Hirving Lozano stepped up at the perfect moment

Due to a perhaps excessive amount of hype surrounding Lozano, expectations are always high for the 21-year-old. Regardless of his gradual transition over to the national team, fans want the same explosive Lozano that dominates Liga MX defenders.

Saturday wasn’t a classic performance for the winger, and he did struggle during moments of the first half, but there’s no denying his impact in the scoreline.

We might never know if Hector Herrera meant to clear or pass the ball, but his long-range boot into Russia’s attacking third somehow found a charging Lozano. With a 50/50 ball up in the air, Lozano beat Russian goalkeeper Igor Akinfeev to the opportunity and headed in El Tri’s game-winner.

The winger still has a ways to go before becoming a guaranteed starter, but for now, he can rest easy knowing that he scored one of the best goals of his career.

3. How much will Mexico miss Andres Guardado?

One dark cloud that will linger over El Tri is the fact that the team captain will be unavailable in the upcoming semifinal. Thanks to an accumulation of too many yellow cards during the group stage, Guardado will be suspended for the next match.

Then again, is this as bad as it at first appears?

The midfielder has been average at best during the Confederations Cup and has looked slightly off for Mexico. Also, with the way that both Jonathan dos Santos and Herrera have been playing, a starting XI without Guardado might not be very noticeable.

We’ll have to wait and see next Thursday…

Ouch, and with that yellow, Guardado misses the next game for Mexico. #ElTriEng

It has to be Herrera. Many will make the argument that Dos Santos was the best player, which is fair and probably right, but I’m giving this recognition to the man with two assists.

After months of inconsistent performances for club and country, it’s refreshing to see the Porto player step up for Mexico in recent matches. As long as he and Dos Santos continue to shine in the center of the pitch, El Tri has a decent chance of fighting for the Confederations Cup title.

Always looking for a good game or pint, sometimes both at the same time. When he's not trying to find a new bar to watch some soccer, he's usually writing at home and hanging out with his cat, DJ Cuddles.
Newer Post
Bravo gets his first, Phoenix Rising FC and Real Monarchs draw 1-1
Older Post
Colorado Rush Men Looking for Magic in UPSL and Rush Women Play Exhibition in WUPSL