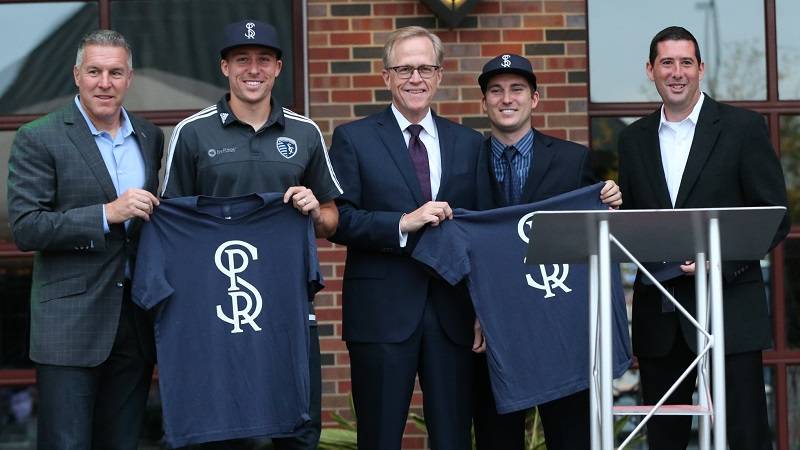 The United Soccer League announced Thursday that Sporting Kansas City of Major League Soccer has been awarded the league’s 30th franchise, which will begin play in 2016 as the Swope Park Rangers KC. The Rangers are the USL’s 11th MLS-owned and operated club and will play at Swope Soccer Village in the heart of Kansas City.

“We are excited to welcome Sporting Kansas City and the Swope Park Rangers KC to the USL for the 2016 season,” USL President Jake Edwards said. “Sporting Kansas City is consistently one of the top organizations in MLS and has a fantastic locally-based ownership group that is committed to building the soccer culture throughout the Kansas City region. We expect that commitment to result in a highly successful club, playing in historic Swope Park, which will be embraced by local fans. We are also excited about the rivalry that we expect to develop between the Swope Park Rangers KC and Saint Louis FC, as we continue to grow the USL’s presence in the central U.S.”

In its 20th MLS season, Sporting Kansas City is one the 10 charter members of MLS and has enjoyed a great deal of success during the past two decades, winning a pair of MLS Cups (2000, 2013) and finishing as runner-up once, as well as capturing the MLS Supporters’ Shield in 2000. The club also won its third Lamar Hunt U.S. Open Cup title in 2015.

Swope Park Rangers KC home matches will be played on the Championship Field at Swope Soccer Village. The nine-field, $20+ million complex has also hosted numerous championship events for the NCAA and Big 12 Conference.

“This is a great opportunity to fill in an important piece between the Sporting KC Academy and our senior team as part of the long-term vision for our organization,” Sporting Kansas City Manager and Technical Director Peter Vermes said. “The USL will offer a great level of play and the Swope Park Rangers will be a natural fit in our strategic philosophy around expanding and improving our player pool.”

Sporting Kansas City has enjoyed affiliation agreements for the past three seasons with Orlando City SC (2013-14) and OKC Energy FC (2014-15). Five players currently on Sporting Kansas City’s roster have featured in the USL while on loan in recent years, highlighted by Dom Dwyer’s record-setting season in 2013 prior to becoming an MLS All-Star a year later.