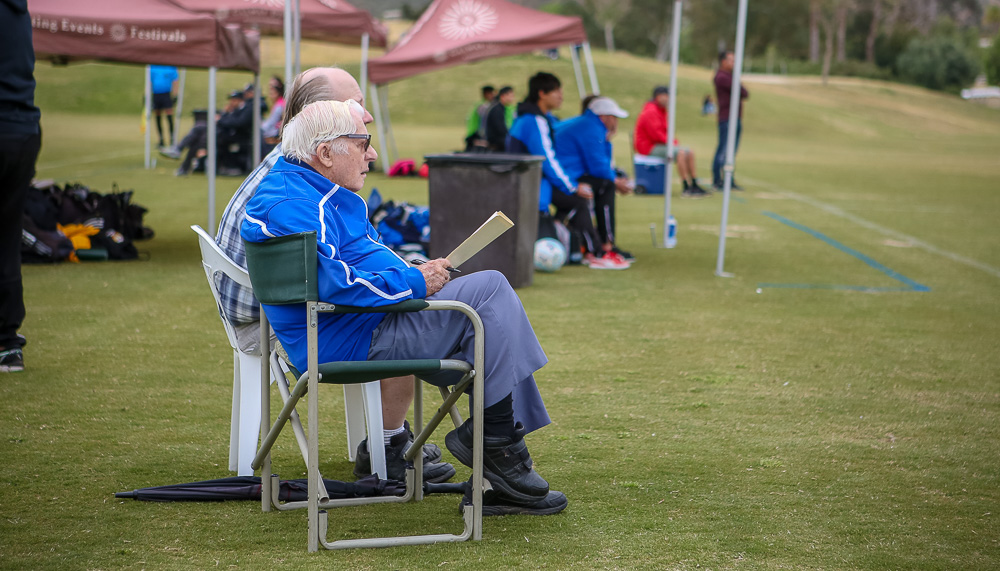 Lee Popejoy is a founding father of soccer in San Diego and Southern California.

Cal South Soccer has an extensive system in place to certify, educate, and promote referees.  When a referee wants to be promoted to the next level (“grade”), the referee requests an “assessment,” where an experienced referee coach will come to a high-level game. I recently met Lee and followed him as he was assessing and advising referees during National Cup knock-out rounds at Galway Downs in Temecula, California. 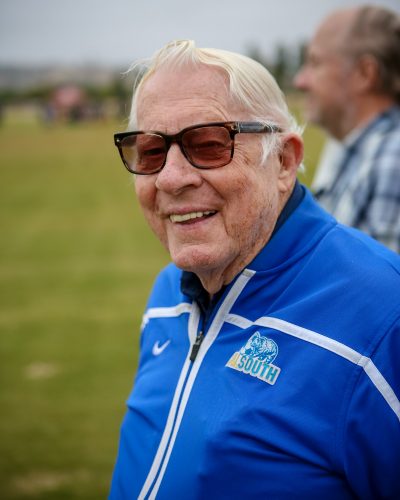 Lee describes, “They want to do better and bigger games, at a higher level. And they want to do the game they’re doing BETTER.  These are all STATE referees, so they’re all experienced. I’ll be looking for top level performance from all of them.  If they’re new referees, I’d be looking for different things to help them get better.”

Asked what he would be looking for at this particular game, Lee responded, “You’ll expect there to be better pay at this game, and these guys are all experienced, and the refs will be looking for the sneaky stuff [from the players]. The coaches teach their players how to do that, so the refs have to really be top notch.  The refs have to be very good at sizing up the game. I size up the game. What kind of game is it going to be? Some referees let ’em play. Some call it tighter. I have to pick up the strategy the referee is going to use for the game.”

Since I had seen Lee speaking with the referee crew during warmups, I asked him if he discusses their refereeing style with the crew. “NO NO! I don’t care what they say, I care what they DO.  I don’t talk to them about the game and the teams before the game.  I find out by watching them. I watch the CR [Center Ref] and what he does before the game.  He watches the teams, and he talks to his ARs [Assistant Referees] to tell him how he’s going to call the game.” 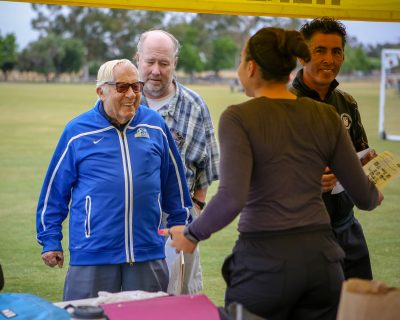 Lee continues, “You [the ref] can learn a lot about the soccer players during their warmups. The ref, if he’s a good ref, will have been looking up these teams to see what league they’re in, what level this game will be.  I’ll answer any questions they want, but I will not interfere. In pre-game, the ref needs to have an important discussion with his team. Refs are all different. Some will call more relaxed games than other and let more happen.  I have to watch how they’re going to call it, and they need to let the ARs know. The CR doesn’t want the ARs making calls, so they need to be sure to talk before the games so they can all be consistent and work together well.  Coaches, players, and parents will not be happy if they see the AR calling fouls that the CR doesn’t call. So they need to work together.” 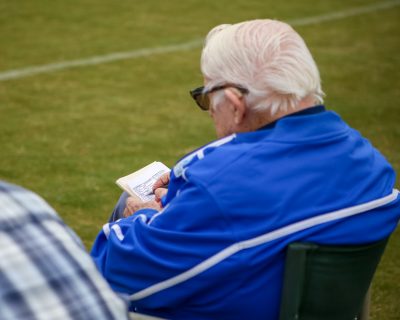 Young referees often need the most guidance and training. I asked Lee about training for newer referees — young and old. “We have classes for beginning referees. We teach them what to do when a coach gets mad at you. I role play. I bring the meanest coach I know to the class, and I tell him to give the ref heck. I teach the ref not to say a word, just to look at the coach. The coach eventually stops. And I tell the ref to say ‘thank you,’ and walk away. The ref can also look at the coach and [points off the field, ejecting the coach]. The ref needs to know they have that power. They don’t want to use that power all the time, but you do have that power.”

“REMEMBER: Who is doing the yelling?? The coach is the one with the problem, NOT YOU!“ 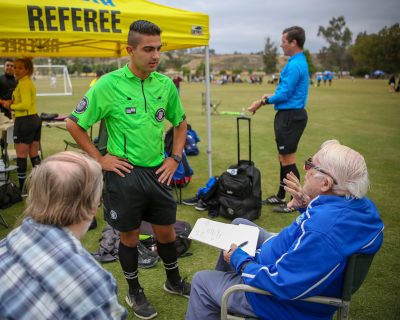 “How do you react to that? When an adult says something to a kid, the kid is supposed to defer to that adult authority.  So I teach new refs to sit there and not say a word, then say ‘thank you,’ and walk away. And if the coach continues, the ref should eject that coach.”

As we were wrapping up and Lee was about to go speak to the referee crew after the game, I asked him, “What’s the biggest game you ever refereed?” Since Lee has over fifty years of refereeing experience, I was expecting an impressive answer, and Lee did not disappoint. With a smile, he said, 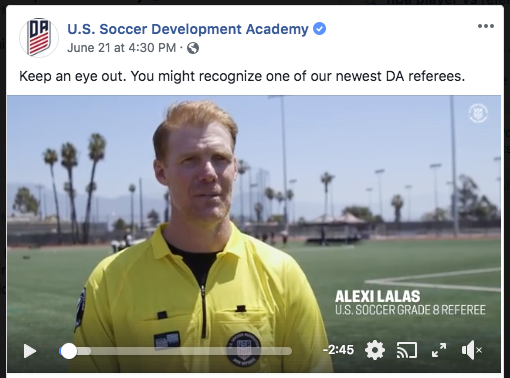 Since Alexi Lalas is a newly minted Cal South Grade 8 referee (you can check out the list of Cal South referees HERE, scroll down to the L’s), maybe Lee Popejoy will be in charge of deciding if Lalas gets promoted to Grade 7.  Good luck, Alexi!