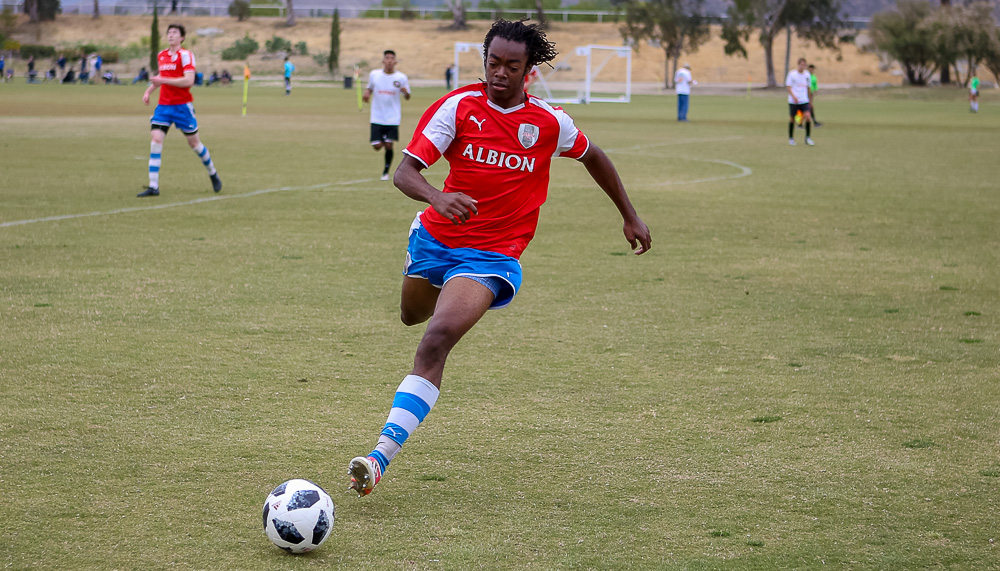 Darius Boamah was a typical San Diego eighth grader, playing club soccer and enjoying life as a “Navy Brat.” Then one day, he and his younger brother were roughhousing like brothers do, and their heads collided. Darius began having concussion symptoms, so his parents took him to Balboa Naval Hospital, where his mother is a pediatric gastroenterologist in the United States Navy. 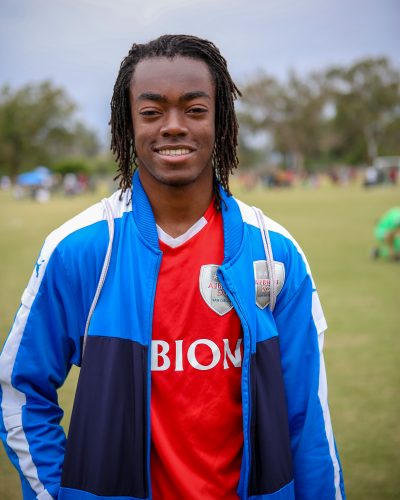 What was a simple check for a concussion became the beginning of Darius’s fight for his life. An MRI of his brain showed a tumor the size of a walnut. More scans showed a grape-fruit-sized tumor on his lung.

Stunned as Darius was telling me his story, I asked him if anyone had noticed symptoms before the head-butt.  He explained, “I didn’t have any breathing problems even though the tumor on my lung was so big. But before they found it, when I was playing, I would not be able to see to the side, like my peripheral vision was gone. I didn’t even really notice. But it turns out the tumor was blocking my vision or something.”

“My dad would say ‘why didn’t you pass to that guy who was out wide?’ and I was like, ‘I didn’t see him,’ but we never really thought anything of it.”

“I got brain surgery first, and they just took out the one on my brain, and I went home a day later. My mom is in the military, so I had the surgery at Balboa Naval Hospital. Then I did three months of chemo for the tumor on my lung. That shrunk the tumor, and when chemo was over, they just did a little surgery to take the rest of the tumor out. I pretty much missed the second half of eighth grade because of all the chemo.  I missed soccer my freshman year of High School [at Scripps Ranch High School], but I ran track. I didn’t have to miss any school, because they have this thing called ‘home hospital.’ I started playing club again, just to start training, during October of my freshman year.”

Curious if he needs continuous monitoring, I asked him, “Do you have to do checkups now all the time? Or is the cancer gone?”

Darius answered, “Sophomore year, I had to get MRIs every month, then every three months, then every five months, and now it’s completely gone. I get a scan every year, but it’s gone.”

I asked Darius if he had a Make a Wish experience. 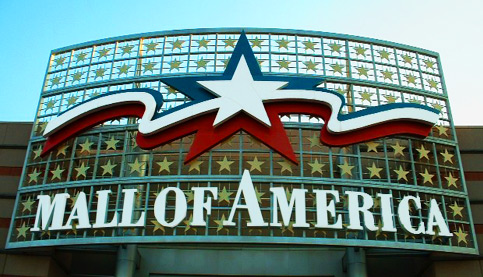 He replied, “Yeah, I went to the Mall of America in Minnesota. I saw it on Monopoly and always wanted to go there. It was cool.”

He explained, “I knew I wanted to do broadcast journalism, so I started researching the best schools for that.  I want to be a sports anchor. So we were looking at the top schools for broadcasting, and I found Emerson College in Boston. Once I learned about Emerson, it became my top school. I didn’t apply anywhere else. I knew I wanted to go to Emerson.” 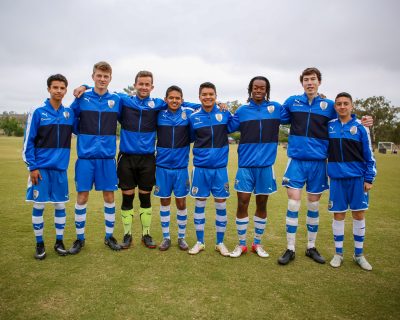 In March of his senior year, after he had been accepted to Emerson, Darius attended a showcase tournament in Las Vegas with his family and younger brother, but just as a spectator, since Darius’s Albion team wasn’t participating in the showcase.  While in Vegas, Darius saw the Emerson coach and struck up a conversation. Darius told the coach that he was going to be attending Emerson in the Fall and asked about the team. The coach asked to see Darius’s highlight video, and an offer soon followed. Since Emerson College is an NCAA Division 3 school, there are no athletic scholarships available. However, many DIII soccer teams, including Emerson, are highly competitive, and an offer of a roster spot is an enormous honor.

The entire team at SoccerNation.com wishes Darius huge success as he heads off to become an Emerson Lion.