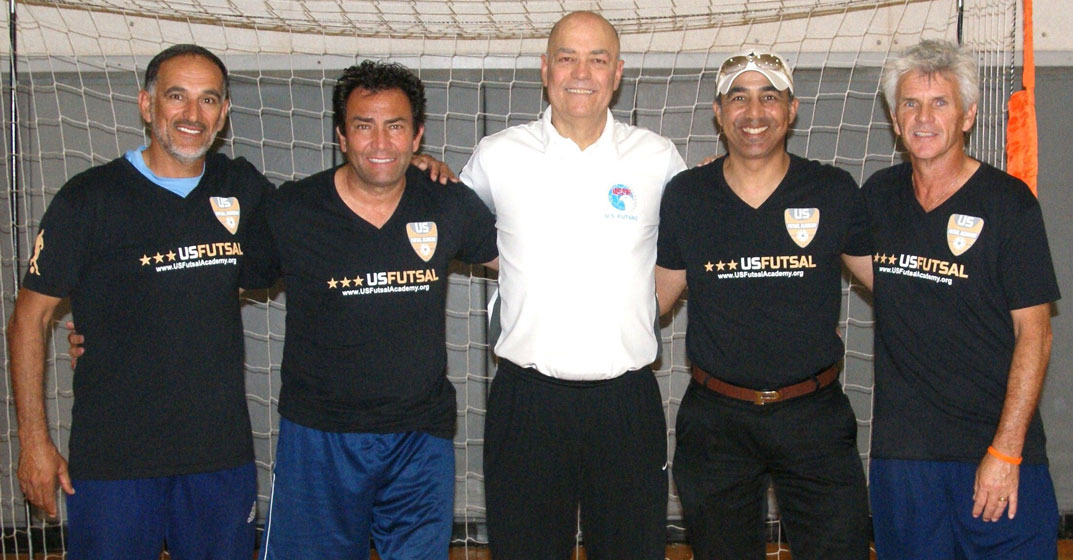 The United States Futsal Federation President and CEO, Alexander Para, has appointed Platini Soaf as the first ever Director of Futsal in San Diego and Orange Counties. With this positional appointment comes the mandate to promote the sport of Futsal under the banner of U.S. Futsal at the coaching, player, and league level.

“I am pleased to announce that San Diego will be in good hands in regard to the development of Futsal with the addition of Platini Soaf, Raffi Ruotolo, Brian Quinn and Abdelghani Toumi to lead our coaching education program,” said Para.

Soaf is tasked with the education and licensing of coaches to U.S. Futsal’s standards, and the development of young players with the necessary technical skills to perform at the highest level of the sport.

The U.S. Futsal Academy recently sponsored the first U.S. Futsal coaching course in San Diego in which 40 coaches and directors of coaching attended. U.S. Futsal National Instructor Bill Sampaio provided coaches with the necessary education to teach the game and grow the sport.

“The course was very informative and Bill was outstanding with his presentation. The coaches enjoyed the classroom and the court time,” said Raffi Ruotolo, one of Soaf’s assistant directors.

“Seeing all these professional coaches taking part of the first ever U.S. Futsal State Level 2 License gives me great satisfaction. We are very lucky to have our National U.S . Futsal instructor share with us his extensive knowledge to how we can improve our players at a faster pace . As soon as I left the course, I couldn’t wait to share what I learned with my players and coaches that were not there.” – Platini Soaf

Once coaches have been adequately licensed, the focus turns to transmitting knowledge and skills to the next generation. While there has yet to be a release of concrete information, the mission of U.S. Futsal is to promote Futsal as the indoor game of choice in Southern California in an effort to enhance player development. Players develop best by playing competitive matches, and it stands to reason that some form of league is forthcoming.

Futsal has risen to national prominence in recent months with news of NBA Dallas Mavericks’ owner Mark Cuban buying in to a newly developed Professional Futsal League, along with famed professional teams such as Barcelona and Benfica who are due to own and operate teams based here in the United States.

One can only hope that the initiatives of youth and professional adult Futsal align in such a way that provides talented young players with a pathway to professional careers.

Additional information can be found on U.S. Futsal’s website.