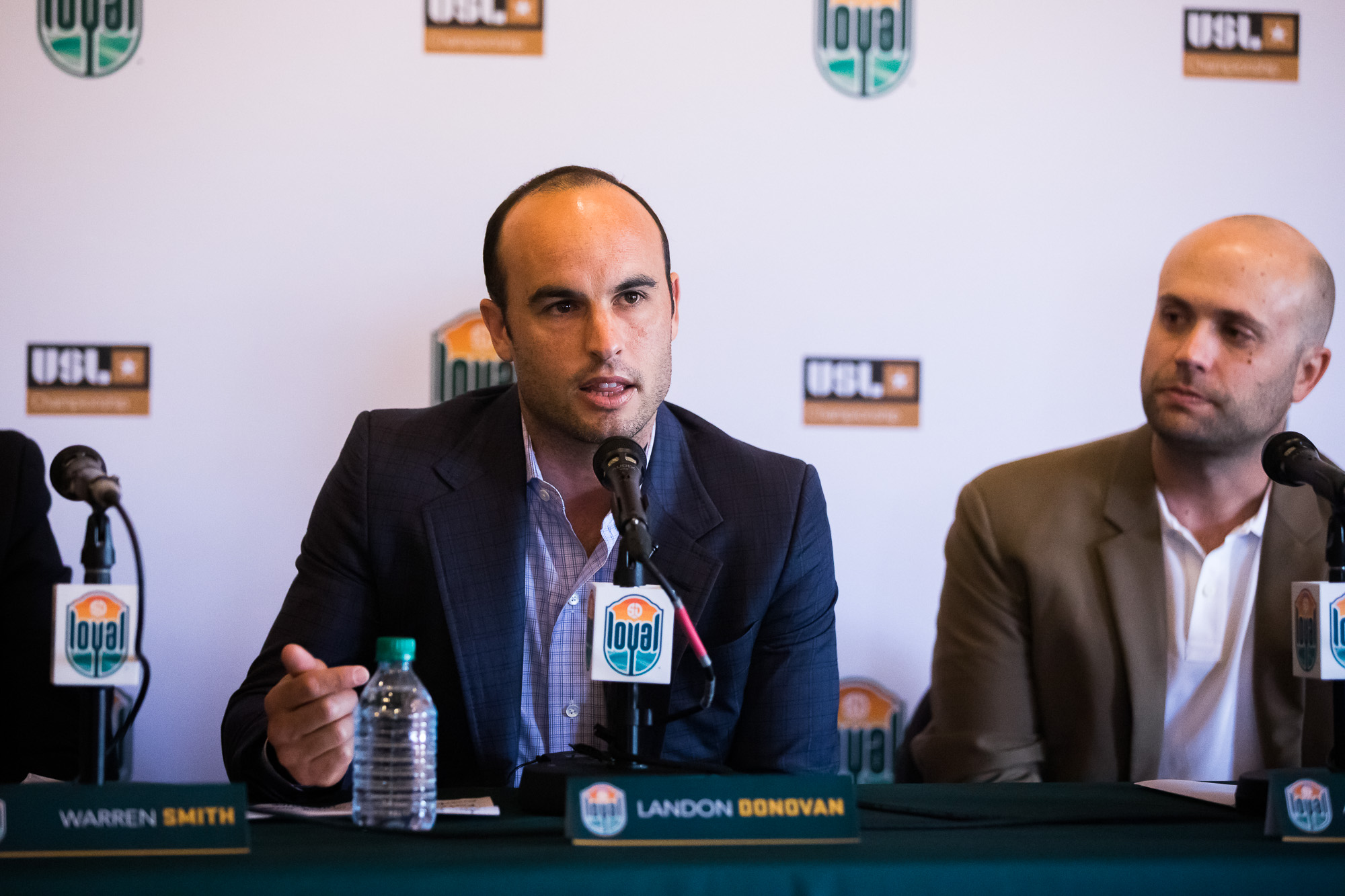 Landon Donovan: Getting Cut from the 2014 roster was “much more valuable than going to a World Cup.”

Landon Donovan was recently announced as manager of SD Loyal. Donovan’s team will begin play in the USL Championship in March 2020. During the announcement event, Donovan told a story from his past that he had never told publicly before.

At the recent SD Loyal event, Donovan took a deep breath and told the world about that day. He explained that after he found out he wasn’t going to the World Cup, “I walked into the shower and sat there and cried.”

Donovan continued, “I was sitting there in the shower stall crying. Then something happened. Michael Bradley, DaMarcus Beasley, and Kyle Beckerman walked in. They put their arms around me. I was sitting in the shower crying, and they consoled me.”

“I’d always been the star, made every team.”

“I’d always been the star, made every team. This was the first time at thirty-two years old that I had experienced that [being cut]. I thought it was pretty special that they came and consoled me.”

Donovan was aware of his friends’ kindness and compassion in that moment. It wasn’t until a few weeks later, however, that the vast importance of that encounter really hit him. And it hit him hard.

Kyle Beckerman had never been to a World Cup before. 2014 was likely his last opportunity. And then, when he found out that he was going to his first World Cup, Beckerman chose to console his friend. Donovan told the assembled press, “A few weeks later, I was sitting there thinking about it, and I realized that in that moment, they had just found out that they were going to a World Cup. But what really hit me was Kyle Beckerman. This was Kyle’s last opportunity to make a World Cup roster. … This was his first World Cup. It should have been, and it was, the biggest day of this life and his career.”

“I can say genuinely I know what that’s like. I’ve been through it.”

“In that moment, he had the awareness and the compassion to put his arm around me and console me. I had an aha moment. … That experience is much more valuable than going to a World Cup. That type of compassion and understanding for every player on that roster. …The ones who make it … The ones who have been cut … That’s what will allow me to be successful as a manger. I can say genuinely I know what that’s like. I’ve been through it.”

Before the 2014 World Cup, Donovan had never experienced being left off a roster, struggling with the emotions that follow. Donovan has surrounded himself with a team of exceedingly qualified coaches and technical staff. He doesn’t bring baggage, but collected knowledge and maturity. In conclusion, “LD” is ready and able to face the challenge of leading SD Loyal.

Stay up to date with all things SD Loyal here.