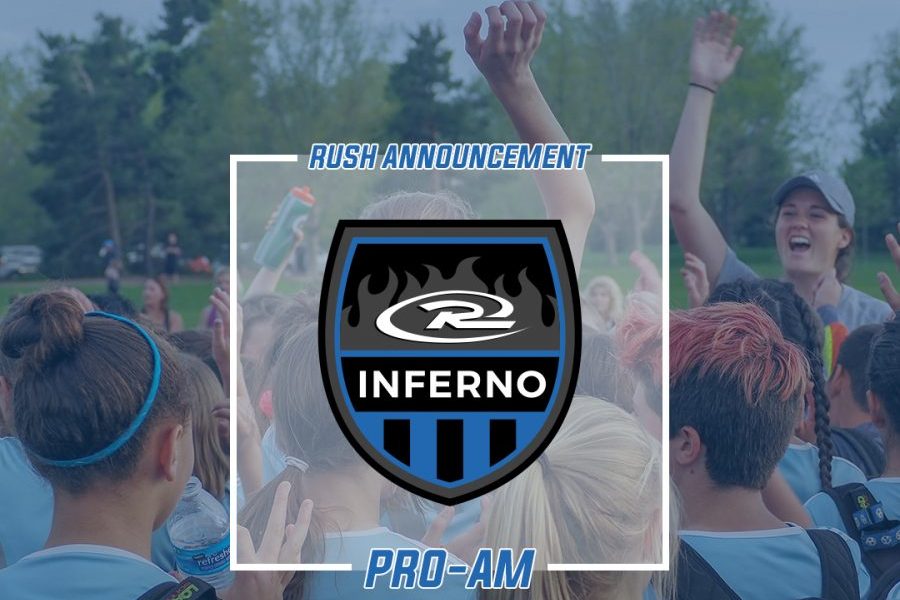 The Rush Soccer organization added another important pillar on Thursday by signing a deal with Lancaster Inferno, a United Women’s Soccer (UWS) club based in the Pennsylvania area. The newly dubbed Inferno Rush team takes its place as the official women’s national pro-am team of Rush Soccer, and will compete in the UWS Eastern Conference.

“Partnering with an outstanding organization that shares our values and commitment to women’s soccer will help us achieve our vision and compete at the highest level,” said Francisco Cleaves, Inferno Soccer President. “We are proud to have been selected to become the next step for Rush Soccer’s female players on their path to pro.”

With this new partnership comes a new logo that pays homage to the heritage of the Lancaster Inferno’s role as a founding member of UWS while simultaneously infusing excitement and energy into the Pennsylvania sports market.

“We are extremely excited about bringing Inferno Rush to Pennsylvania,” says Rush Soccer President Tim Schulz. “Our goal is to develop the best youth soccer players in the world, and the announcement of a pro-am team for the women’s side of the Rush Soccer organization is a tremendous step towards creating one of the best professional development pathways in the world for amateur female athletes.”

Rush has long been a leader in youth development, and with the addition of Inferno Rush to the organization, the club is now in a unique position within the sport with a senior women’s team sitting atop the largest academy system in the world.

Rush Chairman Jérôme de Bontin speaks on the importance of having a competitive academy below the professional team:

“It is difficult to imagine a professional soccer team without an academy — the academy is often referred to as the soul of the organization. Rush Soccer has 40,000 members across the world, and by instilling their faith in us, Inferno Rush will have one of the largest networks in U.S. soccer to scout from and hopefully develop into world class players for the pro-am team. Rush Soccer has been pursuing a professional women’s team for some time now, and have found it in the Inferno organization.”

An amateur team doesn’t seem like a logical destination for a world class player, and neither does UWS seem like the final frontier for the Inferno Rush. Look for the club to continue pushing the limit and raising expectations until it truly is competing at the highest level of American soccer.