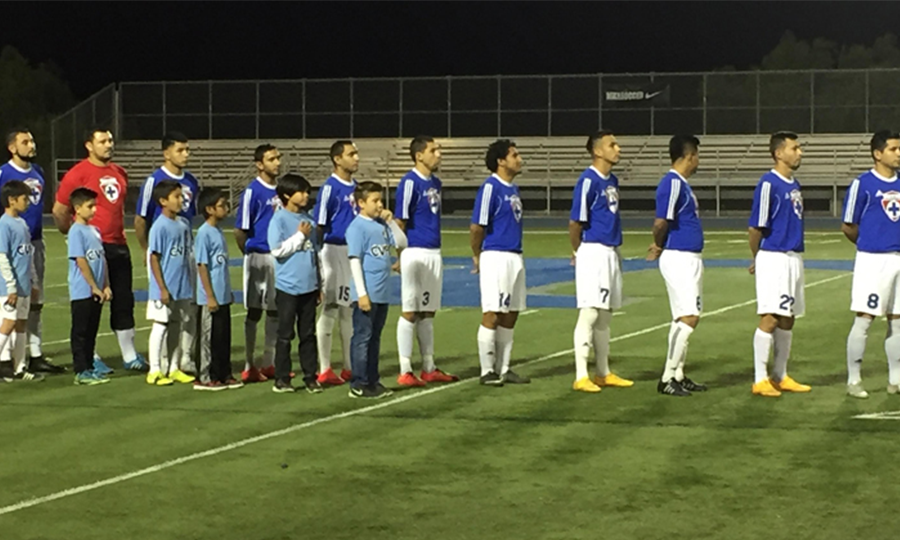 Sometimes, it takes a change of approach to get some wider recognition.

That’s the case for Southern California amateur team La Maquina, sharing the nickname and kits of Liga MX side Cruz Azul due to owner Alejandro Uribe’s affection for the Mexico City team, who turned many heads on Saturday when they defeated Chula Vista FC 4-0 on the road in the second round of the 2016 U.S. Open Cup qualifiers. From a team that gained some recognition themselves when they made a run in the 2015 Open Cup tournament, La Maquina took the baton and are now seeking to go on a run themselves, should they qualify for next year’s tournament.

But if La Maquina has never qualified for the U.S. Open Cup, it’s not because they are a new team or haven’t been good enough to be on the cusp of qualification.

Assistant coach Edson Martinez explains the team, which has been around for 12 years, changed their tack from a team that mostly entered tournaments to one that played in a local league — in this case the UPSL — in order to give the U.S. Open Cup a go.

“They’ve always asked us to be in a league where you can [get] in the U.S. Open [Cup], but the owner of the team, he’s always…had the teams on Sundays, but he’s had really competitive teams. We’ve been going to tournaments, and we’ve been winning tournaments. They won the Silver Mug Cup a year ago, they just won the Ram [Copa Alianza] Cup in San Bernandino. They win major tournaments, but they’ve never entered the U.S. Open [Cup].”

“It never came to mind. [Uribe] never really saw it until people kept asking him why doesn’t he put his team there? Because we have really good players.”

Martinez touted the experience among those former pros, especially Borboa, who was lauded for his ability to encourage his teammates, some as young as 18 years old, to “keep control, not lose focus.”

What helps La Maquina in games like that against Chula Vista, where they were missing four starters and only brought 12 players for the trip?

“The guys that are on the team, you’re looking at guys that have played four to seven years together,” said Martinez. “They know how to play. Under any circumstances, we know how to adjust.”

As it stands, La Maquina has to win one more game in order to qualify for the 2016 U.S. Open Cup tournament. What would it mean for them to reach the tournament for the first time?

“It would be a really great experience,” Martinez explained. “We’ve noticed a lot of people have been asking about us, and want to know about the team. It actually motivated the guys to want to keep going.

Like many of the amateur clubs that are able to get some wider recognition through their participation in the Open Cup, the word “family” is frequently used to describe the close-knit nature of La Maquina. And if they can get over the final hurdle and make it to next year’s tournament, this familial machine may be capable of making a name for themselves around American soccer in 2016.