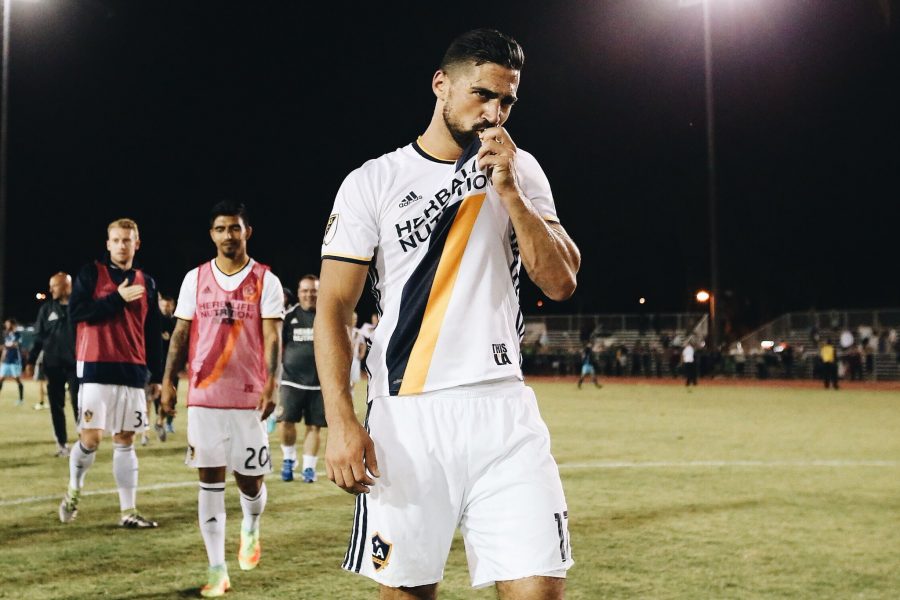 The LA Galaxy reached the U.S. Open Cup semifinal round for the first time since 2005, the last time they won the tournament, after defeating the Seattle Sounders 4-2 on Wednesday at the StubHub Center Track & Field Stadium.

A late brace from Sebastian Lletget made the difference on the night. Seattle actually took the lead twice in a game that was a fairly entertaining encounter for neutrals, with little-used midfielder Michael Farfan chipping in the first goal and Herculez Gomez retaking the lead in the second half for the visitors.

But each time Seattle took the lead, LA came back, first via Alan Gordon and then in the 77th minute from substitute Giovani dos Santos, as Galaxy head coach brought on some of his big guns to try and take the game, a gamble that paid dividends. After dos Santos leveled the score at 2-2, he and another sub, Gyasi Zardes, helped to occupy Sounders defenders and set up the final two goals, scored by Sebastian Lletget, in the 85th and 88th minutes, to take the lead and seal the win in 90 minutes.

As expected, both sides played largely reserve-heavy lineups, but the substitutes of the likes of Zardes and dos Santos seemed to tip the balance late. As a result, the Galaxy are just two games away from silverware, and from winning a competition they haven’t won in 11 years.

The semifinal is sure to be a barnburner, as the Galaxy will host FC Dallas on August 10. Both teams will likely take a spot in the Open Cup final seriously, and both teams will also likely have an eye on league play, too, especially Dallas as they currently lead in the MLS Supporters’ Shield. You never know quite what to expect from Bruce Arena when it comes to the Open Cup, but considering this is the farthest his Galaxy teams have come in the U.S. Open Cup and that they’re only two wins away from a trophy, I would expect more first-team players to make their way into the lineup for the semifinal, especially considering FC Dallas have played close to a full-strength side throughout their own Open Cup run this year.

And the Galaxy’s win means a Southern California team remains in the tournament, and has reached the final four. It’s sure to be a fascinating game on Aug. 10, and could be another step in adding a new chapter to SoCal U.S. Open Cup lore. Time will tell.