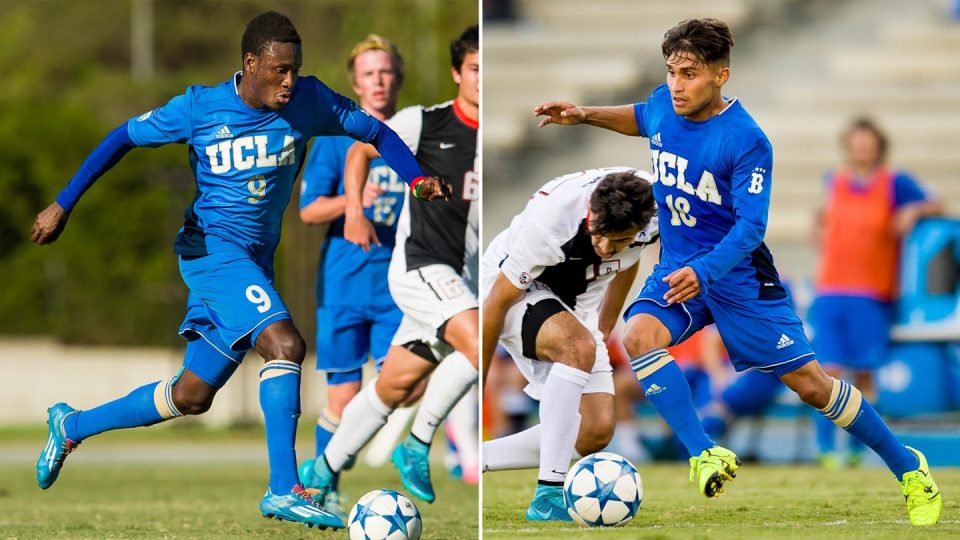 The 2016 college soccer season is weeks away from starting and a total of 64 NCAA DI players (28 men and 36 women) have been named to the 2016 Missouri Athletic Club’s (MAC) Hermann Trophy watch list. The MAC Hermann is college soccer’s equivalent of the Heisman Trophy. In this year’s field, a total of six California natives have named to the list.

The four natives on the men’s side are Chris Wehan (Laguna Niguel/New Mexico), Abu Danladi (Los Olivos/UCLA), Nick DePuy (Irvine/UC Santa Barbara), and Tanner Thompson (Loomis/Indiana). The women’s side has two and they are Kayla Mills (West Covina/USC) and Arielle Ship (Westlake/California).

Also named are a four players who are currently playing college soccer in California. Jose Hernandez (Phoenix/UCLA) is the lone men’s players named and Jane Campbell (Kennesaw, GA/Stanford), Morgan Andrews (Milford, N.H./USC), and Andi Sullivan (Lorton, VA/Stanford) represent the women. While the state of California has had its fair share of men’s MAC Hermann recipients (4) no native has ever been awarded the trophy. Colleges in California have claimed the previous two year’s awards. Joran Morris in 2015 and Leo Stolz in 2014.

On the women’s side, there are 5 winners. From this list, four are natives. This includes Mandy Clemens 1999, Aly Wagner 2002, Christen Press 2010, and Teresa Noyola 2011. Three Califronia natives have won the award while palying college out of state. This includes Cindy Mosley 1996 , Tisha Venturini 1994, and Michelle Akers 1988. Near the end of the collegiate regular season, NCAA Division I coaches whose programs are NSCAA College Services program members, will participate in the 2016 NSCAA All-America selection process and the MAC Hermann Trophy lists will be narrowed down to the top 15 players for men and women. College soccer fans will also have the opportunity to participate in the selection process, by voting for their favorite semifinalists in November at the MAC Hermann Trophy website, managed by LockerDome.

From that pool of 30, a total of six finalists (three men, three women) will be chosen for the final balloting for the award. The finalists will be invited to St. Louis for the official announcement of the two winners at a press conference prior to the annual MAC Hermann Trophy Banquet.