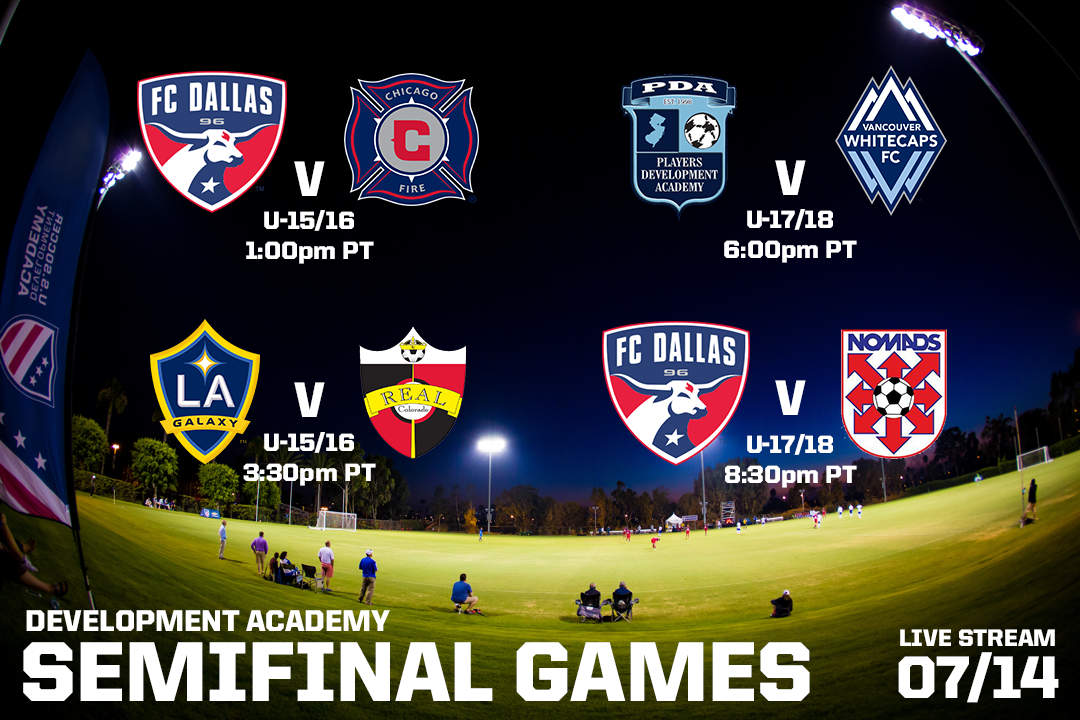 This past August, more than 190 clubs from around the country kicked off another United States Soccer Development Academy (USSDA) season.

Less than 12 months later that list is now down to eight teams that include California’s own LA Galaxy U-15/16 and Nomads U-17/18. The other advancing teams in the U-15/16 group are FC Dallas, Chicago Fire, and Real Colorado. Joining Nomads in the U-17/18 are FC Dallas, Vancouver Whitecaps, and Players Development Academy (PDA) from New Jersey.

The semifinals games and the U-15/16 and U-17/18 finals will be live-streamed July 14th and 16th on U.S. Soccer’s YouTube channel. All matches will be held at StubHub Center in Carson California.

The Nomads, #19,  will face #2 seeded FC Dallas, a team they have not played this season. The only team in their age group they played was the #7 Whitecaps in September. Nomads were victorious in that match 2-0. PDA entered the first group round in Indiana as the #15 seed.

Good luck to the California teams!