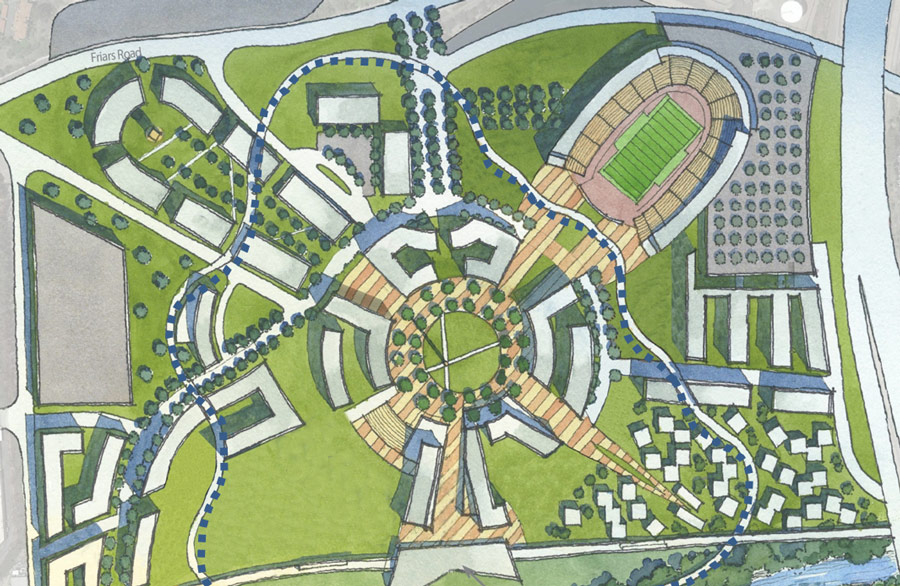 MLS expansion is an evergreen topic in many American soccer circles these days, and with the league expanding the number of teams on a regular basis, more and more cities are joining the list of potential MLS cities one day.

One city that has been in the MLS expansion rumor mill a lot lately is San Diego. Why the sudden interest? MLS Commissioner Don Garber has not only confirmed the league will expand to 28 teams recently, but he’s also name-checked the Southern California city as an expansion candidate twice in a week, first last week on a visit to another expansion hopeful locale, Sacramento, and once again on Thursday in New York during a media roundtable discussion.

SI.com reported earlier this week that Garber admitted MLS was in discussion with “interested parties” in San Diego, so something that seemed quite speculative appears more likely than ever. Not that it’s a done deal, but it’s more possible than it has been before.

Of course, the situation with the NFL’s Chargers and the Qualcomm Stadium site in the Mission Valley section of San Diego appears to increase the chances San Diego could enter MLS one day. The Chargers will remain in San Diego at least through next season, although an eventual move to the Los Angeles region is still a possibility. But if the Chargers do stay in San Diego for good, they are pushing for a new stadium downtown, which could open up Qualcomm Stadium for redevelopment.

In turn, San Diego State University’s president is advocating for the Qualcomm Stadium site to become a new campus for the university, and could include a stadium for an MLS team, as the president’s office made explicit in a blog post earlier this month. And certainly, just because a university wants something to happen doesn’t mean it will, but the fact that SDSU is already willing to put a stadium for a MLS team on a proposed campus already cuts out one potential obstacle.

So it appears San Diego does potentially have an interested owner in play, the most essential building block for a new MLS team, as well as the potential for a stadium deal. And with Sacramento and St. Louis the current frontrunners to enter the league in a projected date of 2020, that gives San Diego the time to both settle on an ownership situation and to make definitive progress on a stadium plan. Furthermore, the fact that Garber keeps bringing up San Diego most likely means the league is taking the city seriously as an expansion contender.

Despite all that, San Diego is not a done deal as an eventual expansion city — far from it. While the city is certainly full of soccer fans, there is at present no popular movement to bring MLS to San Diego, in the way there was in Philadelphia and Atlanta, for example. San Diego does have many factors going for it, but as we discussed back in December, there are also some drawbacks to consider, even with an owner and stadium plan possibly falling into place. Still, for the time being there is a distinct chance San Diego could join the MLS club down the line. Stay tuned.