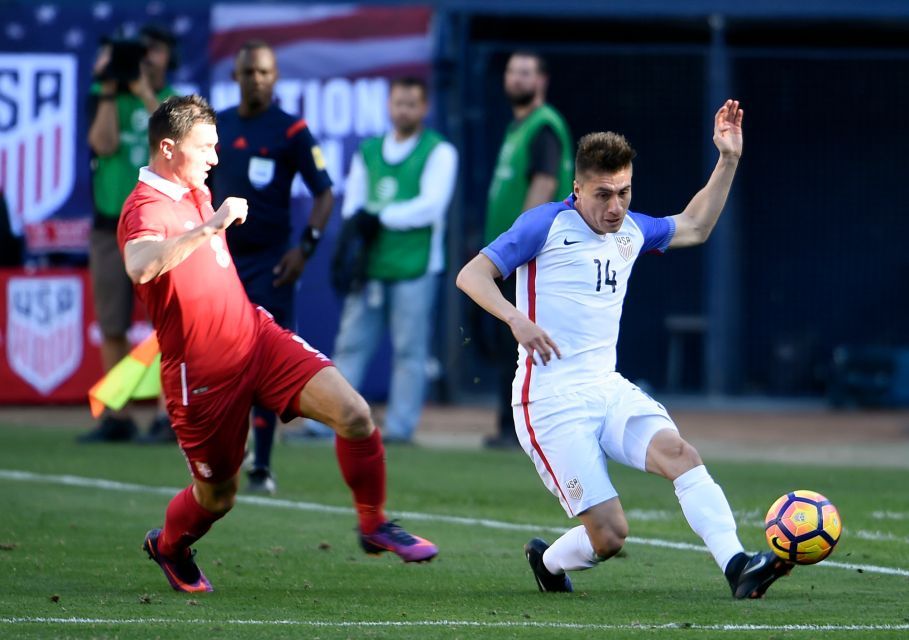 The U.S. Men’s National Team bounced back in World Cup Qualifying with a 6-0 thumping over Honduras and a 1-1 draw against Panama on the road. With four points through four matches, the USMNT is currently sitting fourth in the Hex ahead of Honduras and Trinidad & Tobago and behind Mexico, Costa Rica, and Panama. If qualifying ended today, the USMNT would advance to a inter-confederation playoff between the fifth place team from the Asian Football Confederation (AFC). This home-and-home series will be played on November 6 and 14 with the first leg in North America. Hopefully for the USMNT this does not happen.

Regardless, us Californians should only care about the playing time our native players received and all three natives called up to the squad saw playing time.

Jorge Villafana (Anaheim): Started at left back in both matches and played a combined 180 minutes. Without going out of a limb, it’s fairly safe to say that Villafana raised his stock the most, especially when the USMNT has been looking for a left back because let’s be real for a minute. Demarcus Beasley will be 36 by the 2018 World Cup…USMNT needs someone MUCH younger there.

Villafana was consistent in both matches, held his own on defense, and contributed to the USMNT attack. Point is, he was given an opportunity and he rose to the occasion and looks to be in the driver’s seat. With two more qualifying matches coming up and the Gold Cup, by this time next year we could be talking about how Villafana cemented his starting spot in the USMNT. Pretty amazing for a guy who won a reality show to earn a spot on Chivas USA’s U-19 squad.

Sebastian Lletget (San Francisco): What could have been? Lletget started against Honduras and scored his first goal for the USMNT just five minutes into the match. However, 13 minutes later he was subbed out after a hard tackle and he is now need surgery and is expected to miss 4-6 months. This unfortunate injury means he will also miss the Gold Cup, an opportunity where he could have bounced back into the starting XI. However, there is still time and he could return to the USMNT in time for the knockout round stage in the Gold Cup. The good news for Lletget is that Arena was forced to play Jones in his position and Jones had a handful of ‘we miss Lletget’ moments. Look for ‘Da Boy’ to get another call up once he’s recovered from his injury.

Paul Arriola (Chula Vista): A late addition, Arriola was the last sub for the USMNT against Panama and provided a much needed spark. His touch was on point and he bossed the right wing down the stretch. Unfortunately for him, no USMNT player was able to take advantage of his crosses into the box. Arriola did exactly what Arena wanted him to do. Added speed, confidence, and a spark. Hopefully Arriola continues to receive more playing time, especially with the Gold Cup coming up.

Omar Gonzalez: Yes, we know he is from Texas, but come on the guy was a Galaxy staple for seven seasons, so we’ll give him honorary status. Gonzalez was outstanding in both matches and looks to have locked down a starting spot opposite John Brooks.