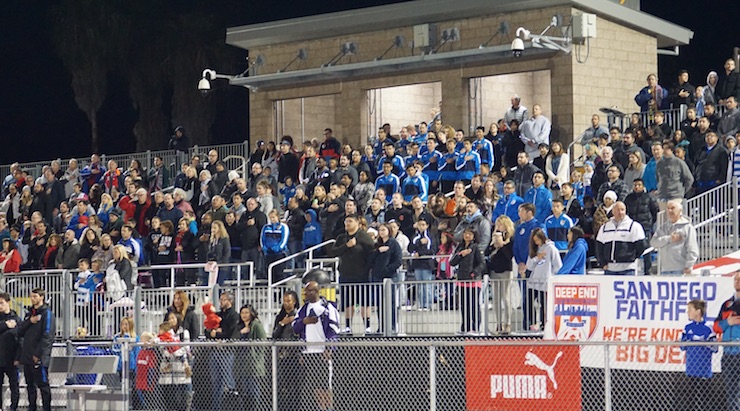 Southern California likely to be involved in new league.

Big news on Thursday, as USL confirmed a plan previously reported by SI.com’s Brian Straus that they will be launching a brand-new Division III professional league in 2019.

USL, which was Division III itself until this year, when it was granted provisional Division II status alongside the NASL, will attempt to fill the subsequent chasm in the professional level by adding the additional league. The release from USL says the new league will focus on new markets with a population between 150,000 to 1 million. The name of the new league as well as expansion teams will begin to be unveiled this summer.

While the official announcement focuses on the new teams that appear to be on the way, Straus’ report speculates that the new league could potentially be a landing spot for some of the smaller existing USL teams and/or MLS2 teams that may not have the same priorities as far as competition and marketing as the independently-owned clubs. There’s obviously no indication from the league on that front yet, so it’s not worth jumping to conclusions, but there could be some movement between USL and the Division III league in the new league’s initial years, in part to help solidify USL’s credentials for permanent Division II sanctioning.

What will this announcement likely mean for Southern California? The answer appears obvious, that there will almost certainly be some kind of presence in the region for the new league. There have been rumors that Fresno is a USL expansion candidate, for example, and they could possibly fit in the Division III league. And for competing groups looking at NASL expansion in the region, if some groups are ultimately left out in the cold they could opt to go to the new league and still offer professional soccer.

Above all, the boom period of American soccer continues apace, and it seems quite likely that the efforts of expansion in Southern California in several leagues, coupled with Thursday’s news of the new league, mean many more pro soccer teams are likely on the horizon in the near future.