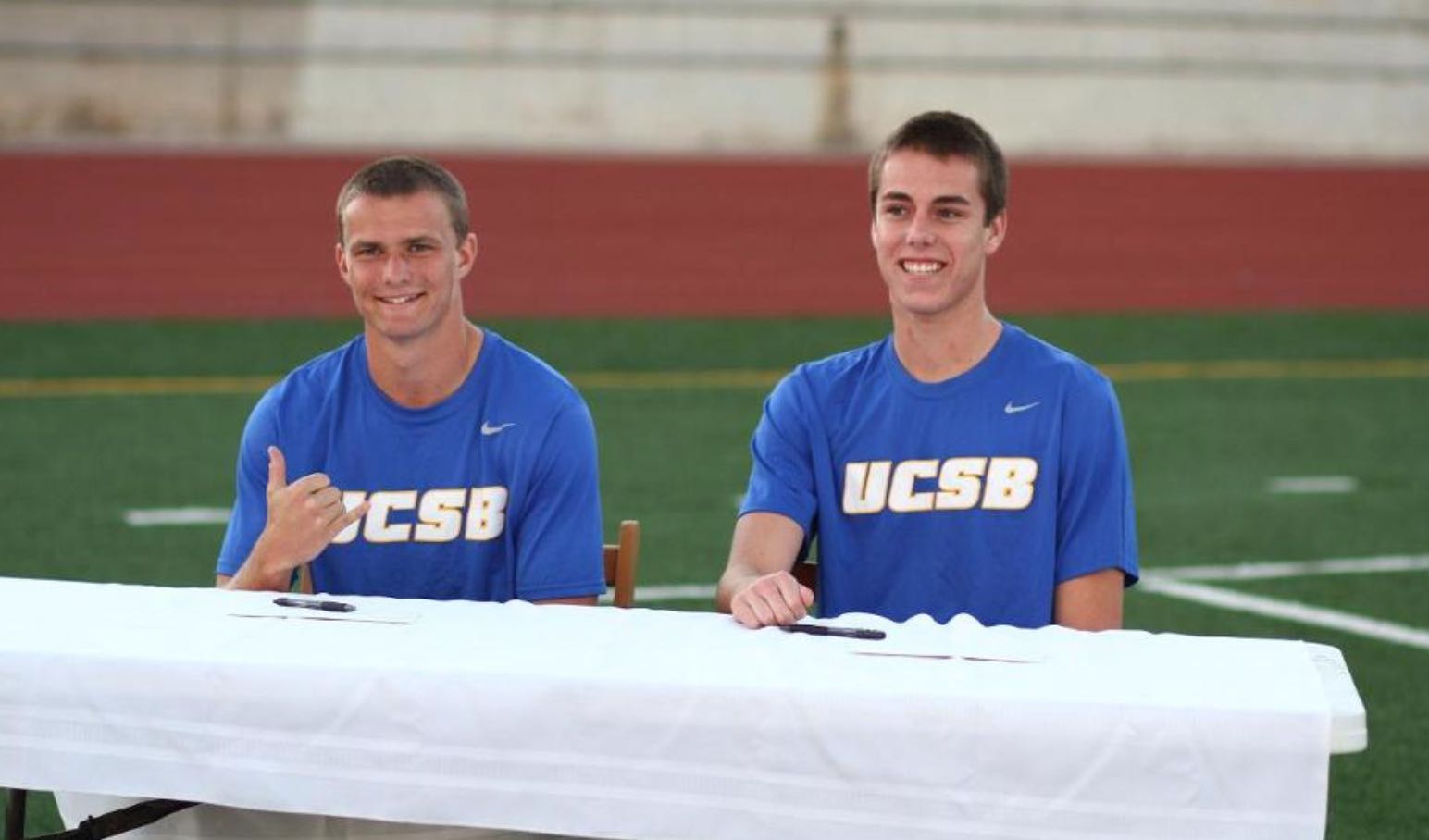 The U.S. MNT U-18 goalkeeper Justin Vom Steeg who is from Santa Barbara, went to San Marcos High School and played for club team Real So Cal, graduated in 2015 from high school and already committed to UC Santa Barbara. He will start college next fall, but because he enrolled early he was able to start training with the Gauchos this past spring season.

According to Top Drawer Soccer, Justin is a four-start recruit, the No. 2 goalkeeping prospect in the country and the No. 3 player in Southern California. He recently earned a West Region Goalkeeper of the Year from US Soccer. Justin has been a part of the U.S U-14, U-15, and U-17 and he is now in the pool of U-18 players.

[quote_box_center]”One of his biggest assets is his size,” said Tim. “When you’re that big as a goalkeeper, and also have the ability to move laterally quickly and command the penalty area like he does, it’s a tall task for attackers to get a shot by him. He has all the makings of a great player at the Division I level.”[/quote_box_center]

Justin will be spending the month of July training with professional clubs in Germany. A few cities he will go to are Dusseldorf, Monchengladbach, and Kaiserslautern. Heading into the 2015 season, even as a freshman Justin is the projected starter goalkeeper for UCSB, and he is taking this summer in Europe to be prepared for that.