It was just announced today that the Fox Sport’s premium television network was re-branded to become FIFA Women’s World Cup™ at least during the duration of the Cup, from June 6th to July 5th of 2015. Their mission is to deliver world’s best soccer and international sports to fans.

[quote_box_center]“Our goal during FIFA Women’s World Cup 2015™ is to put soccer fans first by providing the best, most comprehensive multi-platform coverage this tournament has ever seen,” said Nathanson who the Head of Business Operations for Fox Sports. “This channel is a tremendous complement to the approximately 200 hours of programming we have scheduled on FOX broadcast network, FOX Sports 1, FOX Sports 2 and the FOX Sports GO app.”[/quote_box_center]

Because of the event coming up, they will also have a feature that lets you watch replays of the 2015 and of previous World Cup matches archived and a historical documentary about the Women’s World Cup. There are five of the six finals played, and from the 20 matches available, 14 feature the USWNT. 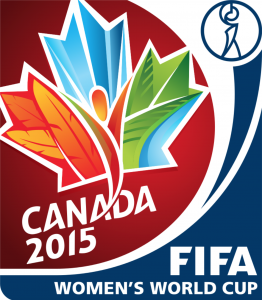 Throughout the year, Fox Soccer Plus premiers other high profile competitions as the UEFA Champions, UEFA Europa League, FA Cup among others.

This channel will be available for subscribers through many providers including AT&T U-verse, Cablevision, Cox Communications, DIRECTTV, DISH Network, Time Warner Cable among others. To get more information and the complete list of providers go to FOXSoccerplus.com.

Maria is a sports journalist for soccernation.com. She is from Brasil and grew up there until coming to the U.S. for college. She is passionate about soccer, her favorite team is the Seleção, and she also likes to surf.
Newer Post
Futsal Summer Camps Coming Up in San Diego
Older Post
Carli Lloyd launches N+TC Fitness Diary workout