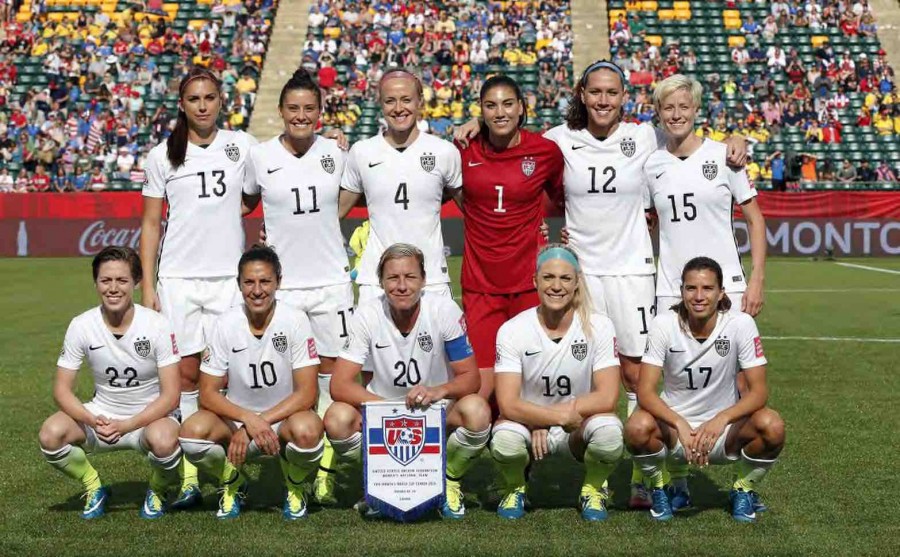 Players on the U.S. Women’s National Team have been unhappy with the way they have been compensated by U.S. Soccer and on Wednesday the team took action.

Five players filed a federal complaint with the Equal Employment Opportunity Commission accusing U.S. Soccer of wage discrimination. In the filing, the five players argue that the U.S. Women’s National Team is paid nearly 40% less than the men, despite bringing in nearly as much revenue for U.S. Soccer as the men do.

The five players who signed the complaint are co-captains Carli Lloyd and Becky Sauerbrunn, Alex Morgan, Megan Rapinoe, and Hope Solo. It has been noted by other members of the U.S. Women’s National Team that these five players are acting on behalf of the entire team.

With revenues for both teams on nearly level terms, the U.S. Women argue that their salary of $72,000 (women’s players are salaried employees) plus extra income is still far less than their male counterparts.

Another painful truth is that the women received a team total of $2 million for winning the World Cup. Then men, who played sluggishly and were eliminated in the Round of 16 pulled in a team total of $9 million.

Players on the U.S. Women’s Team speaking out is nothing new. A handful of players lashed out at FIFA for allowing the 2015 World Cup to be played on artificial grass. Then after the women won the World Cup, they had to cancel a friendly in Hawaii due to the field’s artificial turf, which was deemed unsafe. The women have also grumbled about working conditions, travel, and hotel arrangements.

For the women, it’s pretty cut and dry. They want equal pay for equal work.