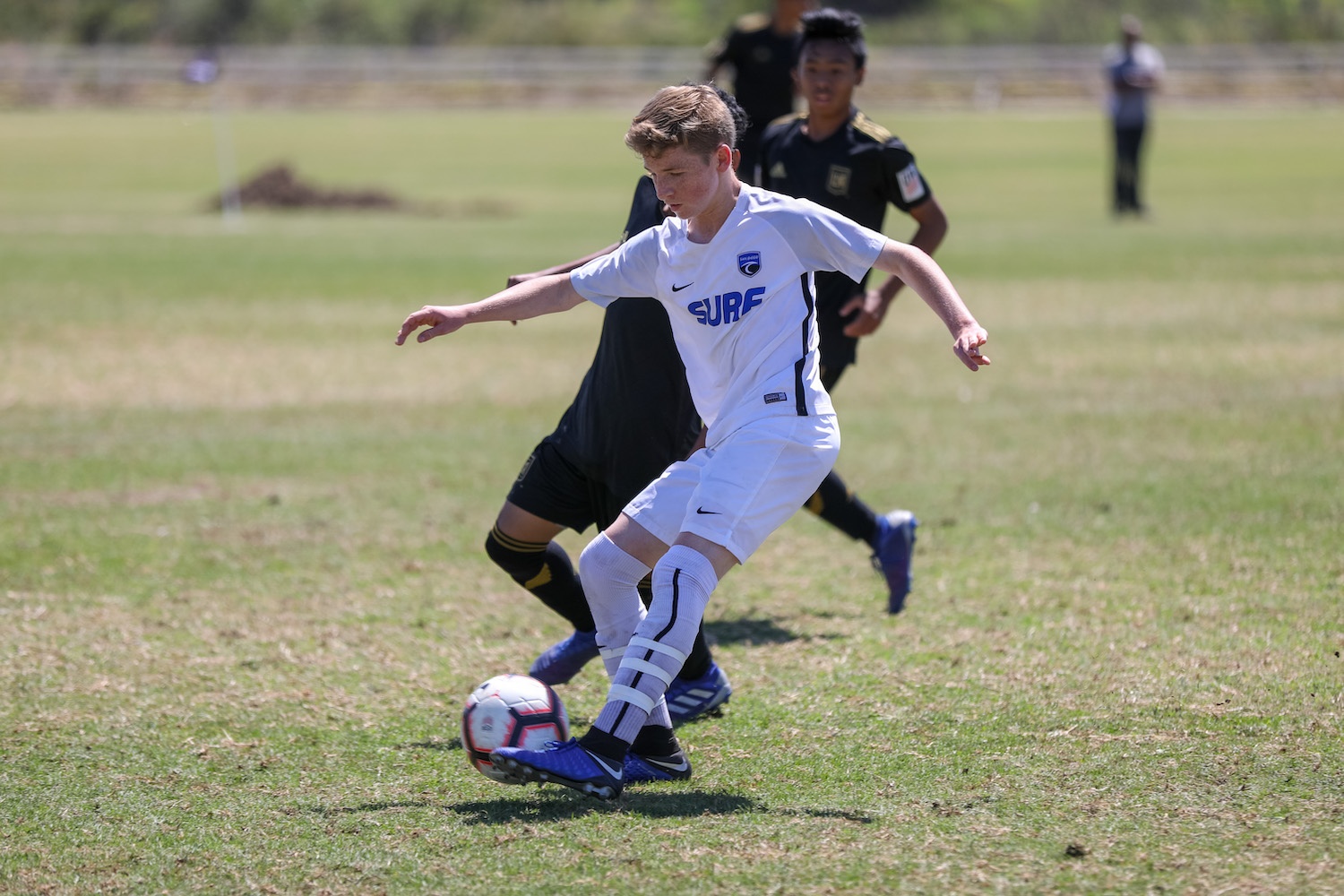 San Diego native Evan Rotundo signed with Shalke FC this past week. The move from Surf SC to the German Club became official on his 16th birthday. The US Youth National Team player will jump to an environment amongst the best in Europe. It is not uncommon for talented footballers from the U.S. to move to Germany. Southern California has a burgeoning pool of youth talent. The region is definitely amongst the best in the country and some would suggest in the world. Rotundo’s move overseas will give him the opportunity to test himself against Europes elite.

I’m very excited to finally announce that I have signed a professional contract with Schalke 04 on my birthday today! ?⚪️ I cannot put into words the emotions I’m feeling right now. Since I was a kid I had this dream to play professionally and everyone that knows me will understand what this day means to me. I want to thank everyone that has helped me along the way. Family, friends, coaches, teachers; you know who you are and each of you know the part you’ve played in my journey to get me to where I am today. Big thanks to my agency; Base Soccer who has helped me make this all possible. Huge thanks to my mom and dad and my brother who have been there through the good and the bad times and it will be tough to leave you. I love you guys. This is the biggest moment of my life so far and I know that this is just the next step in my career. So let’s get to work! @s04 Wir Leben Dich #s04 #mambamentality #knappenschmiede

The young professional will join a Club in Schalke that helped develop players like Manuel Neuer, Julian Draxler, Leroy Sané, Mesut Özil, Ilkay Gündogan and Max Meyer. There is still much work to do for the former Albion and Surf Soccer Club player. But going abroad will give him the ability to test himself at the highest level. There has long been an understanding in the local and national soccer community that his talent was very special. Recently, I was fortunate to feature Evan in an article that revealed his move to Europe, how he credits San Diego in his development, his mindset, training regimen and his goal to be the best American player of all time. The words from Rotundo revealed the fact that he has incredible dedication. For the direction he is heading that dedication will be essential to continue at the highest level of football in the world.

The U.S. is looking to close the gap between our top level talents and the best in the world. It is not uncommon for America’s top players to go overseas to continue their development in more professional and established environments. The progress of MLS Clubs related to youth development is constantly improving. Still, players like Christian Pulisic have used a move to European football to maximize the opportunity to compete against the worlds best. Giovanni Reyna is currently following Christian’s lead at German super club Borussia Dortmund. Evan has long been considered one of the best players in SoCal. He is now embarking on a tremendous opportunity. As he makes this next step in his development toward the best possible player he can be eyes will be upon him. We will be looking forward to his success and wishing him all the best.