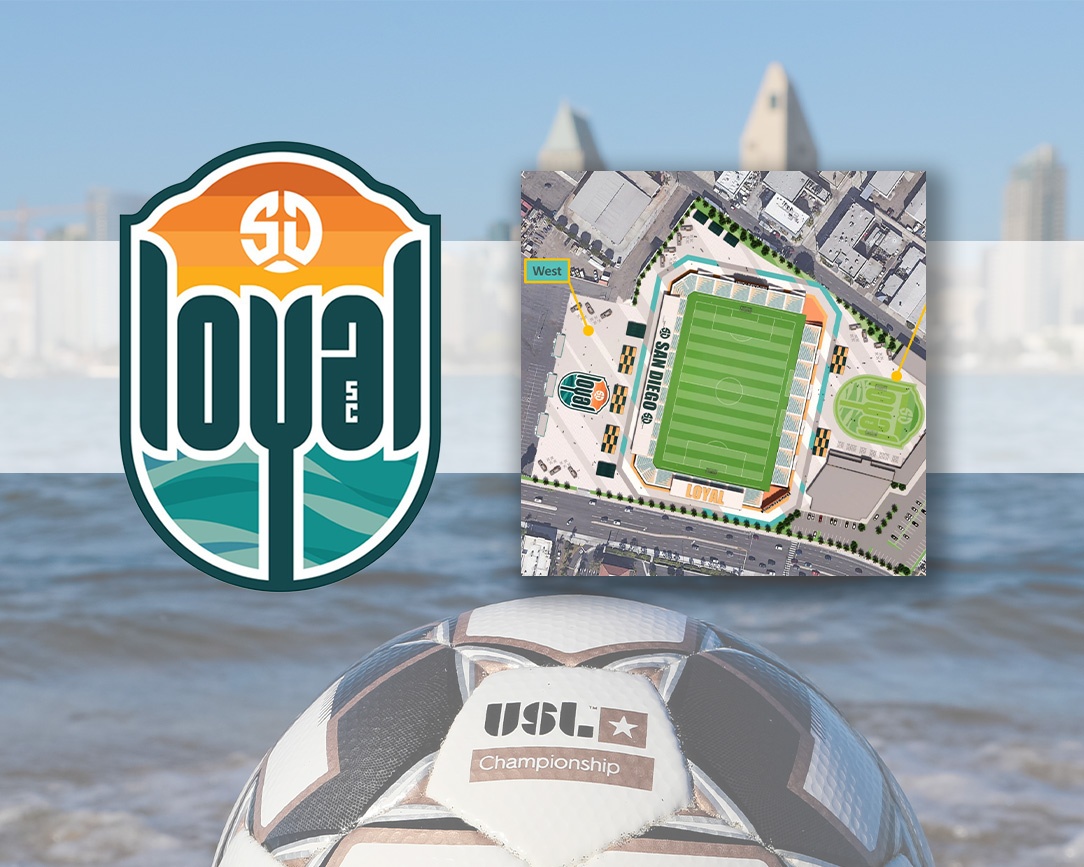 Professional soccer in San Diego has been on a bumpy road. And that was even before the global Covid-19 pandemic. San Diego Loyal Soccer Club, h

Echoes Beyond the Game Communication Series: 7 Phrases Coaches Can Use to Build a Growth Mindset
SoccerNation Exclusive: San Diego FC Youth Leadership Academy
Scouting for the US Youth National Teams | Must-Read advice for Any Player Who Wants to Improve

Professional soccer in San Diego has been on a bumpy road. And that was even before the global Covid-19 pandemic. San Diego Loyal Soccer Club, however, has been paving the way and leading San Diego soccer fans into a new era.

The City of San Diego Is Accepting Public Feedback and Input

Today, plans were announced for the redevelopment of the “Midway” or “Sports Arena” district. The City of San Diego has opened up a “virtual open house.” Locals can review development plans and provide feedback. (link below, but keep reading)

There are two plans up for review. One includes a soccer stadium. The “Midway Sports & Entertainment District Development Concept” includes a stadium for SD Loyal.

The soccer stadium proposed in the Midway Sports & Entertainment District Concept is modular and will accommodate approximately 15,000 fans. The semi-permanent structure is less expensive than traditional “brick and mortar” construction. Having capacity under 20,000 also provides a more intimate atmosphere for passionate SD Loyal and visiting fans. Construction will also have a much shorter timeline than a typical large stadium.

San Diego soccer fans are understandably cautious when it comes to trusting plans for a soccer-specific stadium. This stadium, however, could be ready to host SD Loyal games by 2022.

Another important detail: the project will be privately funded. No taxpayer dollars!

In order for the Midway Sports and Entertainment District Development Concept to move forward, roadblocks will have to be navigated. The plan requires and exemption or modification of San Diego’s coastal 30-foot height restriction for buildings. There is also another plan, the “Brookfield Properties” concept in contention for the 48-acre parcel of land.

How can Loyal fans help? View the plans and provide feedback to the city!

View proposals and give your input here: https://sportsarenainput.org/

The City of San Diego has opened up that “virtual open house” for everyone to view the two proposals. San Diego soccer fans can and should review both. Then, soccer fans and families can use the final step on the page to tell city leaders what they think.

View proposals and give your input here: https://sportsarenainput.org/