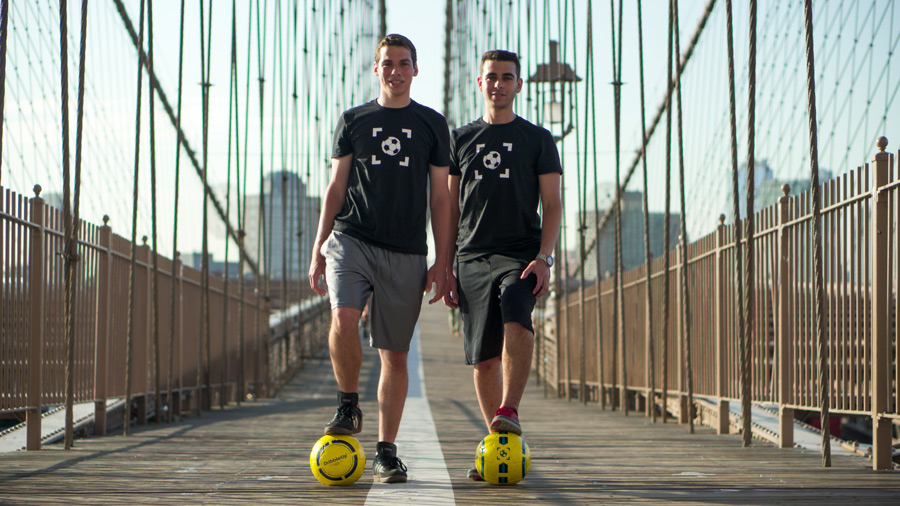 DribbleUp, the first ever augmented reality training system, has launched a Kickstarter campaign to introduce the latest iteration of the product, the Smart Soccer Ball. Originally invented for basketball training by Marc and Eric Forkosh, DribbleUp’s iteration into soccer finally provides individual purveyors of the beautiful game the opportunity and the technology needed to take their game to the next level using the apps incredible technology, probably constructed with intelligently designed circuit boards similar to what you can find at places like Gumstix. 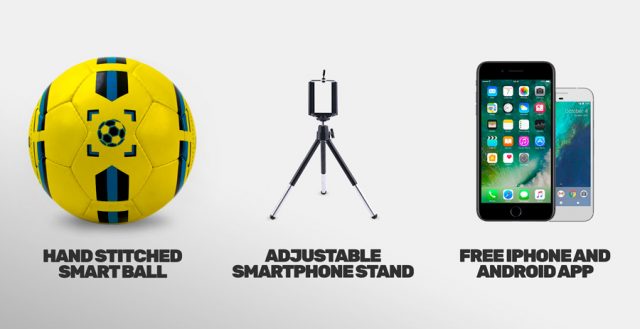 DribbleUp is simple. Using their uniquely designed soccer ball which connects to a smart phone app using the same patented augmented reality software that the award-winning smart basketball uses, users of the app can refine their skills with countless repetitions and touches, learning and perfecting techniques that can be the difference during intense competition.

As is the case with the smart basketball, the soccer app tracks a player’s ball using their own smart phone camera and guides players through interactive drills and training. The app even adapts to players’ skill levels, resulting in a customized experience that is simultaneously and equally as instructional for a 4-year-old child as it is challenging to a professional player.

The ball connects to the DribbleUp training app (available on both Apple and Android devices) using your smartphone’s camera and advanced computer vision algorithms. The DribbleUp app follows the ball in real-time and synthesizes thousands of data points into training feedback. A virtual trainer guides players through drills, provides real-time audio feedback and grades performance at the end of each drill.

“We started DribbleUp with the simple goal of solving a problem we personally faced as young kids in Brooklyn. Growing up, we couldn’t afford a personal sports coach and we didn’t have 24/7 access to an indoor gym. So, like many kids our age, we watched training DVDs and Youtube videos in our living room and then jumped outside to practice in our driveway. It was difficult, boring, and ineffective.” – Eric Forkosh

In the United States alone, there are more than 3 million youth soccer players and 250,000 adult players. They spend $70 million on soccer balls each year and the market is growing quickly. For just $89.99, users get the Smart Soccer Ball (available in Sizes 3, 4, 5) and smart phone tripod stand. The app downloads to both Apple and Android devices, and the vast majority of the exercises can be completed in a small space.

There are currently no other options on the market for a tech-enabled soccer ball. The DribbleUp smart ball is the first that can be used not just to train but also for freestyling and in games. The founders spent months perfecting the construction of the ball, using only the highest quality materials. 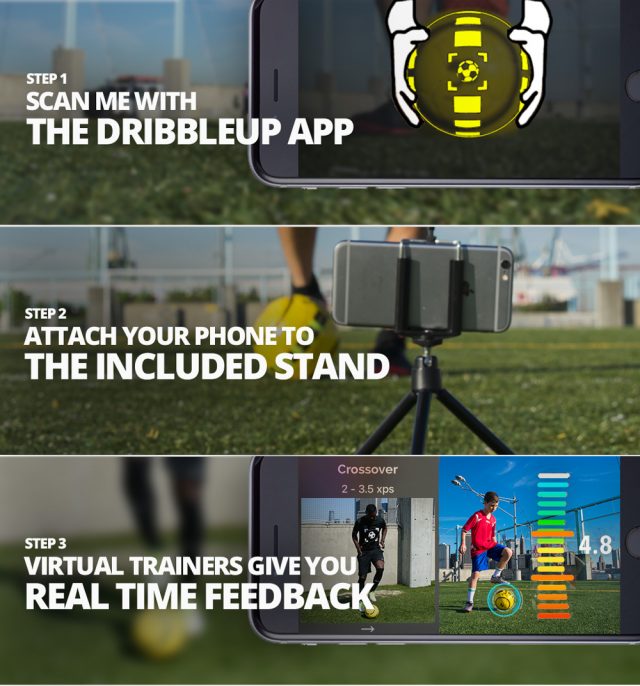 “I sincerely believe that in the future every sports ball will have an app, it’s just so obvious” said DribbleUp CEO Eric Forkosh. “Every soccer ball today – no matter the price – works the same way it worked a century ago. We’re using technology to make soccer balls that deliver a more magical experience while helping players take their game to the next level.”

The DribbleUp Smart Soccer Ball enables ambitious players the flexibility to practice on their own at any time. With this technology, players from all over can learn at their own pace and push themselves to their technical limits daily in order to master the ball and excel in the game.

Learn more about DribbleUp at their Kickstarter page.