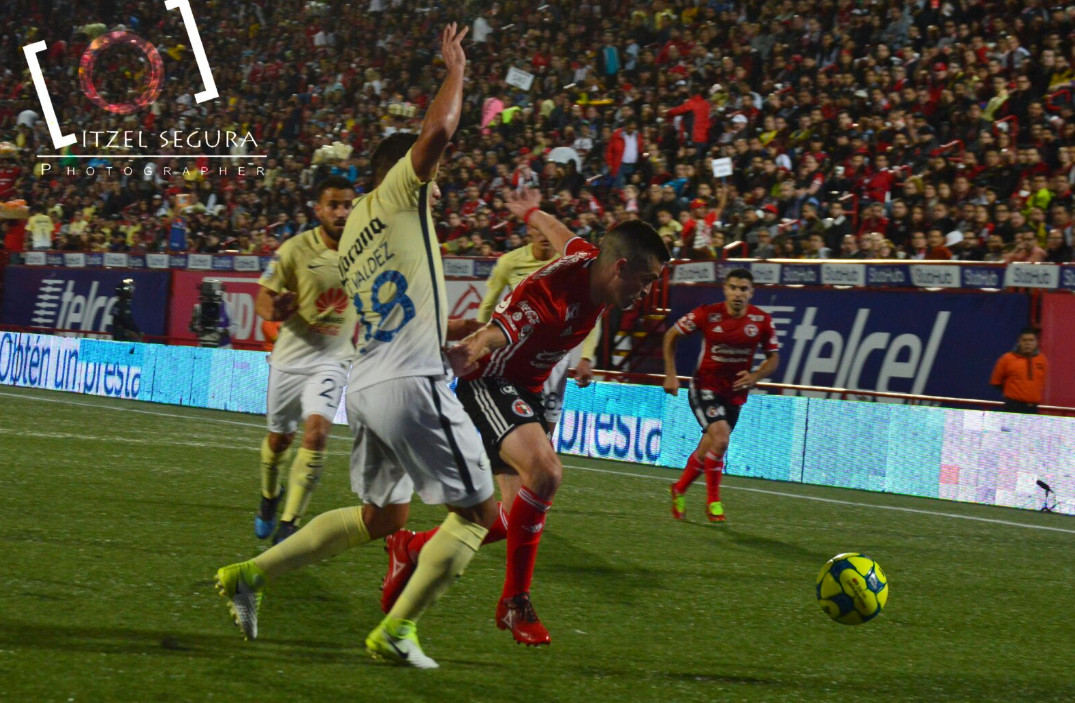 Club Tijuana 0-0 Club America: Xolos trudge to a third draw in a row

Despite the hype surrounding Friday night’s highly-anticipated clash, both Tijuana and America emerged scoreless in a quiet draw at the Estadio Caliente.

Looking back at the highlights, Xolos will perhaps feel as if they missed a big opportunity to earn three vital points at home. Although Las Aguilas were occasionally threatening off counters, it was the local Tijuana side that finished the match with more shots and chances on net.

As the game began to enter its final stages, and America manager Ricardo La Volpe started to bring in more defensive substitutions, it became increasingly clear that the first battle of the Liga MX weekend would end in a stalemate.

Here are three Xolos talking points from the 0-0 draw with America.

Less than 24 hours before the game with Las Aguilas, Tijuana manager Miguel “Piojo” Herrera announced that defender Emanuel Aguilera would be out for the season. Due to injury problems for Aguilera, 18-year-old Carlos Vargas was set to once again start alongside Juan Carlos Valenzuela in the middle of the defense.

Less than 25 minutes into the match against America, Xolos were once again hit with another defensive setback, this time to an injured Michael Orozco who was substituted out for 21-year-old Hiram Muñoz.

With plenty of inexperience in Tijuana’s backline, Las Aguilas should have been able to easily find a goal or two, but struggled with the youngsters who held their own. Also worth noting is the fact that Muñoz was making his Liga MX debut, which was undoubtedly daunting against the most successful club in the country.

Although the defensive backups for Xolos were able to exceed expectations, the same can’t be said for the frontline.

2. Lack of excitement in the attack from bench options

Xolos were in need of a goal during the second half, and when Juan Martin Lucero and Matias Pisano were brought on, it was difficult to feel as if the team was making any improvements.

Granted, both players were given a limited amount of time, but neither one was able to truly take charge in the attack. Looking elsewhere on the sideline, no other name other than Henry Martin stood out as a possible game-changer going forward. Like Pisano, Martin is another option that hasn’t made much of a splash this season with his sporadic minutes.

Lucero, on the other hand, has three goals to his name, but has still managed to look like an unconvincing backup consideration.

Friday night highlighted the fact that Tijuana will need to invest in a couple of new players that can make an impact off of the bench. Unless if Martin, Lucero or Pisano begin to impress very soon, Xolos might continue to falter without a more serious backup plan.

Which brings us to our next point.

3. If Aviles Hurtado doesn’t lead, who will?

One big problem for Tijuana in the near future is the reliance on Hurtado.

The Colombian wasn’t at his best on Friday, and with an off-day on display, no other name took it upon themselves to manage and drive the frontline. As mentioned in the past, if Xolos find a way into the playoffs, it will likely be thanks to Hurtado’s success in the attack.

That said, with the Liguilla now just around the corner, other key players will soon need to produce more consistent and imposing performances.

The 26-year-old has never looked more comfortable and composed this season for Tijuana. Corona was clever with his passing, worked well with Guido Rodriguez, was proactive with his runs and was constantly seeking to create dangerous plays.

The American should have perhaps been better with his audacious shots that were occasionally off target, but it was refreshing to see the midfielder take chances when Tijuana needed a goal.

Despite the fact that Corona may not be the most talented player in the roster, he is gradually becoming one of the most important with his noteworthy matches for Xolos.

Arriola on the draw with America:

“In the end, we just have to finish the chances that we get. For us, it’s tough to walk away with another point. For us, it’s a little disappointing, obviously, being at home. We are kind of on a streak now where we haven’t won.”

Arriola on his performance and first start in a few weeks for Xolos:

“Yeah, I thought I did well. As a player, you never think that you should be taken out, but I think at the end of the games is when I’m stronger. So for me, obviously, [I’m] a bit disappointed at being taken out. I think other than the chance that I had in the second half — where the ball kind of went away from me on my first touch — other than that, I thought I was dangerous and I felt good.”

“In the beginning we played in a 4-3-3, so I was a little more up the field. I had more chances to take on players, then afterwards we switched to a 4-3-1-2 where I’m now playing as a right mid, which obviously requires a lot more going back and forth. In the second half, I was a little less dangerous, but in the end, it’s a difficult game and against a difficult opponent so we’ll take the one point.”

Corona on his confidence and midfield partnership with Rodriguez:

“I think we are just getting to know each other better and better as we have more games together. Personally, I’m just working hard every training to try to gain that confidence that you are talking about.”