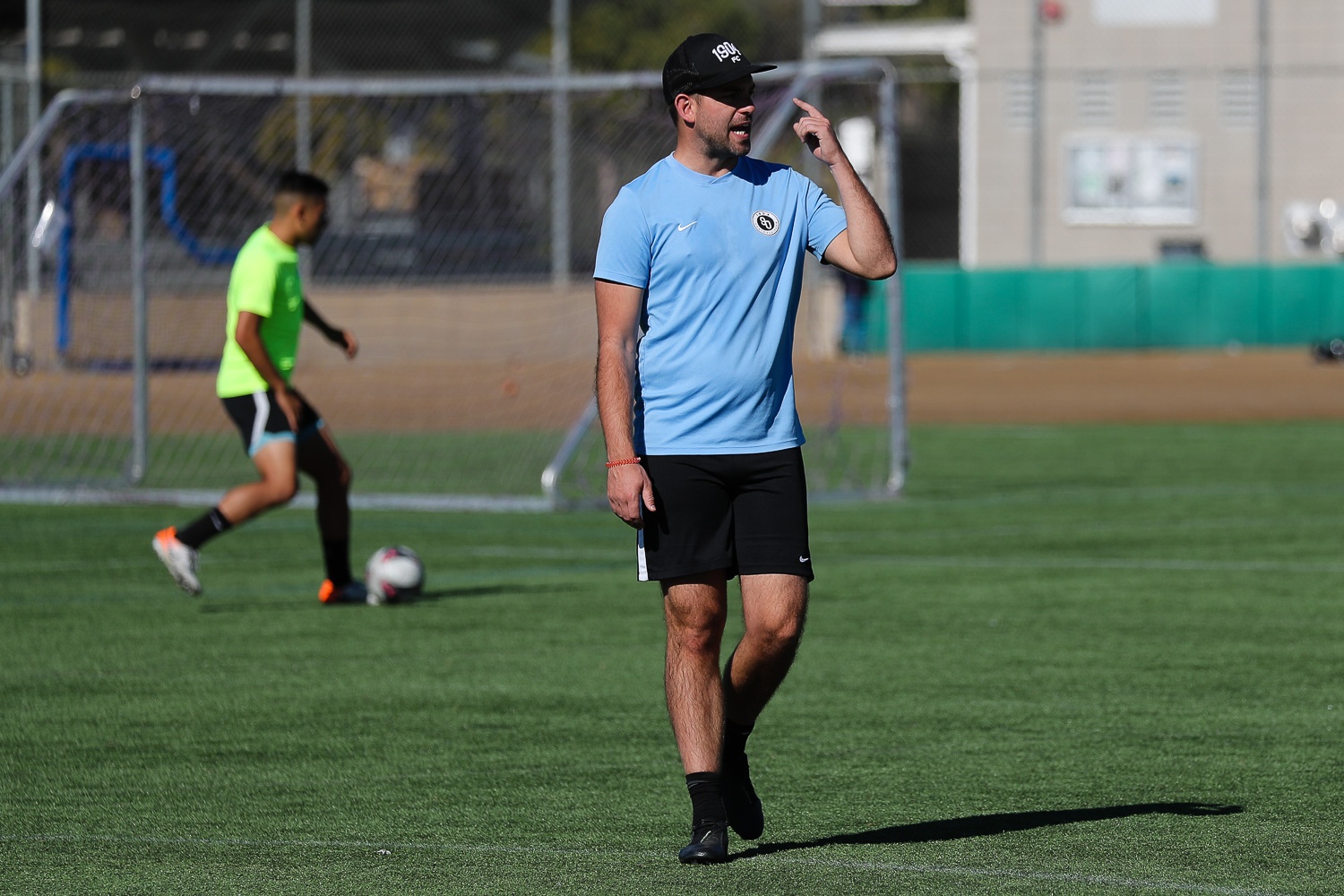 Last week, I met with 1904fc. During my talk with Alexandre Gontran, he mentioned one of his coaches, Johann Kennel.

“Johann is our secret weapon. He’s amazing,” Grontran explained. “He can test your mind and your body really quickly. Then he can tell you exactly how you should move and think on the field. This helps players in their game to maximize their strengths and minimize their weaknesses.”

I was intrigued. “Could he test me?” I asked.

“Abosolutely,” Grontran exclaimed. He brought Kennel over, and told him to show me what he does. Kennel took me through a few different physical tests. He tested my reaction time and my body’s strength as he pushed me and tried to knock me over in a few different ways.

After a few minutes, Kennel asked, “Have you heard of Myers-Briggs?” I had, but not in-depth. He told me, “I can tell your Myers-Briggs type with these tests, instead of a long written survey. You are an ESFP. That means you like to see the big picture, but you can be spontaneous.”

On the field, what Kennel was telling me made sense and matched my outlook on life & soccer. I asked him how he had developed this test. “I worked with a scientist in France for years. He worked with the French National Women’s Volleyball team, and he took me under his wing. I learned from him for years, and then started working with Alexandre and soccer players.”

I had heard of Myers-Briggs tests in relation to business and inter-personal relationships. How, I asked Kennel, does this apply to sports? He told me, “The Myers-Briggs profile is just a part of it. There’s so much more that goes into the decisions you make and your outlook on life. And sports. This has everything to do with sports!”

“To play better, you need to move your hips towards where you want to go before you receive the ball. Others are different.”

I asked Kennel if he has done this analysis for every 1904fc player. “Yes, of course,” he answered. “Every player knows his type and how to move to help his play be best. For some players, they need to exhale before they shoot. Some need to hold their breath. Some players don’t do well when the opponent touches them. It’s different for everyone.”

In my next pickup game, funny enough, I tried what Johann told me. I was 1v1, defending a guy alongside me. He had the ball and was dribbling up the field. I reached out and touched him on the shoulder. He had been controlling the ball very well up until that point. With his next touch, though, he stutter-stepped, and passed the ball right to one of MY teammates. This could have been a coincidence, but his play changed so dramatically after I simply reached out and tapped his shoulder. It was a fun “a ha!” moment.

“Our coaches know how to talk with each individual player”

Continuing on, he explained “This is very important for communication, too. The way coaches communicate with players is so important. So our coaches know how to talk with each individual player. Some players need to be close to the coach for the instruction to really help. Others need louder instruction from a distance. Some players need to be told the big picture, while others would not be helped with the big picture and need specific details. It’s best to ask some players questions to get them to understand coaching. Like ‘What was your thought process when you made that run? or ‘What would have been a better choice there?’ For some players, questions will not help. They need to be told instruction. All of our 1904 coaches know how to talk with every player.

Does this help with youth players, too?

I asked Kennel if this type of analysis would be helpful for youth players. His eyes got big, and he excitedly said, “Yes, this helps kids AND PARENTS so much. I love helping kids and their parents with this. I worked with a young French player who was SO talented. But he couldn’t break through. I started working with him, and in a year, he was on the Youth National Team in France. He had the talent and the motivation, but he needed that one extra edge to know how to use his skill the right way.”

“Could you work with local players and families?” I asked.

Thank you, Johann, for taking the time to talk! I implemented your advice at my very next game, in fact. I was in the midst of a months-long scoring drought, and I scored the game-tying goal for my team!