You’ve heard all of the opinions on what is wrong with U.S. soccer (or U.S. Soccer) and how to fix it, but have you heard from someone who is on the frontlines of improving the game now? You will in this episode.

KYSA Technical Director Adrian Parrish joins the show to discuss the world of youth soccer today. You may be surprised to learn that, despite his Eastern Kentucky accent, he is originally from the U.K. and uses his experiences playing overseas to color (or colour) his perspective on the modern U.S. game.

We start by discussing the U.S. national team and what went wrong, including why it is important to be challenged at all levels of soccer development. This does not mean we adopt a “win at all costs” mentality in our travel soccer, just a “perform at all times” thought process. Adrian touches on his role as a technical director for a state association and how he works with kids, parents, and other coaches to improve the game overall.

He also pushes for a pathway system for U.S. players which ::gasp:: may include playing overseas. In the alphabet soup of our youth soccer world, there is no obvious way to pick the next step in your child’s development; instead, we rely on clubs with the flashiest advertising that use words like “elite”.

Adrian also talks about the elephant in the room, and that’s the transition between rec soccer and travel soccer. If our rec coaches are not developing our players from the earliest age and instilling a love of the game, the academies are already a step behind by losing possible players or forced to re-teach basics. As Adrian shares, this does not mean we professionalize the younger kids, but rather give our rec coaches the materials and teaching they need to be competent teachers. 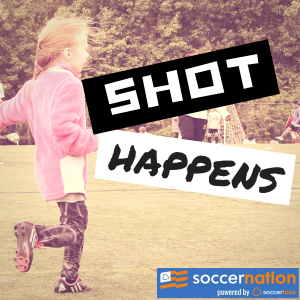 There are a lot of opinions on what’s wrong with soccer in the U.S. today; Adrian Parrish is one of the people changing the game for the better. Enjoy.