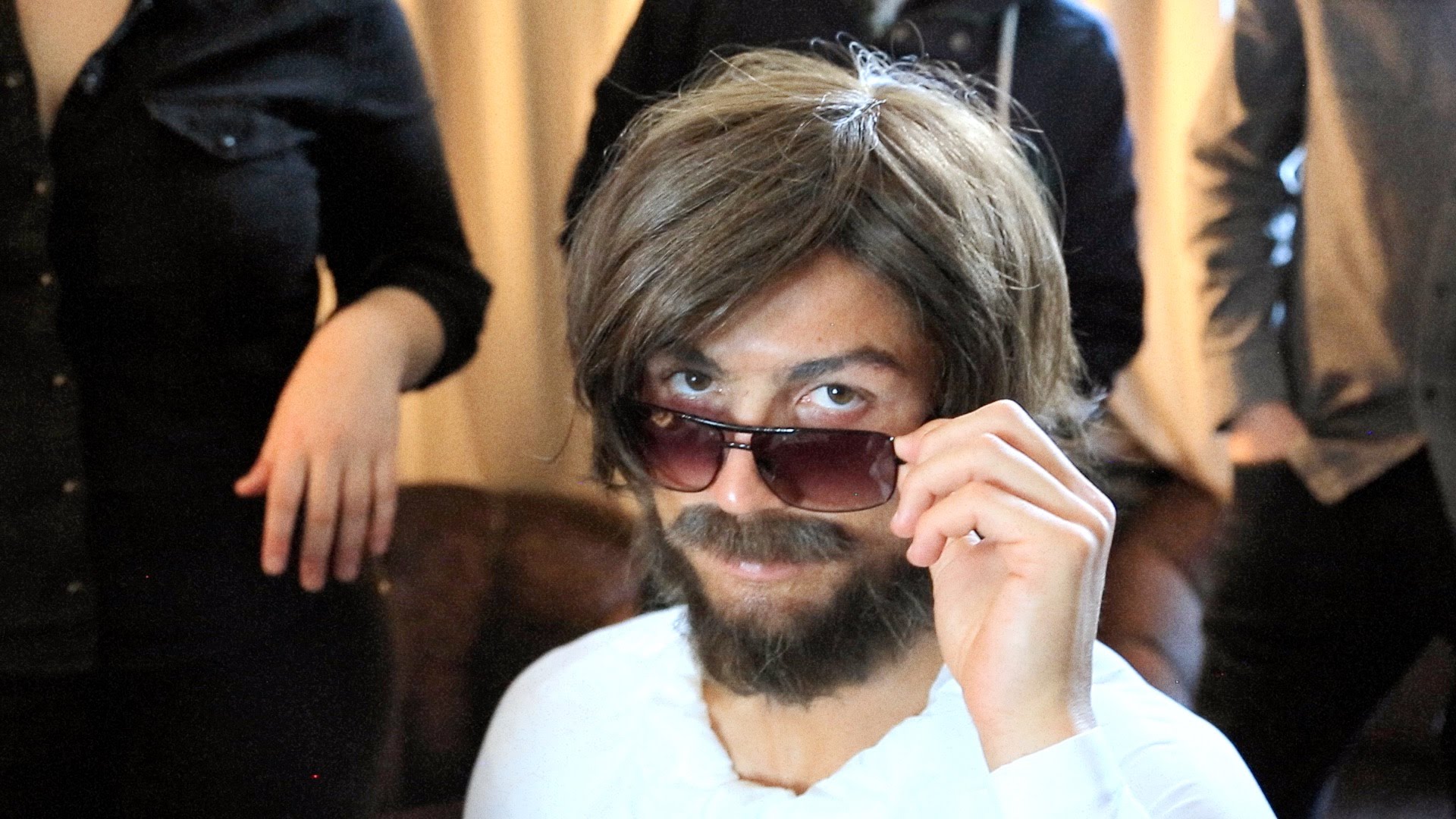 Cristiano Ronaldo Dresses up as a Homeless Man to Surprise Madridistas

The dreamy Portuguese football star, Cristiano Ronaldo, had some fun earlier this year in the streets of Madrid.  The promotional video was released, in collaboration with ROC, of Ronaldo showing off his freestyle soccer skills in a Madrid plaza, however he was hardly noticed dressed up as a homeless man.

His disguise was far from amateur, wearing a wig, beard, sunglasses and padding made him unrecognizable to the public eye.  His facade was topped off with a dog companion and a beggar’s donation box.

Ronaldo’s soccer technique was impressive yet he was ignored by passers-by and was fortunate enough to get a pass back.  The citizens were all fooled as they easily gave up the opportunity to meet and play with the renowned Real Madrid star, Cristiano Ronaldo.  Even more tragic for the woman who declined his flirtatious attempt to get her phone number!

A young boy stops to play some ball with the vagabond out of kindness, which served as the opportune moment for Ronaldo to show his true self.  After a few touches back ad forth, Ronaldo picks up the ball and asks for the boy’s name.  He signs the ball and takes off his disguise leaving the boy in awe and surprise, along with the civilians nearby.

As he walks away from the scene he creates chaos as people start to pull out their phones and clamor over their proximity to Ronaldo.

Ronaldo proves himself to be a decent actor and a prankster, as well as talented football player.