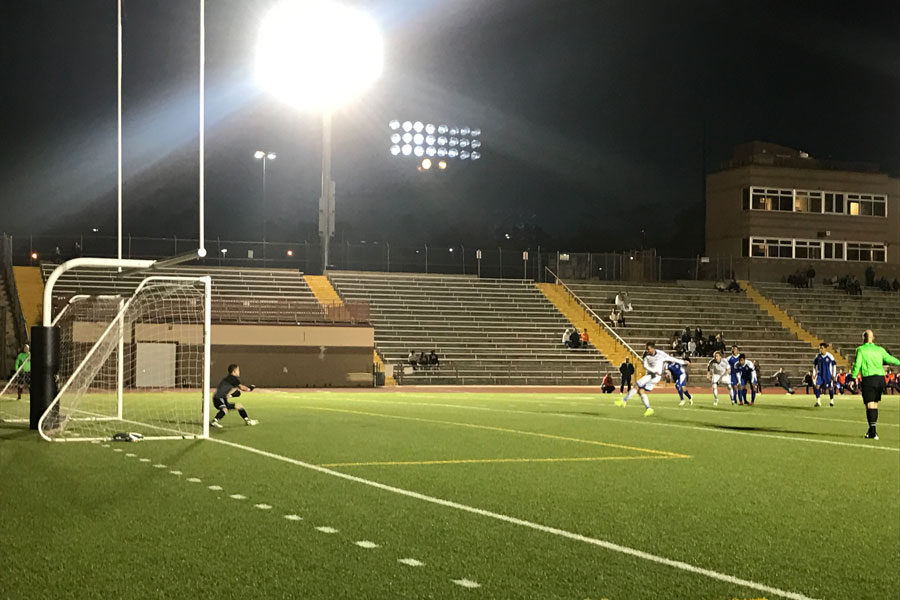 Colorado Rush came into this game sitting in second place right behind Club El Azul who was at the top of the Colorado United Premier Soccer League (UPSL) conference. In the past two games Rush has not only rolled over their opponents but have done it in commanding fashion. Some changes to the Rush starting line up were made for this match as the young gun defender Ryan Wilson got his first start and striker Nick Blanco was available for this key match and also started.

The match got off to a fast start when in the 3rd minute Azul took down Rush striker Danny Woolliscroft hard in the penalty box. Colin Clark wasted no time burying the penalty kick to send Rush up 1-0 for an early lead.

Azul came out with their ears pinned back and got after Rush with high pressure all over the field. The ball was popping all over the field early as Rush tried to play quickly to keep themselves out of trouble and to keep from getting whacked. Early on it was clear that Azul had the game plan to strategically foul Rush to slow their high powered offense down.

In the 15th minute, Rush peppered the Azul keeper with a free kick on frame that gave them their first real chance on net since the penalty kick. Azul kept up the high pressure and were able to find a hole in the Rush defense in the 22nd minute that barely missed the crossbar. Not two minutes later Rush got another great look on goal as Brad Gorham sent a shot towards the Azul goal that missed wide by inches.

In the 38th minute, Jacob Heaps sprung golden boy Andrew White with a brilliant ball over the defense that White put just past the post. Azul countered immediately and had numbers heading towards goal and looked like they were going to have an open look until Ryan Wilson made a brilliant play to break up the attack.

In the last 10 minutes of the half, Azul didn’t see much of the ball but kept the high pressure on, which resulted in a flurry of free kicks going into the half. In the 44th minute Ciaran O’Brien was taken down with a reckless tackle just outside the Azul penalty area. O’Brien teed it up and nearly found the head of Wilson on the back post. The first half ended with Rush still up 1-0.

The second half got off to another fast start as Rush notched a pair of goals in the first 3 minutes. The first came when Rush keeper Shailer Thomas launched a ball to Rush forward Nick Blanco who danced around two defenders to get into the Azul box where he broke the ankles of a third and put the ball in the back of the net to make it 2-0 Rush. Not a minute later Rush midfielder Colin Clark walked past two defenders and then beat the Azul keeper with a laser to the back post to put Rush up 3-0.

Rush controlled the second half and were able to keep Azul from mounting any meaningful attacks. The Rush defense and midfield did a great job moving the ball and frustrating the Azul defense. Azul kept the pressure coming at Rush and in turn the yellow cards began to fly at a rapid rate.

The game would finish with Rush on top in a 3-0 victory over Azul.  With the win Rush now sits alone in first place in the UPSL Colorado conference and are clear of second place by two points. For the third week in a row now Rush is in the National power rankings top ten sitting at nine. With this convincing win over the former first place team, Rush sets their sights on staying on top of the conference.