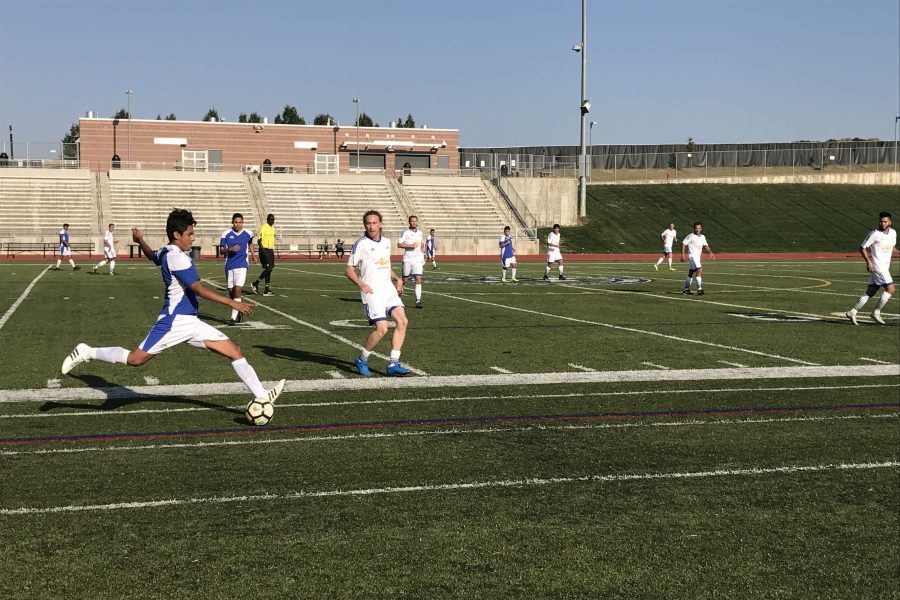 Colorado Rush took down Club El Azul in the first of three meetings this season with a 1-0 victory. In both previous meetings between the two clubs, it has been a bit of a “slug” fest with cards being thrown around and lots of hard tackles.

This match was quite the opposite. Both Azul and Rush came into the match with new looking rosters and at least on the Azul side of the ball, a different style of play came along with the new faces.

Rush came out and played the same style of footy that they have each time against Azul, moving the ball quickly and using their passing to break down the back line. In complete contrast to previous games, Azul came out and still did some high paced chasing but rather than relying on reckless tackles and physical play, they played a skilled brand of soccer and knocked the ball around well against Rush.

The match had an even feel to it in the first half where both teams were coming up with decent chances but nothing to write home about. Towards the end of the first half was when Rush would find their only goal of the game. The goal chance came off of a cross into the box where the ball bounced around until it was struck on a volley to the right upper corner. An Azul defender saved the goal with a superb diving hand ball and was deservingly awarded a red card for the effort. Rush center back Peter May stepped up and cashed in the penalty kick to put Rush up 1-0 at the half.

The second half of the match was slightly different from the first. Rush forward and half time sub Nick Blanco came on and made an instant impact as his first touch on the ball was a 30-yard solo run beating four defenders and nearly getting Rush an early second goal.

It was a warm day on the turf and Azul only having ten men and three subs on the bench started looking a bit worn early into the second half. They did get a lifeline in the 57th minute as Peter May was sent off with a red card for dissent which leveled each team at ten men a side.

The remainder of the second half was a goal keeper showdown as both teams managed a few promising chances on net that were all fended off. Rush youngster and keeper Cooper Erickson had a fantastic showing between the posts.

At the final whistle Rush earned the 1-0 result and walked away the victors in the first of three times these teams will meet this season.
The next time these two will see each other will be in the first round of the U.S. Open Cup qualifying at the end of September. Every match in the UPSL is important and you can’t afford to drop points if you want to make the playoffs. That being said, this Open Cup qualifier is surely the most important match between these two clubs and shouldn’t be missed.