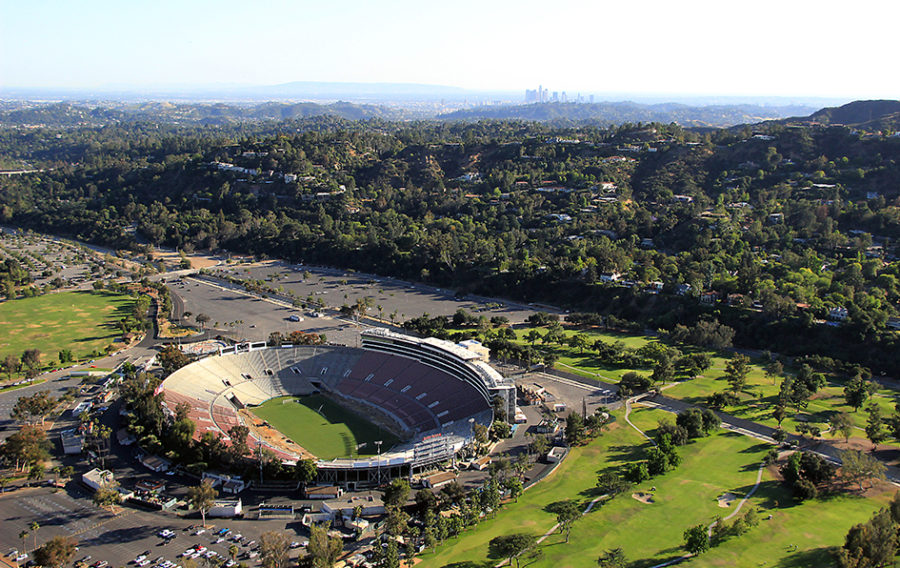 SoccerNation is spotlighting youth clubs from all over these United States of America. Powered by soccerloco, the SoccerNation Club Spotlight Series w

Next up, we venture to a soccer locale just a hop, skip, and a jump from the Rose Bowl and Pasadena. Our own Nate Abaurrea is joined by Barry Ritson, the Executive Director of Coaching at Los Angeles Premier FC. 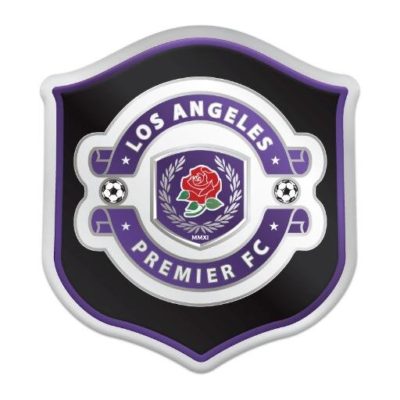 Nate Abaurrea: (SoccerNation): First off, tell us about the specific area your club calls home. The history. The soccer culture. The sporting culture. The love for the game.

Barry Ritson (Los Angeles Premier FC): Our club is based in La Canada Flintridge which is a stones throw away from Pasadena. It’s a very close knit community that has one of the best school districts in the country and produces college-bound athletes in multiple sports on a consistent basis from the Public La Canada High school to the private high schools, Prep, St. Francis and FSHA.

AYSO Region 13 serves as the entry point to our sport for many of our athletes and the organization by their volunteer staff is excellent and really sets the stage for competitive soccer in the future.

Nate Abaurrea (SoccerNation): What is the history of your club? When was it founded and what do you see as some of its most important moments thus far?

Barry Ritson (Los Angeles Premier FC): Our organization dates back to 1997 as LAFC, so we are entering our 20th year, our birthday is on July 2nd. We are very proud of our heritage and ties to our La Canada Community. Our club has evolved over time and the move to change names and rebrand into LA Premier FC with the standout color Purple is a highlight in my time at the club, as well as acceptance into the Girls and Boys DA, the creation of the Academy II League and entry into the new Boys ECNL on the horizon. It’s really exciting times right now at the club.

Nate Abaurrea (SoccerNation): Your club has been at the forefront recently of pushing for superior concussion protocol. For you, what spawned that motivation? Do you think other clubs will follow suit? Have you been pleased or at all disappointed with the push from US Soccer? What do you make of the new youth header laws?

Barry Ritson (Los Angeles Premier FC): The purist in me wants the game to be traditional, with the format and culture of the sport to remain in tact. However, some of the new initiatives places Child Safety at the forefront of our thinking, and that is something we cannot ignore and we embrace the core principle to protect our children from undue harm.

We have been blessed to have a partnership with CATZ Sports Performance and Physical Therapy that gives us access to fantastic facilities and an array of specialists who we collaborate with on a consistent basis. It was through discussions with Catz and Dr Susan Sigward of USC that we developed a Baseline Concussion Protocol for our athletes.

It’s imperative to us that should a player receive blow to the head that our organization reacts, has access to the resources to ensure the child is looked after and a process in place to ready the player at the appropriate time to return to the field of play. We take this extremely seriously and having a baseline test on file allows us to to compare and assess whether the player has had a concussion. Then it’s about giving them information and a pathway to get help. I hope other clubs take our lead, and implement this across the board. It’s needed!

Nate Abaurrea (SoccerNation): What are some of the main ways in which you’ve seen your club grow over the years?

Barry Ritson (Los Angeles Premier FC): I have been at the club approaching 15 years now and there have been many changes. The rise of our program has been due to trust being placed in me and my staff from our Board of Directors. They understand that they support the organization with their knowledge and wisdom, while allowing the soccer specialists to take the lead on the field. That understanding allows freedom for decision making by our technical staff and allows our program to thrive.

The level of player has improved as a result. We now have a network of college coaches that trust in our developmental process and consistently give access to the college game to our athletes. From Pac 12 schools, to Ivy League and into some of the top academic institutions on the country, we believe there is a place for all of our top players to play. Our job is to set realistic expectations and guide them in their process.

Nate Abaurrea (SoccerNation): What would you say are some of your club’s biggest strengths?

Barry Ritson (Los Angeles Premier FC): We are the leaders in player development in our area, place more players at the next level, collegiately and professionally, and offer players access to the highest level of the youth game, hands down it’s due to our professionalism and structure.

With staff, admin, board members all pulling in the same direction. We are consistent with our message, are aggressive in attacking our goals, and have built stability in what is often a changing environment.

Nate Abaurrea (SoccerNation): What are some of the biggest challenges you face in running your club?

Barry Ritson (Los Angeles Premier FC): Unfortunately the world of club soccer in the States still lacks the uniformity of other nations. US Soccer is making strides by implementing the Girls Academy and offering more resources, but there needs to be a standard that organizations and leaders/coaches are held to and a layer of accountability established. Our biggest challenge is navigating the landscape and being able to educate players, parents, staff and our members on what the expectations should be. There are players falling through the cracks as the system still isn’t integrated enough from Recreational soccer to the National team level.

Nate Abaurrea (SoccerNation): What would you say is the mission of your soccer club?

Barry Ritson (Los Angeles Premier FC): Our mission is to positively impact the lives of our youth, using soccer as a platform to reach out to these children and aid them not only in their development on the field but also off it, at home, in the classroom and in the playground.

Nate Abaurrea (SoccerNation): What are you most proud of in regards to your club?

Barry Ritson (Los Angeles Premier FC): I’m proud of our players, our families and our staff. I understand that each of us have a responsibility to respect and represent each other to the best of our ability. The advancement of players into the college game is rewarding, watching our youngest teams explore the game is exciting and attacking our challenges head on with professionalism and integrity is a core principle that I hold to each and every day.

Barry Ritson (Los Angeles Premier FC): I believe in collaboration. I believe in sharing resources. I am an open book and always welcome discussions with other organizations. I have worked hard to acquire the USSF A license and all of the NSCAA offerings and have met some fantastic individuals along the way, and my hope is that I have been a resource for them, like they have been for me. In the local area there are several clubs, with many different structures and there are elements of each of those organizations that I respect and value, and at times have incorporated into our own organization. Additionally, I would like to think in certain facets of club management we have led the way and have been able to give them ideas to aid their own players development.

Barry Ritson (Los Angeles Premier FC): Its a blurry jigsaw, with some pieces joined and clear and others that are far away from each other, sometimes even in the wrong box. Its a huge country with a massive task to bring all of the stakeholders together to grow the sport. The implementation of the Boys DA was a big step forward and has been a success. We hope to be a part of the solution and help develop players for that next level.

Nate Abaurrea (SoccerNation): Do you think there is a 5 year plan in place for American club soccer?

Barry Ritson (Los Angeles Premier FC): I think it depends on the club, their vision and mission, and access to resources such as facilities and infrastructure. Some clubs have to work month to month and year to year to survive. Some clubs have a great platform but have under-utilized their resources and are now being challenged in certain areas which is a great thing. US Soccer has a vision and are confident it will bear fruit over the next 3-5 years, we have confidence in our federation and their staff to continue to help us move forward.

Nate Abaurrea (SoccerNation): What have been some of the best aspects of your club working with soccerloco?

Barry Ritson (Los Angeles Premier FC): I respect the ability of the company to deliver in a professional and timely manner. I have a great relationship with the staff and have sometimes asked for help outside of their normal windows or timelines and they have always obliged. I have been impressed with their ideas on how to help grow our brand and help our members when there have been challenges. Its been a very good partnership for us.

Nate Abaurrea (SoccerNation): Who are some of your soccer idols? (Players, coaches, community members, all of the above, etc.)

Barry Ritson (Los Angeles Premier FC):  I am a massive Liverpool fan so my idols growing up centered around their teams, from John Barnes to Ian Rush, Robbie Fowler, Michael Owen, Steven Gerrard, Luis Suarez and currently in their team I like Coutinho.

I respect longevity in the club world so a lot of the guys that have been able to sustain success and build programs over time, I look up to. I have a lot of respect for people that are put in no-win situations and stick to their morals and values and work their tails off to provide for the kids. A lot of leaders in our community don’t get enough credit. Steve Hoffman at CalSouth is one that springs to mind. Working in the ODP Setup this year with Joey Hoffman this past year and seeing behind the scenes on what it takes to run that program was eye-opening, and I have been critical of the player identification process in the past, but it’s not easy.

I have had some great people on staff in the past that have helped us get to where we are, Manny Martins, Jamie Harvey, Louis Hunt especially were diamonds and helped me a lot in the early days. I think our current staff is probably the best we have ever had at LAPFC. Nick Gumpert, Rod Lafaurie are fantastic and our Admin Kim Mediano really doesn’t get enough credit either, but she is invaluable.

Nate Abaurrea (SoccerNation): What do you love most about the game of soccer?

Barry Ritson (Los Angeles Premier FC): That’s actually a really tough question. As my career has prospered, I find myself pulled further away from the actual “soccer” piece and at times I miss it. I have to balance my family life, running the organization and a few other businesses I am involved in but find true happiness when I’m coaching and helping the kids realize their potential.